Emperor Naruhito is said to have a strong modern as well as a strong peace strain. 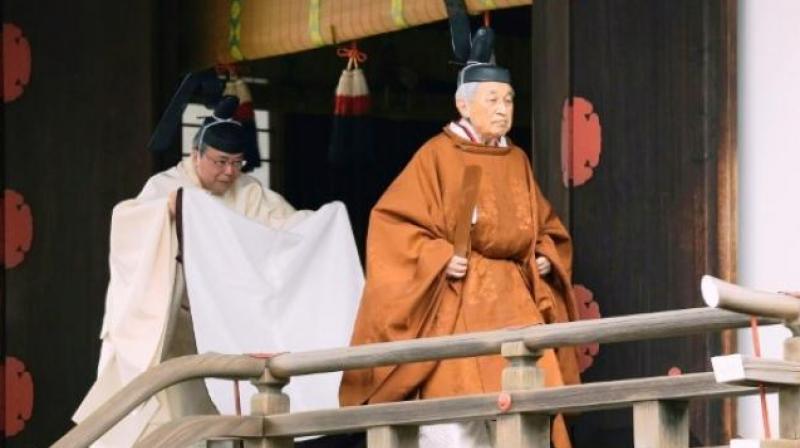 Emperor Naruhito is to ascend the Chrysanthemum Throne on May 1 on the abdication of his father, Emperor Akihito, in his favour on Tuesday. (Photo: AFP)

Emperor Naruhito is to ascend the Chrysanthemum Throne on May 1 on the abdication of his father, Emperor Akihito, in his favour on Tuesday. Such an imperial relinquishment is occurring in Japan for the first time in over 200 years, but by his Oxford training, and temperament, the new man on the throne can be said to be well-equipped to negotiate the demands of modernity in every sense, not excluding the appreciation of politics, technology and cultural change.

Japan's 1947 Constitution, established with American inspiration after Japan's unconditional surrender in the Second World War, precludes any role for the monarch in government and politics. Nevertheless, the monarch's role was retained — not jettisoned — as a symbol of unifier at a time of great historical trauma and national stress.

Emperor Naruhito is said to have a strong modern as well as a strong peace strain. These are ideal prerequisites in a monarch of a country of extraordinary technological attainments, although one that has come under political uncertainty due to the prickly rise of China as well as the nuclearisation of North Korea — both in Japan's immediate
neighbourhood.

Not long ago, Japan has embarked on a policy to allow thousands of guest workers. The Emperor, in his role as unifier, has to look at this aspect closely. In Japan’s period of uncertainty, India-Japan ties have struck extraordinary cordiality, beginning with the visit to New Delhi of the Emperor and Empress of Japan, a first, in late 2013.

The new government that takes office after May 23 will do well to lay the groundwork to invite Emperor Naruhito to this country at an early date to reinforce the strong foundations of our ties.