Stories of race and isolation in London

The isolationist report statistically detailed what Britain should be well aware of. 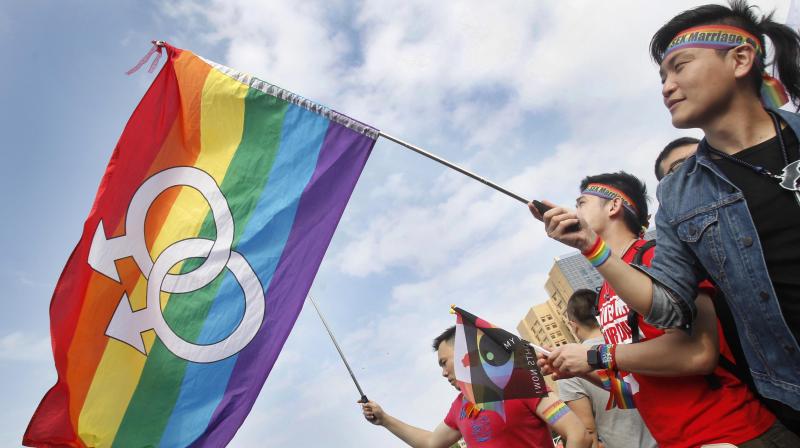 “To dream a national dream
A nation must be asleep
And lumbered by its slumber
Elect a national creep.”
From Selections from Diwan-e-Bachchoo (Ed, by Terry Marco Polo)

Two reports from official UK bodies were published at the end of 2016. The first one traced the persistent isolation of immigrant communities from the mainstream of British life. The second, with no reference or connection to the first, but with a symbiotic relevance to it, was about the discrimination of race that persists in the practices of employment.

The isolationist report statistically detailed what Britain should be well aware of. In the Midlands of Yorkshire and Lancashire, the centres of towns such as Bradford are almost entirely Asian, mostly the descendants of immigrants from Mirpur in Pakistan-occupied Kashmir and from Bangladesh. The “native” population of these towns has moved to the surrounding, still picturesque villages, leaving the town centres to Asian shops and restaurants and churches converted to Islamic institutions dedicated to one purpose or t’other.

The mills are gone from these areas and the mosques flourish. The report highlighted the potential dangers of this sort of self-selecting apartheid. There is no doubt that the incidents of Islamist terrorism, carried out or prevented by the intelligence services and police, originated in these isolated communities. The five young British girls of Bangladeshi parentage, who ran away to Syria to volunteer as “jihadi brides”, came from London’s Tower Hamlets (which, incidentally boasts more mosques per square mile than Mecca).

Birmingham has in recent years experienced what the media called the “Trojan Horse” penetration of its schools. Several schools, legally established as Islamic institutions, were infiltrated by radical Islamicist governors who then proceeded to appoint radical Islamicist head — teachers and members of staff in order to spread their pernicious doctrines. In the same years that the British state has legalised gay marriage, these schools have been detected preaching hatred against homosexuals. Freedom of thought and expression in Britain ensures that one may have one’s opinion about homosexuality or gay partnerships; and freedom of expression extends to allowing one to say in print that homosexuality is not sanctioned by God or nature. What is forbidden is the spreading of hatred or the instigation to violence against people of a different religious or sexual orientation. The “Trojan Horse” schools were traced and their radical orientation neutralised. This doesn’t mean that the inclination to infiltrate hearts and minds through entryism into schools or through preaching in mosques has been eradicated. It simply means it’s awaiting the next opportunity, made entirely possible by the isolation of the communities in which it breeds.

The report has no instantly implementable solutions to the obvious and growing social dislocation caused by this evolved isolation. To integrate schools through a prescribed ratio of ethnic populations has been mooted but would entail the transfer of children from their neighbourhoods into alien ones and that would undoubtedly meet with parental resistance from all sides.

The only first step, short of legislated solutions to reserve housing stock, places in educational institutions and ethnic quotas in employment, which I can think of, is a change of heart and orientation through the media.

There is no conclusive proof that TV, while it informs, educates and entertains, does anything to directly influence social currents. (The exposure that TV gives presidential candidates in the US may even point the opposite way — that voters move in the opposite direction to TV persuasion.) Nevertheless it remains true that TV provides the central forum for national conversation and perhaps even for national awareness. This is not the place for a prescription as to what British TV should be doing to integrate the isolated communities and facilitate a sharing of national, if diverse, values. It can however be the medium for a story of good intentions.

A friend of mine who runs a TV production company has over the last year been researching a chain of very successful “Indian” restaurants called Akbar’s, situated in Leeds, Manchester, Sheffield, Bradford and Glasgow. Its owner, a young man called Bashir who likes to be called “Bash” set the chain up from scratch. He worked as a kitchen hand, a waiter, a chef, a manager, etc. before opening his own restaurant and progressing to owning and running one of the most popular Indian restaurant brands in the country.

The TV producer friend has come to the conclusion, after the “isolation” report was published, that he should pitch and do something towards integration. He has observed that the workers in the Akbar’s chain are all Asian — mostly Muslim and Mirpuri. He now proposes that Bash begin to recruit white workers in all departments and capacities to train as chefs, waiters, managers, buyers and any other employment the chain offers. The TV crews would then follow the recruitment process through the lives and interviews of the candidates, the business of the restaurants, the competition for the job, the training of the successful candidates and their integration into the various restaurants and subsequently into the lives of their fellow employees and communities from which they come. He has tentatively called it “Can Whitey Work for Akbar” an exciting TV prospect and I don’t see how a commissioning editor at the BBC, Channel 4, or any other UK channel can resist it.

In a radio discussion on the second report on discrimination in employment, a contributor said he sent the identical CV to several employers under his own distinctly African name and a copy under a pseudo British name. The Brit was summoned for an interview but the African was not.

Another contributor said she wasn’t going to see any drama or ballet, which didn’t have a racially integrated cast. I would have told her, but didn’t, that I have written a pantomime which is running in London today called Bollywood Jack — featuring a distorted, ethnicised story of Jack and the beanstalk — and all the actors and musicians are distinctly non-British! She should go!