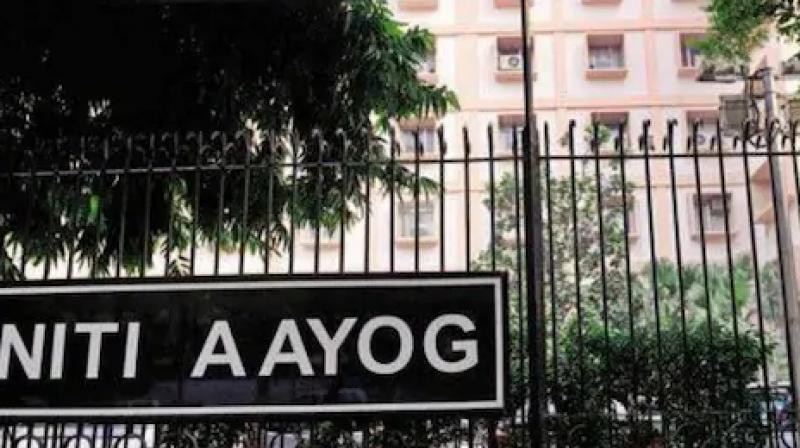 The Niti Aayog booklet explains that the National Infrastructure Pipeline (NIP) is to be financed through the National Monetisation Pipeline. (PTI Photo)

The Niti Aayog has invoked the Australian and Indonesian examples to show that this is something that has been tried elsewhere too and it can be replicated. It is the Asset Recycling Initiative in Australia and the leasing of Melbourne Port to a private consortium has been offered as an example. In Indonesia, it is the Limited Concession Scheme (LCS), which is seen as an alternative to the Public Private Partnership (PPP).
Given that the governmental does not have the money, this appears to be an understandable proposition, especially in the Covid-stressed years of 2020-21 and 2021-22. The situation was quite bad in 2019-20 as well. But neither Prime Minister Modi nor finance minister Sitharaman had ever candidly admitted the financial crunch. They could not have done that because that would have been seen as a declaration of failure, and this government hates to admit that it has failed in any area.

But it is understood that to create fresh assets, you may have to find different ways of raising resources. The government usually does this through tax revenues. The tax revenues have not been good enough in the past two years, and there was also the additional burden of welfare spending. But there is not much transparency in the government’s welfare expenditure. In 2020 and in this current year, the government spent on distributing foodgrains, doling out money to the poor, old people and farmers. There is a suspicion that the government has spent less than what it claims to have because the distribution of foodgrains is from the buffer stocks, and the budget for grain procurement is a regular one. What is spent by way of old age pensions and payment to farmers is not really a drain because it is a shared expenditure between the Centre and the states.

In a normal year, tax buoyancy gives that elbow room to governments to invest in new infrastructure, and the market provides the other source. The Reserve Bank of India has been telling us about bond markets, and how the RBI hopes to keep the financial flows going. This is apart from the record foreign direct investment (FDI) inflows that the government has been boasting about. Private investment, including foreign investment, does not seem to be taking off in India. And no one wants to ask the question as to why this is so.

The NMP is meant to dovetail into the NIP, or National Infrastructure Pipeline, as the Niti Aayog observes. But the crux of infrastructure creation through private sector investment seems to be a dead end. The government may have to go back to the old school approach of raising taxes and attracting funds through the markets to build infrastructure and hope that the economic growth that this would trigger will help the government to get back the money it had spent through tax revenues.

What is needed is huge governmental spending, something that the United States is trying to do through its trillion-dollar budget allocation for infrastructure, including social welfare. Governmental spending is the imperative of the day. Though the Indian government has claimed in successive budgets that its capital expenditure has increased, it really has nothing much to show for it.

The Central Vista Development/Redevelopment Project, apart from its debatable aesthetics, is the kind of approach that the Narendra Modi government needs to adopt across the broad spectrum of the economy. And instead of free rations, the government should create employment so that people can buy quality foodgrains than what is offered in the government-run fair price shops. People want jobs, and not doles. The government should take up infrastructure projects on its own, and create jobs, which will in turn create demand in the economy. The attempt to shift the responsibility on to the private sector does not seem to be working. The private sector is turning out to be a better shirker than the government. Instead of convoluted expenditure-growth models like the NMP, the government should just go and do the job itself.