According to Rinzai Zen, “sudden” enlightenment could be achieved, possibly after self-cultivation spread over many lives. 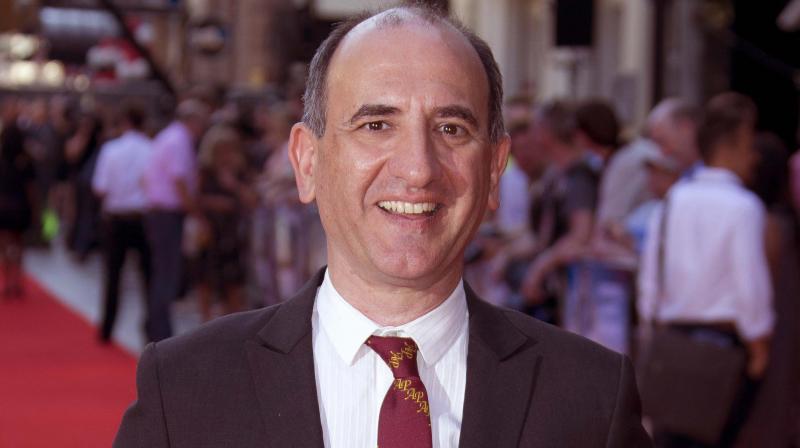 In his 1852 critique of Louis-Napoléon Bonaparte, Karl Marx begins by citing the Hegelian remark that “all great world-historic facts and personages appear, so to speak, twice. He forgot to add: the first time as tragedy, the second time as farce.”

Whatever one might think of that opinion, it would surely be uncontroversial to argue that the artistic recreation of history, or even current affairs, as farce involves stepping into tricky terrain. It should be equally uncontentious to claim that the Scottish satirist and director Armando Iannucci is a past master in this genre, with his television comedies The Thick of It and Veep offering hilarious excoriations of, respectively, British and American politics.

His most recent film, The Death of Stalin, shows him to be equally capable of tackling Soviet history with a sharp eye for absurdity.

Joseph Stalin was no joke, of course, particularly to his millions of victims, who included the cream of the Bolshevik intelligentsia.

And there was a kind of poetic justice in the way Stalin’s depredations possibly contributed to claiming his own life. One of the striking features of the final phase of his rule was a wave of anti-Semitism, a crucial aspect of which was the so-called doctors’ plot, whereby the nation’s leading medical experts — many of them Jewish — suddenly disappeared from their clinics, and consequently weren’t available to consult when the dictator lay dying.

Such facts provide the underlayer for Iannucci’s sparkling comedy, and perhaps his greatest achievement lies in milking the bizarre circumstances for laughs without losing sight of the horrors inherent in Stalin’s legacy. He has been accused of taking liberties with the facts, but historical accuracy can hardly be expected from a satire.

It is, in fact, the parallels that stand out more, and it’s worth noting that in some cases Iannucci felt obliged to tone down facts that audiences might have considered too unbelievable.

In most cases, the actors lined up to portray historical figures, from Stalin (Adrian McLoughlin) and Nikita Khrushchev (Steve Buscemi) to Georgy Malenkov (Jeffrey Tambor), Vyacheslav Molotov (Michael Palin) and Lavrenti Beria (Simon Russell Beale), bear at best a passing resemblance to the characters — sometimes none at all — and, thankfully, none of them speaks in a Hollywood-prescribed Russian accent.

Sure, history records no military massacre at Stalin’s funeral, and Beria, the dreaded security police chief, was summarily executed a few months following Stalin’s demise rather than immediately afterwards. But then, no teacher of history would recommend this film as a lesson in accuracy. At the same time, though, for those familiar with what occurred, it offers an illuminating angle on events via an absurdist prism.

The fact that the film was banned in Russia points to its resonance in an age when the ghost of Stalin stalks many parts of the world, albeit mainly from the right wing.

Whether it will go down in cinematic history as something of a masterpiece is a moot point. It bears closer relation to Stanley Kubrick’s delightfully scary Dr Strangelove (1964) than it does, for instance, to the brilliance of Charles Chaplin’s The Great Dictator (1940), which mocked Adolf Hitler just as he embarked on his greatest misadventure: the attempted Nazi conquest of Europe.

Many years later, Chaplin acknowledged that the film, whose plot revolves around the repression of German Jews, could not have been made had the extent of Nazi atrocities been known in 1939-40. Yet, almost 60 years later, the Italian actor and director Roberto Benigni pulled off a miracle by setting his poignant comedy Life is Beautiful in a Nazi death camp.

In The Great Dictator, Chaplin plays a Jewish barber as well as Adenoid Hynkel, the dictator of the nation of Tomania. The film concludes on a tender note with a public speech delivered by the barber after he has been mistaken for the tyrant. “Greed has poisoned men’s souls, has barricaded the world with hate, has goose-stepped us into misery and bloodshed,” he declares. “…Let us fight to free the world, to do away with national barriers, to do away with greed, with hate and intolerance…”

The Death of Stalin, made long after most of the Soviet leader’s crimes had been catalogued, ends on a much darker note. There are useful lessons to be learnt from both in an age when laughter and tears once more coexist cheek by jowl.