The purest currency in people’s economies is life, love, communion and trust. 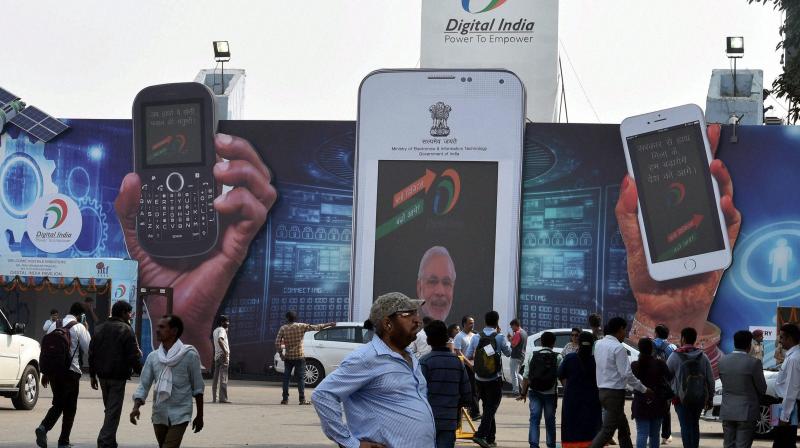 Ever since the corporate form was “invented” — in its earliest avatar as the collective East India Companies — those who have ruled via corporation have found innovative “means” new to extract wealth from the earth and people, leaving both poorer in a zero-sum “game”.

During the Raj — Company Raj — extraction was carried out through lagaan (taxation on land and agriculture). Between 1765 and 1815, the Company is recorded to have pirated £18 million annually from India. Fifty per cent of the produce was taken as lagaan, creating famines like the Great Bengal Famine.

The Company destroyed the people’s circular, sustainable and just economies — in which 70 per cent of the value of what rural areas produced circulated in the village economy — and replaced them with linear, extractive economies, where most wealth produced in India went to enrich England.

In recent years, the corporate empire has found new instruments of extraction, with patents and “capitalisation”, being two prominent ones. The chemical/biotech/seed industry “innovated” and “invented” patents on life and patents on seeds, as a means to extract profits from farmers.

The second instrument — capitalisation — the financialisation of the economy is equally perverse. It has punished real people, marginalised the real wealth that people produce in real economies, and rewarded only the capitalists. The capital economy has become 70 times bigger than the real economy. The Wall Street crash of 2008 was a result of the creation of this global casino. We were protected, insulated in India because our economy was still real.

The concentration of the world’s wealth in the hands of the one per cent is a consequence of patentisation, capitalisation, and the digitisation of our lives. The latest bait and switch being used by globalised corporate power — to worm its way into Indian households — is the demonising or “demonetisation” of Indian currency.

The “demonetisation” of India’s economy of more that one billion people on November 8 is the next gamble of the corporate empire to steal people’s wealth, lock it away behind an encryption key and shut down people’s economies overnight, leaving only the parts of the economy willing to indulge the payment-gateway-keeper. Naspers Group is that gatekeeper for Digital India.

More than 90 per cent of India functions on cash to sustain the people’s economy. Cash is a neutral form of money, one person’s hard-earned money is as potent as another’s; there are no “AMEX Black” Rs 1,000 notes yet. Eighty-six per cent of the currency was made illegal overnight, but that is a dehumanised number. If a chaiwallah accumulates the change he earns, exchanging for Rs 100, then Rs 500, working his way up to a collection of Rs 1,000 notes as his savings. He prefers Rs 1,000 because they are easier to carry and secure, specially since he does not have a bank account — because he has no address — because he can’t afford to rent an address and has not inherited one. At the stroke of midnight on November 8, this chai-but-no-house-wallah disappeared from the economy. A Nescafé machine will replace him.

The purest currency in people’s economies is life, it is love, it is community and communion, and it is trust. That is why most civilised societies, when measured in terms of humanity, happiness and well being, are societies based on barter. When cash becomes the currency of exchange, it can still build community through face-to-face transactions. People’s economies are based on solidarity.

That this is the aim is clear from the statement of the man who became the richest in the world through patents and the digital economy — Bill Gates.

As he stated in his speech for the “Niti-Lectures series: Transforming India” in the presence of Prime Minister Narendra Modi and his Cabinet colleagues, “the government’s bold move to demonetise high-value denominations and replace them with new notes with high-security features was an important step to move away from the shadow economy to a more transparent economy.”

Mr Gates said digital transactions would rise dramatically, and, in the next several years, India would become one of the most digitised economies not just by size, but percentage as well.

The “Pirate of Silicon Valley” has just declared the vibrant community-based swadeshi economy of the people of India a “shadow” economy, just because it is beyond the reach of his digital monopoly. We are not shadows of your empire, Mr Gates. We are hard-working, honest people who still know how to trust and share, who have community and real creativity to run and sustain our economy. Transparency as defined by you as the asymmetric power of the financial and digital world over people, to take control of our wealth, our well being, our lives and our freedoms.

It is the end of being in a relationship of trust with a person you know in your local economy, and see face to face. It is the end of people being transparent to each other as human beings. It is not financial transparency either that is supposed to end “black money”. You and Microsoft are part of the “black economy”. A 2012 report from the US Senate found that Microsoft’s use of offshore subsidiaries enabled it to avoid taxes of $4.5 billion, a sum greater than the Bill and Melinda Gates Foundation annual grant-making ($3.6 billion in 2014). You want to teach us transparency?