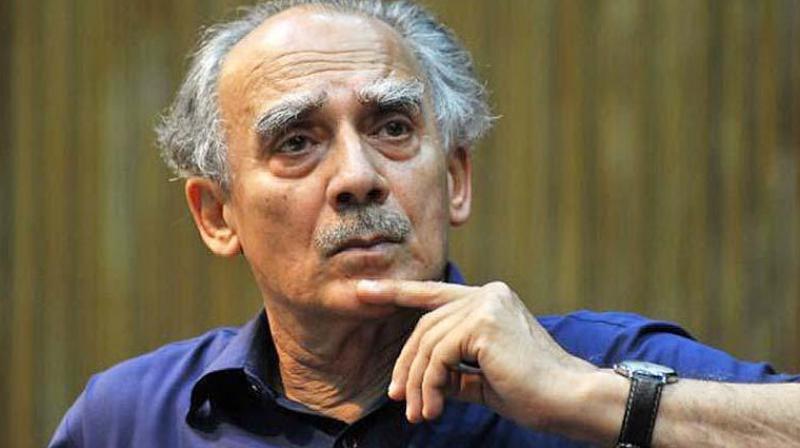 I started reading Arun Shourie’s new book Preparing for Death whilst in quarantine after I happened to meet someone who subsequently tested positive. Had I an inkling that in a couple of days I would follow suit I doubt if this would have been my first choice. But since I had started it, I decided to continue. The fear that suddenly loomed ahead seemed to add macabre interest. At least, during daylight hours!

It’s not an easy book to read. Written in a deliberate stream-of-consciousness style, it is often erudite and learned but there are occasions when it’s prosaic and even pedestrian. Like his other work, this book can be repetitive or, to be more accurate, Arun argues his case so thoroughly that you feel he’s nailed the point long before he’s finished with his hammer blows. Consequently, you need to read it in stages. Bit by bit. To make it easier, don’t read in chronological sequence. Flip forward and back as curiosity guides you.

Well, that’s what I did and thus stumbled upon five pages that tell a story that I find hard to describe. Perhaps my personal Covid affliction added to my fascination but I feel certain it would grip anyone who reads it. It’s the most excruciatingly honest but also deeply disturbing and distressing account of a father’s death told by his son. I admire Arun for sharing it with strangers and outsiders -- because that’s what readers are -- but I also question why he wanted to do so or what purpose it serves. It left me feeling uncomfortable. Actually, unsettled. I felt I was intruding into someone’s privacy where I had no right to be.

The question this mesmerising account raises — actually explicitly though it shies away from an answer — is did Arun’s father, Hari Dev Shourie, the founder of Common Cause, commit euthanasia? Everything in your head and heart tells you the answer is yes. Even the way Arun relates the story suggests this conclusion is unavoidable. In fact, there are a couple of sentences that, particularly for the suggestive or intuitive, could clinch the issue. “He was a strong advocate of euthanasia”, writes Arun. “He had even written a book on the subject: Life’s Finale: Voluntary Exit.”

Arun’s account of his father’s death begins on the morning it happened. H.D. Shourie, who was 91 and had recently lost his wife, asked for tea at 8 am. When Ganesh, his trusted attendant, served it he was told to come back in an hour and a half. “When he went at 9.30, our father was gone.”

A note written in his hand was found on the table by his bed. “I have led a full life”, H.D. Shourie began. “My time has come… I have no regrets… today, the three of you are in town.” It was that last sentence that shook Arun, his brother Deepak and their sister Nalini. “We used to travel a lot”, writes Arun, “and often Nalini, Deepak or I would be out of town: he had clearly chosen a day when we were all in Delhi — none of us would have to rush back.”

As the three siblings read and reread their father’s last letter, their grief and shock mounting, they discovered it contained further evidence to suggest that H.D. Shourie had committed suicide. Arun writes that whenever he gave advice to others, the elder Shourie would say: “When you write the final note or your will, as far as possible write it in your own hand… and include in it some detail which no one but you know about… this will help establish the authenticity of the document.” And that is precisely what he had done. The letter mentions “a souvenir” hidden in an “almirah”. None of his children knew it was there.

If you still have doubts this was a case of death by euthanasia there is, right at the end of the five pages, a sentence spoken by Arun’s mother-in-law that will simply blast them away. Maltiji, as Arun refers to her, lived her life with the Shouries, looking after their son Adit. Consequently, she got to know his father well. She also shared a birthday with H.D. Shourie. It’s what she suddenly said a few months after his death that seems to erase all doubts of how it happened. “Bhai Sahib had even written the recipe in his book, she told us one day — she was the only one in the family to have read the book.”

So, doesn’t that seem to suggest that H.D. Shourie put something in his morning tea which took his life? Something that would take 90 minutes to work, which is why he asked his trusted Ganesh to return an hour and a half later?

This is where Arun’s account of his father’s death stops. He doesn’t answer the question — did H.D. Shourie take his own life? But then he doesn’t really need to. By making convincing forensic use of the letter his father left, Arun presents a compelling case that drives one to the conclusion that his father committed euthanasia. It’s hard to come to any other. In fact, you sense that is also what Arun believes — though, understandably, he can’t bring himself to say so — when he writes of this father’s book … “though years have passed since he went, I haven’t had the courage to read it to this day”.

Yet Arun has had the courage to tell us this story and share its harrowing impact on himself and his siblings. Speaking out is often a way of coming to terms with terrible tragedy or inexplicable mystery. Perhaps that was his reason for revealing something most people would, almost certainly, have kept to themselves. But it’s not easy for the rest of us to handle. It not only left me full of questions and conflicting emotions but also quite shaken.