Britain and the roots of terror

No analysis of the roots of terror can be comprehensive but allow me to make a start with three undeniable contentions. 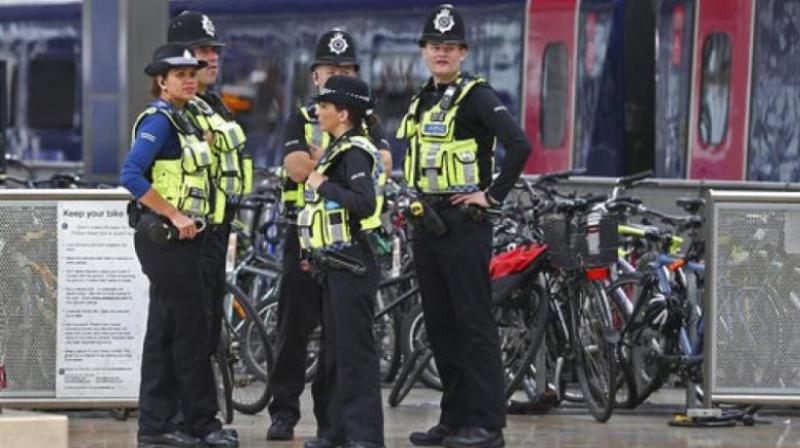 “I knew a man of verses once
A sentimental fool
Yet he taught me more than what
My teachers did at school
His arguments were merry
And all his songs were sad
And songs and rhymes and arguments
Were all the wealth he had...”
From The Showcase
and the Godown
by Bachchoo

A friend asked me to assist with a screenplay he is writing called “Mo, the Grass”. No, that isn’t a misspelling and it has nothing to do with getting the lawn tidy. The title is rather clever.

The word “grass” in colloquial Brit usage means someone who snitches or turns police informer, what we in school used to call a “sneak”. Mo is short for Mohammed. You’ve probably guessed the film is about contemporary Britain and about a young man called Mohammed whom the British Intelligence services attempt, through blackmail, to recruit as an informer on other Muslims.

I won’t give the game away by telling you how the proposition to Mo comes about and what he does about it. So why tell you about this film-in-the-making? Well the writer and I have been in communication face-to face and by email for as long a time as it takes a film without Aamir Khan or Stephen Spielberg attached to get financed.

On September 15, a bucket-bomb placed in a packed compartment of an underground train in London exploded — or partially exploded. The blast in the closed carriage severely burnt 29 individuals who were hospitalised.

An investigation into the explosion found that the bomb was an amateur effort and was packed with shrapnel which, had it gone off as intended, would have resulted in the death of several passengers who have God or the incompetence of the terrorist to thank for their lives.

The central suspect was apprehended by police at Dover, attempting to leave the country by ferry on the same day. Ahmad Hassan, an Iraqi orphan of 18 who was as he grew up given shelter and refugee status in Britain, is now standing trial for “attempted murder”. Five others were arrested, questioned and released.

The media and the Twitteratti were full of opinions about the incident. I was surprised to receive, via text from my writer friend, a video of a white, British-accented woman ranting on about how she couldn’t see what the fuss was about. A few people got burnt — so what? This idiot must have been aware that London’s police chief, Cressida Dick, released details of the deadly composition of the failed bomb. Why was this crazed woman saying that the official and public reaction to this act of terror, aimed at killing and maiming people on a train, was exaggerated or outrageous? I suppose every country has a percentage of such.

Why my friend sent me this video I aim to find out. Perhaps he wanted to demonstrate the depth to which social media could sink or he wanted me to join him in wondering how or why people express these off-the-beam opinions.

Which brings me to the opinion poll taken after the several incidents of Islamist-motivated terrorism these last three months. The poll asked a sample of the three million Muslims of Britain whether they felt British.

Ninety-eight per cent of those questioned said they did and that they owed their loyalty to the country. They were then asked if they would inform the police if they had any suspicion or evidence that a fellow-Muslim was at risk of falling for terrorist propaganda or active in a radical network. Fifty-three per cent, a little more than half, said they would. Forty-five per cent wouldn’t “grass” on someone they knew was being radicalised by Islamist propaganda or was indeed looking up the manuals, available on popular search engines, on how to make bombs at home from ingredients available on Amazon.

That’s distressing if not devastating as the prevention of terror relies to a large degree on information from the “grass”.

The search-engines, (in search of “hits” and profit) have so far refused to block bomb-making information though computer experts say it can be easily done. The only wry aspect of this “ethereal” trade is that if one unwittingly orders a few of the bomb-making ingredients for legitimate purposes, the algorithm, which pairs customers to products, will promptly offer you ball-bearings as well.

In the wake of these terror attacks several right-wing commentators in the print and screened media have expressed regrettable opinions: Islam is inherently violent, the permitted immigration of Muslims has resulted in unstoppable terror and more recently, in the service of their free-market politics that “left-wing” or liberal opinion and a commitment to anti-racism and multi-culturalism have pampered terrorists and terrorism.

No analysis of the roots of terror can be comprehensive but allow me to make a start with three undeniable contentions.

First, Britain’s capitalism imported the cheapest labour it could find from its ex-colonies in the 1950s, ’60s and ’70s. The immigrants from rural Mirpur in PoK and Sylhet in now Bangladesh came to the enclosed communities around their lowly industrial employment in the dark and fairly-satanic mills. They brought rural culture and traditional Islamic views and practices which were subsequently preyed upon by Salafi, Saudi-paid clerics.

Later, Margaret Thatcher’s global capitalistic programmes destroyed the British textile industry and boosted by a very significant percentage the unemployment in these increasingly isolated communities — a perfect breeding ground for disillusion and radicalism in succeeding generations.

And lastly British foreign policy in Iraq, Afghanistan, Libya, Syria and even Saudi Arabia and the Yemen has contributed to the tiny influx of refugees from these places to Britain and given cause for hatred.

Socialists don’t sell arms to Saudi Arabia to kill Yemenis, or support American Capitalists in their disastrous invasions (Yes I know Tony Blair led the Labour Party, but I did say socialists, didn’t I?)