Further, there exists a lot of confusion on what does this autonomy entail. 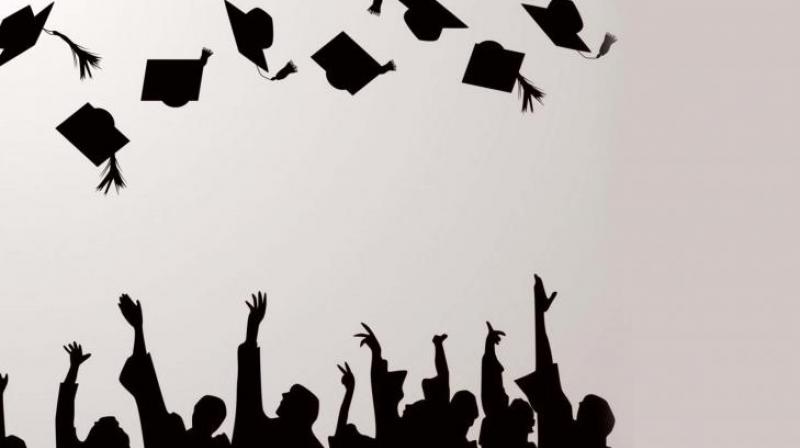 Some 62 universities and colleges had been granted in last March a degree of freedom from the oversight of the University Grants Commission (UGC), which itself is being repealed now. The policy allows institutions with high accreditation scores awarded by the National Assessment and Accreditation Council (NAAC) to start courses, research facilities and programmes without seeking the commission’s permission.

The top category, those with a score of 3.51 or more out of 4, is free even from external reviews. Five central universities, 21 state universities, 26 private universities and 10 other colleges were granted autonomy under the Autonomous Colleges Regulation. The institutes include JNU, BHU, AMU, TERI, JU, Pune University and the University of Hyderabad, which have maintained high standards of excellence. These quality institutions, as per the declaration, will get complete autonomy by which they can start new courses, departments, programmes, off campus centres, skill courses, research parks, appoint overseas faculty members, take foreign students, offer variable incentive packages and introduce online distance learning courses.

Most of the academic community members are of the opinion that the move is nothing but the government’s withdrawal from the education sector so that private players can come in. In contrast, the Indian Constitution so far has visualised education as an important tool of socio-economic-political transformation which could ensure the objectives as enshrined in the preamble.

The Jadavpur University (JU) teachers' body objected most to the regulations explicitly stating that autonomous institutions would be allowed to add infrastructure, launch programmes or initiate collaborations with others without taking permission “provided no demand for fund is made from the government”. They fear that this would lead to high fees, ad hoc teaching appointments and the neglect of those academic disciplines which are less immediately connected to industry.

Further, there exists a lot of confusion on what does this autonomy entail.  Osmania University VC S Ramachandran is under the impression that autonomous status will bring more government funds. In reality, the regulations state categorically that all programmes started by autonomous institutions without the commission’s permission must be financed by them. Despite the recognition bringing in laurels, many feel that it will be pushing the University to unknown challenges. Critics note that this will affect in the long run as the Universities will be forced to take in students who can pay, while gradually the meritorious students from humble backgrounds, who have been an integral part of public Universities now will be weeded out.

Also, the recently held People's Tribunal in Delhi on attacks on  higher education institutions in India, in its interim report, said, “The centrality of higher education to the survival of Indian democracy is crucial and higher education system must itself be the space where the freedom to think, explore, discuss and also to dissent is maximized. Higher education institutions must be open to all sections of the society, particularly those marginalized in multiple ways”. The Tribunal also concluded that the decision by the MHRD to grant autonomy to public institutions is an example of how the state is seeking to ensure that students from poor and backward communities are driven to the periphery and denied access to equal, quality and affordable education.

On the other hand, the CAG report tabled in the parliament in 2017 tells us that the entire education cess collected during more than a decade since its imposition in 2006-07 has remained unspent. It’s as huge as Rs 83,497 crore. In addition, a mere 7.73 per cent of the taxpayer’s money collected under the research and development cess in the last 20 years has been utilised so far. Clearly, there is more to it than what meets the eyes. Under the guise of autonomy, the government thus is pushing universities to generate their own resources through self-financed courses. This will eventually end with the state shedding its responsibility of subsidising education or treating it as a public good, as a public service, rather than as a commodity.

Critics are also asking if there a design to starve universities, through this announcement, of funds and facilities that have challenged the state. Be it JNU, JU, the University of Hyderabad, AMU, BHU and even TISS Mumbai. No funds from the state, no democracy on the campus and no checks and balances can only sound the death knell for higher education.

Several university heads have also expressed support for autonomy of selected universities. Father Felix Raj, the VC of St Xavier’s University, said, “Autonomy is good as it gives the institution the freedom to design their curriculum but yes, the cost of education definitely shoots up, when one decides to include new courses. But then, it’s much needed to maintain the standard of the institute. The government still pays a certain amount as grant but for the traditional ones.”

Prof. Dinesh Singh, the former Vice Chancellor of Delhi University, said, “This is certainly a welcome step. They have reduced the oversight of the UGC, which is crucial. Its role has been extremely regressive and counter-productive in the last few years.”

Repeal of UGC, the other major announcement:

The Centre also prepared a draft Act last month to replace the University Grants Commission with a new regulator for higher education in the country. The Act is being called the Higher Education Commission of India Act, 2018 (Repeal of University Grants Commission Act), or HECI. The draft bill has claimed that new institution will provide more autonomy to colleges and facilitate holistic growth of the education system and will provide greater opportunities to students at more affordable cost. It aims to reduce the interference of various regulatory bodies in the functioning of higher education institutions and create a single body that will have the power of giving accreditation to institutions, maintaining their academic standard and even imposing fines for non-performance.

So far, various regulators -- UGC, All India Council for Technical Education (AICTE) and the National Council for Technical Education (NCTE) -- have been functioning under the ministry. The new regulator will replace all of them to create a single regulatory authority. The HRD Minister has claimed the transformation of the regulatory set up is based upon the principles -- minimum government and maximum governance, separation of grant functions, end of inspection raj, focus on academic quality, powers to enforce etc. The government has asked for suggestions online till July 7.

HECI will be tasked with the mandate of improving academic standards with specific focus on learning outcomes, evaluation of academic performance by institutions, mentoring of institutions, training of teachers, promote use of educational technology, among other functions. In addition to these, it will lay down standards for opening and closure of institutions, and also for appointments to critical leadership positions at all universities, even if they are established under state law.

Beneath the surface of UGC repeal:

The seemingly mother-of-all reform is in fact a climb down from the HEERA (Higher Education Evaluation and Regulatory Authority) earlier promoted by the PMO and Niti Aayog which tried to form a single body to oversee entire education. UPA HRD minister Kapil Sibal tried to do the same by advocating a National Council for Higher Education and Research (NCHER).

In the neoliberal WTO-GATT order of finance capitalism, education is not a right but a marketplace of profitable commerce, and hence needs to be commercialised. HECI is purportedly claimed as a regulatory body to maintain academic standards with punitive powers. It also, in one stroke, has legislated funding as the exclusive domain of the government of the day thereby compromising academic freedom by making financial grant conditional to the pleasure of the government in power.

The government wants to withdraw from the duty of providing more inputs/infrastructure in higher education by talking about public-private-personal partnership, and yet tries to reap suitable outcomes or credulous subservience from these spaces of critical thinking by having absolute administrative and financial control. HECI will pave way for higher student fees and greater curb on dissent and freedom of expression of individuals and institutions. It is nothing but the government consolidating, centralising and monopolising power in academic matters while ensuring a free run for private capital.

Most of the claims accompanying the new act are anti-people. For instance, when it claims to end Inspection Raj, it actually inaugurates Accreditation Raj. In envisioning it as overriding the specific acts of universities and the legislations of states, this Act unilaterally legislates on a concurrent subject thereby encroaching on the rights of the state governments and jeopardising constitutional federalism.

While private education can co-exist based on market demands, the government's abdication of its responsibility from public education for the poor cannot be reduced.