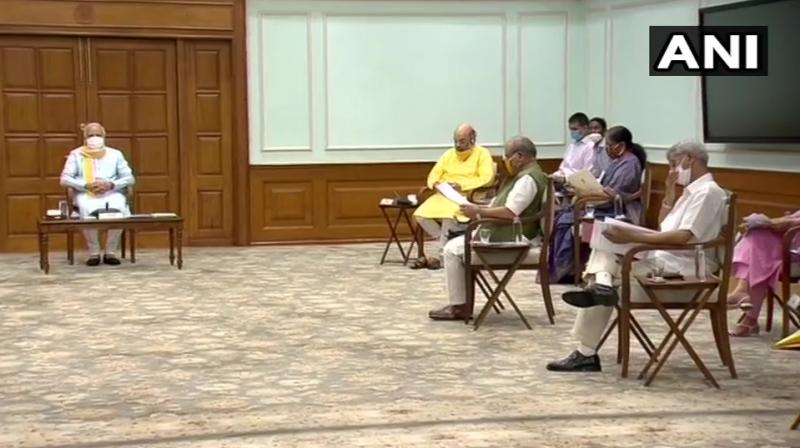 Mr Modi was earlier expected to reshuffle his ministerial team last year but the exercise was put off because of the coronavirus pandemic. (Representational image: ANI)

The West Bengal unit of the Bharatiya Janata Party is witnessing a fierce battle between the party’s old timers and newcomers who were inducted into its ranks shortly before the Assembly polls. Though the tension between them was palpable even before the election, it has become far worse after the BJP failed to defeat the Trinamul Congress. Those having a long association with the saffron party are particularly upset that their rightful claims have been overlooked while Suvendu Adhikari, who joined the BJP on election-eve, was appointed leader of Opposition. The old timers are also convinced that it is Mr Adhikari who is pushing the BJP to adopt an aggressive approach to the Trinamul Congress which, they believe, is suicidal coming so soon after Mamata Banerjee notched up an emphatic electoral victory. With the Narada bribery scandal back in the news following the arrest of four Trinamul leaders, the BJP’s old timers in Kolkata are hoping Mr Adhikari will also be nailed as his name figures in this case. Meanwhile, they have been making discreet enquiries in Delhi about the CBI’s pending request to Lok Sabha Speaker Om Birla for his permission to investigate Mr Adhikari and BJP leader Mukul Roy in connection with this case.

The delay in the reshuffle of the Union Cabinet is testing the patience of many ministerial hopefuls, who have been eagerly awaiting the all-important call from Prime Minister Narendra Modi. Jyotiraditya Scindia, who left the Congress last year, has been waiting the longest, for it is no secret that he was promised a Rajya Sabha seat and a ministerial berth when he joined the BJP. Then there are others who were assured they would be suitably accommodated in the government. Sushil Modi, former Bihar deputy chief minister, was expected to move to the Centre when he was denied his old post after the last Assembly election. Similarly, former chief ministers Sarbananda Sonowal and Trivendra Singh Rawat, who had to step aside in favour of their party colleagues, are also hoping to be rewarded for their “sacrifice”. But there is no clarity about the next Cabinet rejig. Mr Modi was earlier expected to reshuffle his ministerial team last year but the exercise was put off because of the coronavirus pandemic. It is the same story again this year as the Modi government is currently preoccupied handling the second wave of the pandemic.

Senior BJP leader Uma Bharti was appointed minister for water resources, river development and Ganga rejuvenation during the Modi government’s first term primarily because of her passion for saving and cleaning the holy river. During her tenure she even took on her Cabinet colleagues when she disagreed with the decision to proceed with the construction of new dams on the Ganga. Despite the public outcry to the spate of media stories and photographs about the unseemly sight of dead bodies of coronavirus patients being dumped in the Ganga, there has been no word from the champion of the holy river. Ms Bharti did, however, post over 30 tweets on a single day earlier this month in which she expressed full faith in the Prime Minister’s leadership, was confident that he would do everything possible to save the Himalayas and Ganga and let it be known that conveyed that she is keen to contest the 2024 Lok Sabha polls. But she was silent on the issue of the floating dead bodies. Ms Bharti’s tweets are being viewed as a “calling attention motion” since she has been living in virtual oblivion after she was marginalised by the party.

The external affairs ministry finds itself in a diplomatic fix with its neighbours as the Modi government first gifted Covishield vaccines to them in an effort to win brownie points and then abruptly stopped the supplies as it had failed to plan for India's domestic requirements. Predictably, the neighbouring countries, including Nepal, Bangladesh, Sri Lanka and Maldives, are upset because they have not been able to get sufficient supplies of the vaccine for the second dose. The MEA insists there is no ban on vaccine exports but the reality is that the neighbours are not getting their full quota of vaccines.

After Chhattisgarh’s first chief minister Ajit Jogi passed away last May, his politician wife and son Renu and Amit Jogi find themselves at a loose end. Renu Jogi, an MLA representing the Janata Congress Chhattisgarh, the party floated by Jogi, is said to be sending feelers to the Congress, expressing her desire to support the Bhupesh Baghel government. In exchange, she is seeking a ministerial post for herself. The Congress leadership in Delhi has instead asked Renu Jogi to merge her party with the Congress. However, P.L. Punia, Congress general secretary in charge of Chhattisgarh, and chief minister Bhupesh Baghel are going all out to make sure this compromise does not go through. Mr Baghel and Jogi were locked in a prolonged battle when the latter was in the Congress.