Opinion   Columnists  30 May 2020  Sucheta Dasgupta | The ‘almost-stigma’ of not breaking quarantine
Opinion, Columnists

Being quarantined is, at its very benign, a ‘social fact’ in the life of the Bharatiya aurat 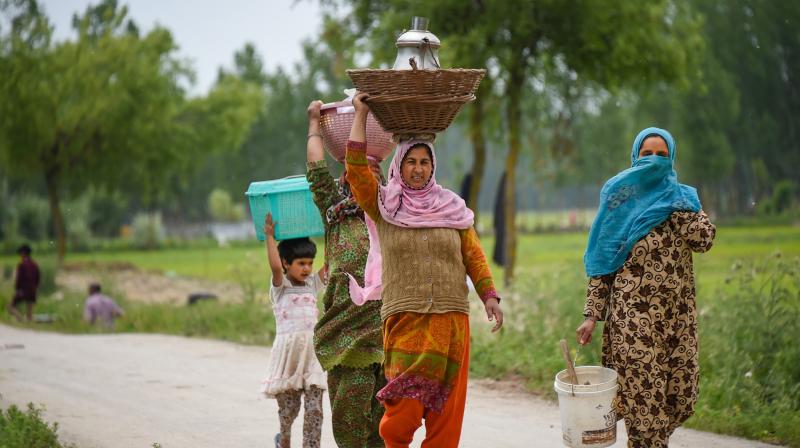 Let’s begin with an open secret. It is the unconventional woman in India who does not live in quarantine. How many women need not state their purpose before leaving the homestead, even to go to the park, especially to go to the park because it is a discretionary destination? How many own wheels or are allowed use of the family vehicle? For how many of them, is a vehicle, therefore, the holy grail of “independence”?

Why else would a ‘do-gooder’ in no place else than the national capital presume to rough up two young women doctors who were seen in the market without their aprons, there to buy greens for dinner, during the early days of the lockdown?

Being quarantined is, at its very benign, a ‘social fact’ in the life of the Bharatiya aurat.

Thus it is that when this ‘cool girl’ is catching her public transport ride to the Metro as per usual, on March 22, the day that the PM announces the Janata curfew, a neighbour walks up to her and cheekily asks her why she is out and about even though he knows she is a journalist, and exempted from the curbs. He is watching for her reaction and when she replies she is in the business of news, he manages to look solicitous. It is silly, and it gives her the excuse to dismiss him. She takes it. “I have to watch for my ride, so please feel free to go on right ahead,” she tells him, and manages to notice the way his shoulders slump as he walks away. Poor boy-o. So was this a snub that she delivered perchance, she wonders. No, not really, she decides despondently, though her hand was forced; it is an art that she yet must master. That’s her note to self as she goes her own way.

Then the lockdown begins properly. Since the ‘cool girl’ is a desk journalist, after all, they let her work from home. That privilege makes it a duty for her to self-quarantine along with the rest of her neighbourhood. The 'cool girl’s good husband takes upon himself the shopping duties. It is because, he says, it is better to expose one instead of two to the sneaky coronavirus.

When she was young, the ‘cool girl’, a firstborn, was the darling of her mother’s joint family household. Then everyone grew up, and the love they shared went to sleep, like in the Beatles song about a weeping guitar. But one of the ‘girl’s maasis, a housewife, of the well-meaning kind (no irony there), now calls her up after a year, and, boy oh boy, is she pleased. You are going out to work, aren’t you, the maasi gushes forth on the line. Your mother said you aren’t, she adds; a little bit meaningly. I am sure you are, and I have got your back, she seems to say.

The maasi, bless her kind heart, is so disappointed to hear that the ‘cool girl’ has not been lying to her mother, as she had (mis)understood, but is indeed doing the WFH (work from home). Her voice dips as if she has been let down personally. She hardly hears the ‘cool girl’ mention to her to mind her own p’s and d’s.

Later, the ‘cool girl’ realises that the picture she posted of the snack, that her husband packed her to work on the day of the Janata curfew, on her Facebook page had been glimpsed by her other maasi, a doctorate in philosophy, who became a teacher but only after her husband passed away. The ‘cool girl’ had updated her post before long to say that she would not be going to the office in a while, but obviously that had not come up in that maasi’s newsfeed. That maasi incidentally holds a grudge against the ‘cool girl’. The ‘cool girl’ had not attended her daughter’s arranged marriage wedding.

That maasi may have been in touch with this one.

Weeks pass. Lockdown 2.0 is announced. A family friend in the neighbourhood now calls the ‘cool girl’ on her mobile. Is auntie going out to the market, she asks ‘uncle’, the ‘cool girl’s husband. Auntie has not stepped out of the flat in 19 days, the husband grandly announces. No, I don’t let her do the shopping; I like to do it myself. The young woman, also a homemaker like the ‘cool girl’s maasi, looks embarrassed without warning. She struggles not to show it; then is glitteringly triumphant, then inscrutable. Behind the mobile phone camera, she exchanges pointed looks with the wife of the gentleman the ‘cool girl’ had sent on his way the other day. They are bosom buddies, the friend and this other woman, who, being a homemaker notwithstanding, is also the ‘cool girl’s favourite woman in the neighbourhood.

The ‘cool girl’ had enquired after her earlier in the conversation, but the friend did not reveal to her that she had been present. Yes, ordinarily, the ‘cool girl’ distrusts homemakers; they are wont to be patriarchy’s agents.

Nevertheless, the ‘cool girl’ returns the call one month down the line, amid another phase of the lockdown, so as not to miss her turn of politeness. This time, the husband of the friend comes on the call, and he explains to the ‘cool girl’ how his own work — that of finance auditing —can be done from home — which he has been doing for the past couple of months.

Postscript: The ‘cool girl’ is an anti-feminist trope, made popular by the writer, Gillian Flynn. It is popular among women. It deems all unconventional and freethinking women with partners as pretentious, and spineless and secret man-pleasers.