Opinion   Columnists  30 May 2020  Shobhaa De | Where are our godmen when they are needed?
Opinion, Columnists 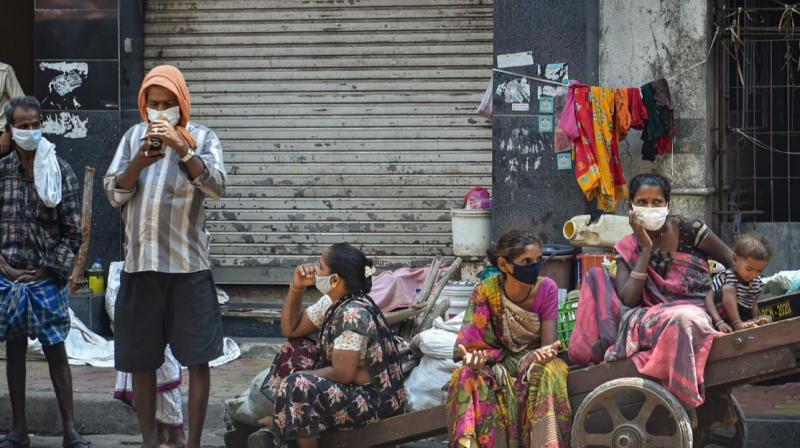 I have been staring at my limited view of the sky for the past few days. My eyes searching through the fast-scudding monsoon clouds moving over Mumbai, letting us know well in advance that the rains will be arriving earlier than usual this year.

Ufff… one more thing to add to our misery. Maybe our satellites are on the blink or on some other plan, and maybe the meteorologists don’t have the time to look up from their computer screens and observe the rain clouds moving at top speed.

They are busy relying on useless statistics! As always. We mediocre mortals are far more sensible we rely on observation and common sense. Both those attributes save us and will continue to save us, from unreliable data and misleading statistics put out by government departments.

Year after year, Mumbaikars are caught off guard because they have paid attention to official monsoon updates.

When the deluge does arrive and Mumbai experiences devastating floods, the authorities promptly trot out some more nonsensical statistics to justify their goof-up. So much for sarkari statistics and graphs!

I use the monsoon mayhem as a mere peg. Considering what the country is going through right now, it is worrying to know that citizens are being fed carefully calibrated and cleverly curated data about the coronavrus. The numbers simply don’t add up!

I have stopped watching prime-time news some time ago. I barely read the e-papers. I can just about handle gratuitous videos and smarmy memes. The people I talk to have confessed to feeling the same way. There is just so much of Covid-19 stuff I am willing to glance at 24x7 from across the world.

Is there absolutely nothing else to discuss? Distract? Inspire? Nothing at all? When information overload on this scale becomes the “new normal” (whatever that means), the human brain stops responding and presses “pause”. I have reached that point. And so have countless others. I have switched off in order to retain my own sanity which is under serious threat at present. I may qualify as Insane-Positive, if tested.

And how much worse can that be from testing Covid-Positive? I cannot get beyond the first paragraph of any report written by “experts”. I can also efficiently and convincingly take apart all those tomes, put together by global specialists so much gobbledegook, fellas! Designed to frustrate, confound and anger the reader. What are we doing to ourselves?

Is any of this data actually working or relevant? Where? Not even in the most advanced and economically strong countries. So… can all those gurus and pundits take a break give us all a break too? Relax… deep breaths. As of now, nobody knows nuthin’  that’s the brutal truth.

Meanwhile, here in India, there are sycophants in overdrive proposing our Prime Minister’s name for the Nobel Peace Prize in 2020. First of all why do we crave foreign recognition this desperately?

How will the prize (if at all it happens which is doubtful) solve India’s myriad and almost insurmountable problems? Even as a highly coveted and largely symbolic gesture, why lobby for the honour? When such blatant hardsell is employed by touts, it devalues the office of India’s Prime Minister.

This isn’t the first time that touts have been at it. But given the gravity of the coronavirus crisis, the focus should be on leading the country through the pandemic with the least amount of collateral damage. Not bagging an international prize.

Here we are… with our Invisible People the Miserable ‘Migrants’ still struggling to get home, despite an international scandal about their sorry lot. Every single day no, make that every single hour we see stories underlining their inhuman existence, made worse by an unfeeling bureaucracy.

What has changed? They are still paying for their train tickets that is, if they manage to get into a train in the first place. They are still been thrown packets of stale, inedible food, which they sensibly discard.

There is no water, no sanitation, no medical care. So… what has the Narendra Modi government offered them in real terms? A Nobel Peace Prize for this? Please — can someone define “peace”?

India is at a crucial crossroads. My inner voice tells me that NaMo will pay a gigantic price during the next election and it will be the disenfranchised migrants who will be the cause of his downfall. It’s really silly to raise arguments about the Opposition’s failures at this point.

The issue is not about those lapses. What did the government in power do? That is all that counts. Why was no action plan put into place as soon as the guest workers’ exodus began? And… hello! We still don’t know what was done with the grandiosely named PM-Cares fund.

The one which cannot be audited! And must not be questioned! Our granaries are full, say government officials. Despite that, our migrants are left to starve! They themselves have resignedly said: “Hunger will kill us if corona doesn’t.” We should be so ashamed of ourselves!

Oh, another thing that is bothering me where have all our astrologers gone? And those crafty gurus? How come not one of them was able to “predict” the pandemic. How come they have failed to come up with a magic cure? Our media-created godmen and godwomen have been missing in action, when we need their soothing words the most.

This should open our eyes to the deceptive dealings of these awful people, who have created multi-million-dollar empires for themselves. Not one of them cared to turn up to show compassion and walk a few kilometres with the migrants.

Also, how many temple/religious trusts have opened their overflowing coffers to feed the poor and homeless? The Nobel Peace Prize 2020 should go to India’s Migrants.