Budget Session of Parliament begins on Monday, January 31, and the first phase will last till February 11 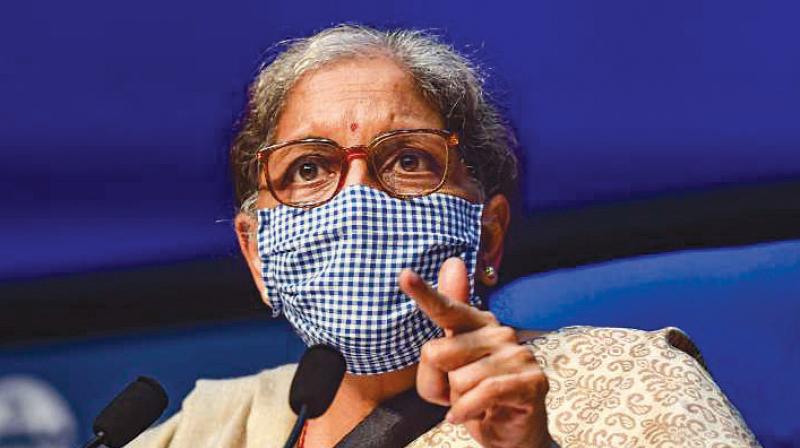 It seems unlikely at the moment that the Narendra Modi government has any major legislative agenda apart from the Finance Bill 2022 in the Budget Session of Parliament that begins on Monday, January 31, and whose first phase will last till February 11. The Economic Survey will be laid before Parliament on Monday itself, while finance minister Nirmala Sitharaman will present the Union Budget 2022-23 on Tuesday. The second phase of the session will be from March 14 to April 8.

It is of course possible that the government has something up its sleeve, and that it will put the cards on the table as it were only at the eleventh hour. But it may not take too many risks in the first phase of the session because of the Assembly elections due in five states -- Uttar Pradesh, Uttarakhand, Punjab, Goa, and Manipur -- in February-March. It may well try to announce some measures in the Budget or bring in legislation to deal with sections of the electorate in these five states. Due to the multi-phase polling, the extent of the Election Commission’s model code of conduct will differ, and the government will surely want to do something electorally gainful in the window that is available. The major policy instrument that the government has is the Budget, and it could announce measures for farmers and address the unrest by unemployed youth as it exploded during the railway job examinations in Bihar. There will just be minor bills that come up, but little of major controversy. It does appear that in the last two Covid-hit years, the government had little room for anything else but to come up with ameliorative measures to deal with the Covid-19 pandemic. As the crisis has not yet passed, the government cannot hope to do anything really new and innovative. The President’s speech to the joint session of Parliament, which is the government’s statement, is likely to talk about the successes achieved in rolling out the vaccination programme, the free rations that have been announced for 80 crore ration card households, and various incentives for different segments of the economy.

The all-party meeting that the government customarily holds with the Opposition parties and its allies is unlikely to be fruitful. The Opposition will demand a discussion on the Covid-19 situation, on the controversial Pegasus issue involving Israeli spyware acquired by the government, the youth unrest over jobs.

The government is unlikely to yield any ground on the Pegasus issue as it is being probed by a Supreme Court-appointed technical committee. The Congress is likely to use an exhaustive New York Times report about an India-Israeli deal, which included the undisclosed Pegasus spyware. But it will not be sufficient to cry foul and “treason”, as Congress leader Rahul Gandhi did at a press conference. There is a need for some member to cull the facts and build a strong case against the government’s secrecy in the matter. It’s much most likely the issue will create a lot of predictable heat and little of substance. There is likely to be a furore in both Houses on the issue. The Opposition parties have consistently failed to nail the many omissions and commissions of this government. All that they display is fury and little argument.

As the first phase of the Budget Session is quite short, the Motion of Thanks to the President’s Address could take up much of the time though the presiding officers and the government have restricted it to a few days. This will most probably end up in a slanging match between the government and the Opposition. Prime Minister Narendra Modi will use his reply to the debate on the Motion of Thanks in the two Houses to talk about the government’s successes and dismiss the Opposition’s charges, which could as well be an indirect campaign speech for the elections to take place in the five states in the following weeks.

For example, the CAG report on the new Indian Institutes of Technology, which are failing on every front, from infrastructure to enrolment to research work, has not been taken up by any of the Opposition parties. The reputed British science journal, Nature, has done a critical editorial on the issue. No one in the Opposition has paid attention to the reality of these so-called “unicorns” among the start-ups as much of it is market overvaluation. The government is getting away because there is not an iota of diligence on the part of the Opposition parties, and they don’t do their homework.

In a press conference at the Congress office in New Delhi on January 19, 2021, Rahul Gandhi lamented: “Vipaksh ko free and fair media ki zaroorat hai” (The Opposition needs a free and fair media). But the media needs substantial stories and not rhetorical hot air. When the BJP was in Opposition, its leaders used to dig out stories of corruption and inefficiency, and hold press conferences. Though Mr Modi enjoys huge support in sections of the media, there are others who are looking to get real stuff about the government’s exaggerated claims and even lies. The Opposition leaders are not willing to dig out the facts.

An untapped story of secrecy and wrongdoing on the government’s part is its much-hyped vaccination programme, its procurement of vaccines from various manufacturers. No question has been raised by any Opposition leader on why the India-made Covaxin of Hyderabad-based Bharat Biotech has failed to produce the vaccine doses needed in the country, and why is it manufactured-in-India Covishield of Pune’s Serum Institute of India that has supplied about 85 per cent of the vaccine doses administered in the country.

It is not surprising, therefore, that the Narendra Modi government can be assured of an easy time in Parliament.