India has become a world leader in initiating action under anti-dumping measures. 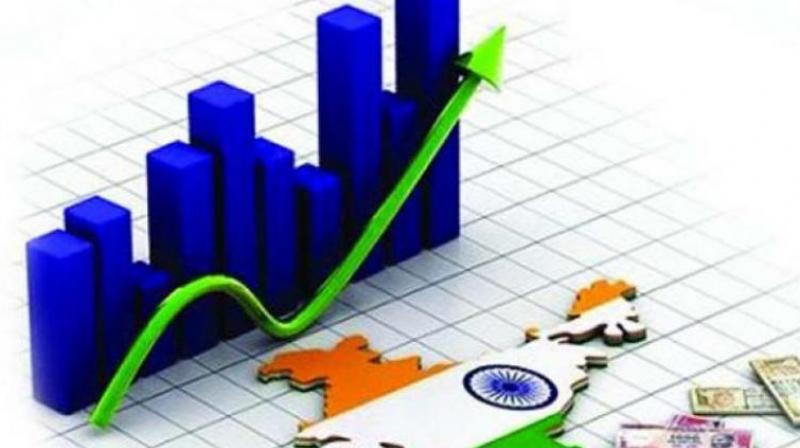 Before the world became flat in 1990 — to borrow the title of Thomas Friedman’s 2004 book on globalisation — developing countries were locked into twin traps of low access to foreign currency and low levels of domestic savings. India’s anxiety about foreign exchange, to fund imports, goes back to those desperate times when export pessimism was rampant and import compression all the rage.

India has come a long way since then. Standard and Poor’s, the international rating agency (November 24, 2017 rating action), considers India’s external position to be the strongest aspect of its aggregate credit profile. Foreign exchange reserves are more than a year’s imports; external debt levels are modest at around 20 per cent of GDP and the foreign exchange gap between earnings from exports and remittances and the outflow on imports has narrowed to less than one per cent of GDP (2016-17). This is a tribute to India’s prudent external account managers.

Indian goods exports (excluding services) are 12 per cent of the national income. Manufac-tured goods (including textiles, clothes and gems) have a share of 76 per cent; minerals and agricultural products account for around 12 per cent. Petroleum products account for the remaining 12 per cent. The dissatisfaction has been with the trend value of exports. Over the last three years, this has lagged GDP growth significantly. The Trade Policy (2015-20) target of increasing our share in world trade from 1.5 to 3.5 per cent is unlikely to be realized anytime soon.

This was never an easy target. World growth is yet to recover from the slowdown. Protectionist barriers, related to the loss of domestic employment and increasing inequality, are finding favour, including in our largest trade partner: the United States. In this unsupportive ecosystem, increasing our share of world trade pie needs a calibrated strategy to target markets and product lines where Indian goods are most competitive. Five initiatives can be considered.

Expanding bilateral trade within South Asia and with Africa should be the first order of business. Some trade is already roundtripped via the Gulf, adding intermediary margins, which are denied to both the original exporter and final importer. Trade relationships tie regions together. The Indian Ocean littoral needs targeted attention via specific product chains.

Primary products, particularly agricultural goods, were overweight in our export basket in the 1980s. Their share has shrunk post liberalisation. Legalising commercial leasing of large tracts of land for farming can revive agricultural production for export markets and protect domestic jobs.

The recently-launched progressive policy of regional air connectivity offers an opportunity for embedding export orientation even in hitherto inland, poorly connected locations. Air connectivity adds value to the local economy by kickstarting business around newly-serviced airports which are logistic nodes, connected to hubs in metros.

Exports need to be supported by a trade policy developed collaboratively with state governments. The Goods and Services Tax committee provides a role model. A similar federal trade and foreign investment committee, with all state governments on board, could provide a structure for joint policy formulation and implementation. Consider that meat exports have declined as state governments failed to sanction goons extracting “rents” from the movement of cattle — other than even cows — for slaughter. This also imposed a direct loss in domestic income of $1 billion — small beer, perhaps, in the larger scheme of things. But unnecessarily disruptive for one million people employed in the leather, dairy and meat industry. Significantly larger income loss is inevitable if the 40 million rural households who keep milch animals for boosting nutrition and for profit are dissuaded from doing so.

State governments lack incentives to promote exports. The recently constituted 15th Finance Commission could help by tweaking the fiscal devolution to include export effort as a carrot for enhanced devolution. Direct incentives are more empowering for states than Union government-funded schemes. Landlocked states, which have fewer options for exports than seaboard states, could be incentivised for narrowing the gap between themselves and the exports to GDP ratio at the national level.

India has, perversely, become a world leader in initiating action under anti-dumping measures. In 2016, out of a total of 145 actions by all countries, India initiated as many as 69 actions. Maybe, if we were to fix the rupee exchange rate more realistically, so many anti-dumping actions may not be needed. Domestic producers are already hurting from the turbulence, admittedly temporary, from the recent tax reforms. But they also remain handicapped by an appreciated rupee. A “strong” rupee is bad for exports. It is also bad for domestic producers, since it makes imported goods artificially cheaper.

Prudent management of the external account has chuffed investor confidence so much that surging capital inflows (other than debt) have obscured the desperate need to enhance exports to plug the foreign exchange gap, emanating from the trade imbalance.

We have benefited from the continued low prices for imported oil by around $50 billion. But our inflows, via remittances from Indians working in the Gulf and elsewhere, have suffered a collateral damage of $10 billion. The net effect is a benefit of $40 billion.

But betting on oil prices is worse that betting on the monsoon being on time. Our dependence on imported oil, to fuel growth, shall continue, till solar power becomes the primary fuel for transportation. But that future is at least a decade or more away, even in developed economies. In the near term, we must make our trade balance resilient to the possibility of an oil price increase.

Exports, economic growth and good jobs are organically linked. We are ahead on growth. But the two other legs also need to catch up.