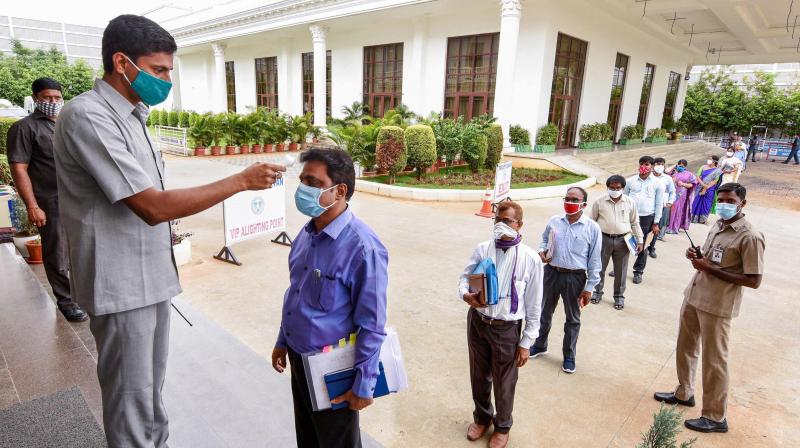 Upkeep of the government takes away 11.5 per cent of India's GDP. (PTI)

Six years ago, prime minister Narendra Modi initiated a discussion under the aegis of the Niti Aayog on the reform of the bureaucracy. Sixteen years ago Dr Manmohan Singh too had said that his topmost priority was the reform of the bureaucracy. Little has happened. We haven’t even had a decent and half-intelligent discussion about it. The object of concern clearly doesn’t share the need to discuss its reform. The government is now a golden gated community and takes away as much as 11.5 per cent of the country’s GDP for its own upkeep. And yet, the dil maange more!

The base of government is the district. A typical district officer is usually still in his twenties or early thirties. But unlike his Indian Civil Service predecessor (of the British Raj era), the IAS district collector/magistrate or deputy commissioner has neither the unquestionable authority conferred either by racial exclusivity or superb education or social class, or all three, to dominate and control the lower bureaucracy.

As required in a democracy, the administration is subservient to a government run by elected politicians. They play havoc with civil service tenures. According to a study by S.K. Das, an IAS officer, the average tenure of a district officer is about seven months. He or she invariably falls victim to the constantly changing and treacherous currents of an intensely competitive political system.

The lower and permanent bureaucracy has adjusted well to this essential change and has become a tool in the hands of the politicians. In fact, the lower bureaucracy has increasingly become the nursery for the new political class. Little wonder, no one gives a fig for our district officers any longer. But quite clearly, ordinary citizens are paying a heavy price for this. India still ranks among the bottom half of the United Nations’ global Human Development Index.

Clearly, we need to restructure the government and the administration in each of India’s 600-plus districts. The district collector, like his ICS predecessor, must become the executive head of the district with all branches of the government subject to his/her authority and power. This must particularly include the police. He/she must be redesignated as the commissioner and should be an officer with over 16 years of service, a mature and seasoned individual with the seniority and clout to exercise complete authority over the administrative apparatus.

This seniority will also give him/her the experience and guile needed to deal with the political system. Above all, the commissioner must have a fixed tenure of at least five years and a board consisting of elected representatives of the district as well as his/her administrative superiors must make the officer’s selection to the position.

In the late 1980s, former Prime Minister Rajiv Gandhi was reportedly contemplating such a restructuring of the government. No sooner had the word got around, the traditional politicians opposed it, as it would deprive them of much of their clout. Former deputy prime minister Devi Lal jeered that it would be a “PM to DM system” which would bypass all other political structures.

From the mid-1990s, even amidst the most severe economic downturns, one industrial segment has posted consistent and significant growth. This is the segment called the white goods sector, which accounts for consumer durables like refrigerators, washing machines and other home appliances. This spurt coincides with the selective implementation of the Pay Commission’s recommendations. Apart from recommending whopping increases in salaries and benefits, the Pay Commission noted the low productivity and also recommended that the numbers employed in the government should be drastically slashed. Consequently, the wage bill of the Central government alone is now the second biggest item in the Union Budget after interest payments.

The state governments together now directly employ 7.5 million people in addition to the Central government, which gainfully or painfully employs about 3.3 million. Given the commonly high salary levels in the Central and state governments, one can easily compute the approximate cost of government by way of salaries alone.

In addition to this huge army of babus, the Centre and the states employ a further 6.3 million people in PSUs and departmental undertakings like the Indian Railways. Local bodies like municipalities, zilla parishads and panchayats employ another 2.3 million. This entire cohort of about 23 million people belongs to the 27.2 per cent who make up our middle and upper income groups.

A look at the capital expenditure on account of “development” suggests that it costs the Centre and the states about Rs 10 to give us a benefit of Re 1! Revenue expenditure very simply means wages, utilities, fuel, repairs and maintenance, and chai-pani aur dawa-daru kharcha. So, the effective cost of government is almost 90 per cent of the cumulative receipts of which the Centre and the states collect as taxes from us and/or beg, borrow and steal for us. This is about a good one-third of our GNP, and growing!

However, the real slap in the face is that “public administration” is categorised as a part of the services sector for national income accounting, and the 14 per cent annual growth in the cost of government is what mainly accounts for the growth of this sector. Even in the time of the coronavirus pandemic, this sector is happily growing. The growth of the industrial sector is marginal, like that of the agricultural sector.

The burgeoning cost of government is our single major public policy issue. Yet, it is not debated at all. All parties go into a funk when they are confronted with these facts. Thus, for the BJP, once again it seems there are only two issues that really matter: Hindutva and the Ram Mandir. And as for the sycophants in the Congress, they are only concerned with the interim Congress president’s two issues: Rahul or Priyanka.

Poor Dr Manmohan Singh had listed the reform of the bureaucracy as his first priority, but the politicians paid no heed to him, and hence the bureaucracy saw no need to take him seriously. Now it is Narendra Modi's turn.