Opinion   Columnists  29 Jun 2017  Douse the flames of hate so that India gets saved
Opinion, Columnists

Douse the flames of hate so that India gets saved

The most high-decibel argument in the wake of Junaid’s lynching goes something like this — two groups were fighting for seats. 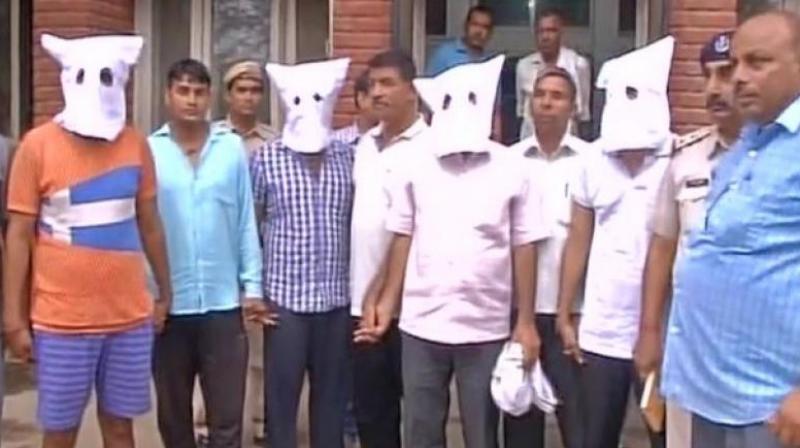 If your house catches fire, what will you do? Will you first try to douse the flames, stop them from spreading? Or will you insert yourself in a discussion about the human discovery of fire or a geographical analysis of fire breakouts?

The question is hugely relevant today as the national discourse after a Muslim teenager was repeatedly stabbed in a moving train pivots in a dangerous direction. Junaid was 15 or 16 and had come to Delhi’s Jama Masjid area with his brothers to buy new clothes for Id. On the way back, he got into a scuffle with some other passengers. That led to Junaid being stabbed multiple times and flung out of the train.

The boy is dead, so are his dreams. His brothers — who were also attacked — survived. One is in hospital with stab wounds. The family lives in shock and terror. On Id, residents of his village wore black armbands in protest and grief. Junaid’s brothers say many of their rail co-passengers called them unpatriotic. Multiple media reports say that the man who has been arrested for alleged involvement in the murder confirmed to TV channels that he was drunk and egged on by his friends who taunted the four Muslim youths for being beef-eaters, anti-national and so on. The police now deny that beef had anything to do with the incident but have added sections related to deliberate intent to wound the religious feelings of a person to the First Information Report.

The horrific incident happened around the same time when another Indian, police officer Mohammed Ayub Pandith, was stripped and stoned to death by a mob outside the Jamia Masjid in Srinagar.

In both cases, questions come to the fore not just about the barbaric nature of the crime but also about basic governance. In both, the attackers turned lynching into a public spectacle. Not only did the onlookers not try to prevent the attacks, some goaded the culprits. If a policeman can’t protect his own life and can be stripped and stoned to death and if a teenager can be stabbed in a moving train, how does it reflect on our law and order system?

What is most terrifying is that such killings are increasingly no longer the handiwork of only political activists out to destroy rivals but also of ordinary, randomly communalised or prejudiced people who have internalised the venom spewed by hate-mongers.

Only one thought comes to mind today. The flames have to be doused before the country gets incinerated. In the past decade or so, Muslims have been disproportionately targeted in instances of mob violence centred around cow slaughter and beef-eating. But this is not about saving just Muslims, or dalits, or any specific group who have been victims of mob violence. This is about saving the rule of law, saving India as we know it.

In recent days, many people are busy cataloguing the lynched to demonstrate that lynching is not new nor that every instance has been due to a fracas over cow slaughter or beef. But no one said that lynching is a novelty nor that it is uniquely related to the vitriolic debate on cow slaughter. This year a Muslim dairy farmer was lynched in Rajasthan by alleged cow vigilantes, a lynch mob also killed seven people in 24 hours in Jharkhand over child abduction rumours.

The most high-decibel argument in the wake of Junaid’s lynching goes something like this — two groups were fighting for seats. A scuffle broke out, and it is the demonic media, which has sensationalised the case by attributing it to beef-related row. As journalists, are we not meant to take the statement of the victim’s brothers who were also attacked and that of the arrested man into account? On social media, many have said such things happen.

It is time to get some basics right. The boy is dead, was killed in full view of passengers in a moving train and no one came to help nor stop the attacker. The police says it did not know anything.

Is it the new normal to be stabbed if there is a row over a seat in a train? It is shocking that some are putting different values to different kinds of lynching.

The other argument is that lynchings did not start with the Narendra Modi government, that there have been instances where the mob has belonged to the minority community. Nobody said there were no lynchings before the NDA government came to power nor that mob violence is in the DNA of only one community. They have occurred before and under different governments of the left, right and centre. The whole political class is complicit.

But is that a reason why we need to be blasé towards lynching in 2017?

Another line of argument is that no one can control a mob. But we must not forget those who create an enabling atmosphere for mobs. While it is vital to find the suspects and make sure that justice is done and soon, it is just as important to come down heavily on those who have been relentlessly spewing venom, “otherising” entire communities.

Earlier this year, newspapers reported Chhattisgarh chief minister Raman Singh saying that anyone found killing cows in his state will be hanged. Then there are people like gaurakshak Satish Kumar whose website (http://protectyourcow.blogspot.in/2010/08/about-us.html) continues to proclaim that he and his group are committed to “protection of all cows” which can only be “achieved by killing all killers of cows”.

It is good that four days after Junaid was killed, law minister Ravi Shankar Prasad described the lynching as “extremely painful and shameful” and promised that the government “will do its job” and that the Haryana chief minister has finally announced compensation for Junaid’s killing. We now wait for others, including the Prime Minister, to express not only similar sentiments, but make clear that they will follow through on what they say.

Lynching reflects a collapse of the rule of law. Mob violence in one part of the country, left unchecked, fuels mob violence elsewhere. And like a fire, the violence spreads. We have seen it before at different places under different regimes. It is time to say “enough” and call out the bigots — not just those who commit the actual savagery but every hatemonger, irrespective of political or religious affiliation, who contributes towards creating an atmosphere where such savagery can be dismissed as routine and therefore not worth sustained attention.