The suicide rate in India, an agrarian economy, was 13 per 100,000, the rate in industrialised, rich countries was often higher 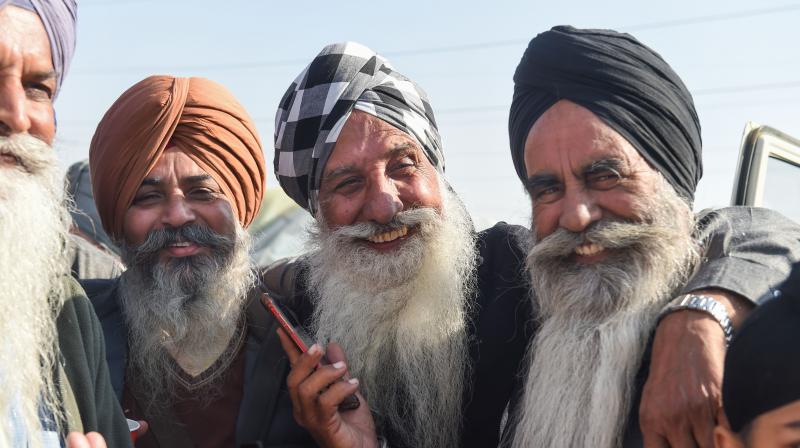 To make farming profitable, two things need to happen. One is that fewer people be involved in it, and the other is that farm produce gets higher prices (PTI)

The month-long agitation by the well-provisioned, organised, and mostly Jat farmers from Punjab and Haryana has gripped the attention of the entire country. It is in many ways reminiscent of the agitation at Maruti’s Gurgaon plant where the permanent workers get among the highest wages paid to industrial workers in the country.  The farmers massed at the Sinhgu border crossing are easily the most well-off farmers in the country. They have for long been this nation’s pride and the underlying basis of its food security. To those of us who grew up under the shadow of the shipments of PL-480 American wheat to the present, when India produces far too much cereals, has been quite a journey.

The biggest driver of cereals production in India is the policy of Minimum Support Prices (MSP), in reality, assured above-market prices. Though we have 23 items with MSP listed, in practice MSP is mainly for wheat and paddy. Similar MSP incentives are not always available for pulses and oilseeds, where Indian importers have got vertically integrated with overseas sellers and producers. Coarse grains and cotton don’t get any support at all, besides talk. MSP in many ways epitomises the dysfunctional nature of India’s food system of buy at the highest and sell at the lowest. The Public Distribution System (PDS) covers 809 million Indians, which is 59 per cent of the population (1,372 million, or 1.3 billion, estimated 2020), and still falls short of the mandated coverage by over 100 million. Besides, it is very uneven between the states.

MSP prices, instead of becoming the price of last resort, are the price of first resort. At present, there is a difference of about Rs 600 per quintal between the market prices and MSP for wheat (Rs 1,935). The effect of this over the years has been the overproduction of cereals, excessive MSP procurement in certain regions like Punjab, Haryana and north Telangana and coastal Andhra. This year the problem has been compounded by bumper harvests in Punjab and other states. The total paddy production in Punjab, a mostly non-rice consuming state, is expected to cross 210 lakh metric tons (LMT), an increase by almost 40 LMT over last year.  Consequently, MSP procurement has been stepped up by over 23 per cent in states like Punjab, Haryana, Uttar Pradesh, Madhya Pradesh, Telangana and Andhra Pradesh, among others, where the Centre bought 411.05 LMTs paddy up to December 18, against 333.59LMT during the same period last year. Of the total MSP purchases of 411.05 LMT, Punjab farmers sold 202.77 LMT of paddy till November 30, which is 49.33 per cent of total procurement in the country. Is it any surprise that the government godowns are overflowing. As of September 1, the stocks of rice and wheat stood at 70 million tonnes, against a buffer stock norm of around 41 million tonnes.

Consequently, at least 95 per cent of Punjab’s farmers are covered under the MSP procurement system. Is it any surprise then that the average Punjab farming household is the richest in the country? An average Indian farming household earns Rs 77,124 a year; while it is Rs 216,708 in Punjab. Productivity and perennial irrigation aside, there is the fact that the average farm holding sizes in Punjab and Haryana (3.62 and 2.22 hectares respectively) stand in sharp contrast with the pan-India average farm holding size of 1.08 hectares.

Though almost 55 per cent of the population is still dependent on it, agriculture’s share of the GDP has declined to just 13 per cent and is falling fast. Very simply, it means that farming in general only ensures greater relative poverty. To make farming profitable, two things need to happen. One is that fewer people be involved in it, and the other is that farm produce gets higher prices. Only rapid industrialisation and expansion of the modern sector will ensure the first, and it will take a drastic reduction in the cross-web of state interference to ensure the second.

The main proportion of the government’s outlay on agriculture goes towards subsidies, which contribute little to growth today. They benefit rich farmers the most, while marginal ones continue to live on the fringe. These need to be done away with to arrive at a long-term solution. There is also a need to promote watershed management and increase the acreage under irrigation -- currently, only about 35 per cent of total agricultural land is irrigated. This would reduce their susceptibility to drought and avoid crises

A move towards freer markets and an end to the government’s attempt to jawbone producer prices are required. The frequent resort to the import of wheat or cotton at higher prices, only to keep domestic prices low, is proof of this interference. Unless agriculture is made a more profitable business, neither the poverty nor the indebtedness of the farmer will ebb.

There are other infirmities, which keep most farmers at subsistence levels. The fragmentation of holdings is a major cause, with about 83 per cent of farmers considered small or marginal with less than two acres each. To compound matters, hardly any new irrigation potential has been created by the state in the last 25 years. All the additional irrigated holdings of the past two decades have come from private tubewells. Two-thirds of our farmlands are still rain-fed. This clearly makes any commercial-scale farming impossible and the majority of farmers remain dependent on the rain gods and governmental lords.