After surgical strikes, a rebalancing with Pak?

The Pathankot attack challenged the leaderships on both sides. 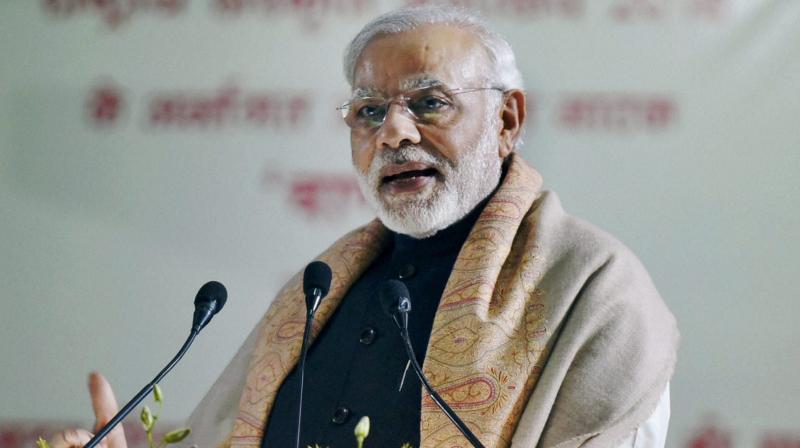 Prime Minister Narendra Modi was in Lahore one year ago on Christmas Day, ostensibly for Pakistan Prime Minister Nawaz Sharif’s granddaughter’s wedding and his birthday. This Christmas Mr Modi again conveyed birthday greetings to Mian Sahib, overlooking that past year of acrimony and tension. This phenomena of periodic leader-led bonhomie alternating with terror and instability needs examination.

Mr Modi was hardly back from Lahore when a fidayeen attack began against the Pathankot airbase on January 1. Although the National Investigation Agency has filed its chargesheet, many aspects remain unclear.

First, why did the terrorists release a senior Punjab police officer after snatching his vehicle, leaving a witness to alert the security authorities? Second, could it have been triggered so soon after Mr Modi’s Lahore visit by the jihadi-Army spoilers? Considering the terrorists used an existing smuggling network with Indian collaborators, it is possible that some existing module was fast-timed to disrupt the growing Modi-Nawaz chemistry.

The two leaders met earlier on sidelines of the Ufa Shanghai Cooperation Organisation summit in July 2015, breaking the ice persisting since Mr Sharif attended Mr Modi’s swearing-in in May 2014. They had brushing contact at the Climate Summit in Paris two weeks before their national security advisers met in Bangkok on December 6, 2015. Thus, Mr Modi’s Lahore sojourn was not entirely whimsical. It was a quantum leap, but part of developing mutual confidence. Talks on terror were isolated, by apportioning them to the NSAs, from discussions on the other issues, which were handed to the foreign secretaries and thus the diplomatic track. The NSA-level mechanism merely rejigged the 2006 anti-terror mechanism, which was conducted by additional secretaries of the foreign ministries.

The Pathankot attack challenged the political leaderships on both sides. It embarrassed Mr Modi, but for the first time by any Pakistani government it did not reflexively deny complicity of anyone in Pakistan. They sought evidence and offered to apprehend conspirators if any in Pakistan. India allowed, also for the first time ever, a five-member Pakistani joint investigation team to visit India and access the Pathankot airbase on March 29, 2016. The Indian Opposition screamed murder as the Pakistani team allegedly included elements from ISI — the all-powerful intelligence wing of the Pakistani Army that sponsors India-specific militant groups. The team over six days had comprehensive interaction with their Indian counterparts.

The plot unravelled when Pakistan stalled the agreed return visit by an Indian team. The Panama Papers revelation that Mr Sharif’s three children had offshore companies and accounts began swirling in April. His position weakened, Mr Sharif left for the UK on April 13. In Pakistan, speculation mounted of a soft coup and the departure being for political and not medical reasons. Mr Sharif thus lost control over the India file. Opposition leader Imran Khan, with proximity to the Army, launched an oust Pakistan Muslim League (Nawaz) government campaign. Army Chief Gen. Raheel Sharif joined the debate, arguing terrorism cannot be effectively curbed unless “the menace of corruption” is uprooted.

Mr Sharif, however, returned to Pakistan after open-heart surgery in July. In India meanwhile, chief minister of Jammu and Kashmir having passed away in January, the state drifted as his daughter and political heir dithered till April before assuming charge. She had barely settled down when Burhan Wani, a social media-amplified commander of Hizbul Mujahideen, was gunned down. The political drift in J&K, the dissonance in the ruling PDP-BJP alliance and the Centre’s lack of engagement with the Hurriyat had created a volatile situation. Wani’s killing provided the spark.

The ruling elite in Pakistan then fatefully concluded that the uprising in the Kashmir Valley would be unmanageable for India. All instruments at their command were unleashed to support it. An enfeebled Nawaz Sharif saw an opportunity to reclaim the high moral and political ground. His political offensive culminated in his September UN General Assembly speech, dubbing terrorists as freedom fighters when a burning Syria left the world with no appetite for dangerous nonsense. Leaders of Pakistani jihadi groups were allowed to openly preach vengeance against India and support militancy in J&K.

Mr Modi, seeing this as betrayal, abandoned engagement and began enlarging Indian strategic options. In his Independence Day speech he introduced Pakistani human rights abuses in Balochistan and India’s legitimate rights in Gilgit-Baltistan — a part of the former Dogra kingdom of Kashmir. He aligned more forthrightly with Afghanistan and reopened the debate over the Indus Waters Treaty. Criticism of the China-Pakistan Economic Corridor traversing disputed Gilgit-Baltistan followed.

The Pakistani response was attacks on military camps by fidayeen, at Uri on September 18 and the corps headquarters at Nagrota on November 29. In between India retaliated by a “surgical strike” across the LoC to eliminate terrorists and degrade launchpads used for infiltration. Pakistan’s new Army Chief Gen. Qamar Javed Bajwa, handpicked by the civilian government, assumed charge on November 29.

India missed an opportunity to gauge the new balance of forces within when Pakistan’s de facto foreign minister Sartaj Aziz attended the Amritsar Heart of Asia conference on December 8. Are Mr Modi’s birthday greetings to Mr Sharif now another rebalancing of India’s Pakistan policy towards engagement post-“surgical” and verbal strikes by Mr Modi and his government over last six months?

Mr Sharif incrementally delivers on trade, people-to-people links and shutting down of Jihad Inc. The expanded strategic options can remain on the table — Gilgit-Baltistan, Indus Waters Treaty and Afghanistan-India security cooperation — much as the Pakistanis keep the jihadis up their sleeves.