It can be expected that Gen. Munir will attempt to establish his own coterie of loyalists who may not be in line with Gen. Bajwa’s thinking 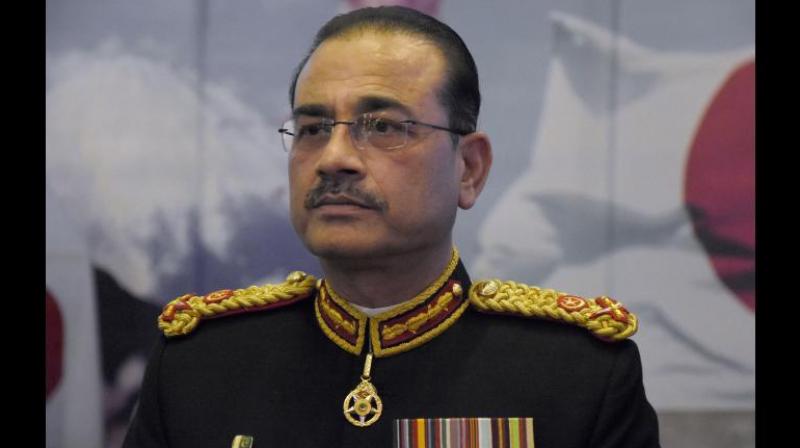 The controversy was probably allowed to fester for the sake of messaging Imran Khan, who appeared quite flustered with the developing situation regarding the appointment of the new Army chief. Gen. Bajwa has had a roller-coaster ride as the high-profile Army chief who has been in office for six years following a constitutional amendment. In fact, he may have continued a bit longer but probably has some other tasks destined for him; his seven-day stay in the United States a little over a month ago raised suspicions of a larger-than-life role for him that the US may have outlined; including overseeing the politico-strategic situation at least till the elections which could take place in July 2023. Pakistan Army chiefs do not usually step into oblivion; that was so evident from the appointment of Gen. Bajwa’s predecessor, Gen. Raheel Sharif, who for five years continued to make hay in his appointment as the commander-in-chief of the Islamic Military Counter-Terrorism Coalition, a 41-nation alliance of Muslim countries headquartered in Riyadh, Saudi Arabia. We have to see what lies ahead for Gen. Bajwa.

However, this is more about Gen. Asim Munir, the senior-most of the six names which did the rounds as candidates to be the next Army chief. He was finally selected without much controversy but a lot is being read into the context of the change due to the flurry of instability in Pakistan and the crossroads of existence that the nation finds itself in.

The glaring part of Gen. Munir’s record are two issues — one personal and the other official. He is a “Hafiz-e-Quran”, someone who at the age of 38 succeeded in memorising the Quran. People not oriented to Islamic practices consider this unusual while it is actually not so, because many families consider religious education as part of their upbringing, besides the normal curriculum. There is nothing to indicate that he will be more ideology oriented and will attempt to take Pakistan and its Army back to the times of Gen. Zia-ul Haq. The latter attempted to weaponise Political Islam to bring Jammu and Kashmir in line with Pakistan’s Islamic identity and the broader linkage with the Ummah, away from the secular and Sufi Islam seen in India. The other issue of misplaced concern is that Gen. Munir is one rare officer who held appointments as the director-general of both Inter-Services Intelligence and Military Intelligence. The former appointment was short-lived, for eight months only. His opening of an investigation against Imran Khan’s wife’s involvement in some corrupt practices brought him to grief and Gen. Bajwa was forced to remove him under pressure. After commanding 30 Corps Gujranwala, he appointed him Quarter Master General (QMG). However, that should not project any differences between Gen. Bajwa and Gen. Munir. Both belong to the elite 10 Corps club. Gen. Munir commanded Force Command Northern Areas (FCNA), which includes the Siachen sector, while serving under Gen. Bajwa.

Towards the end of his tour of six years, and at times in mid-course too, Gen. Bajwa seemed to change tack in his approach to managing Pakistan’s national security. He tried expounding the “Bajwa Doctrine”, which was of course a media creation, but there is no doubt that he understood the need for better economic management as the basis on which Pakistan could be stabilised. Continued confrontation with India is something he tried to discourage but found little credibility for his words or his strategy. Gen. Munir probably finds himself under even greater stress.  Will the economic turbulence ravaging Pakistan force him to adopt a more defensive approach. There is no doubt that his attitude towards all donor countries will need to be conducive, but can follow that with a stance of aggression against India. I perceive that Gen. Munir may attempt to break out of the shadow of his current mentor, Gen. Bajwa, by doing something unexpected.

This could happen in the run-up period to the general election, which could be nine months away. The temptation to be seen as independent and without controls is usually very strong among Pakistan’s Army chiefs, and that sometimes leads to irrational thinking. There is further temptation to initiate something big, but never to think it through. Gen. Munir’s immediately revealed personality and body language does not appear to be anywhere like that of Gen. Pervez Musharraf, but these are early days yet and India must keep its guard up for any surprises.

Pakistan is not known for maintenance of loyalties to past and current masters, although the Pathan sub-culture is supposed to be all about loyalty and honour.

Gen. Munir is from 23 Frontier Force, a Pathan unit. It can be expected that he will attempt to break out and establish his own coterie of loyalists who may not be in line with Gen. Bajwa’s thinking. The latter has promised no interference in the nation’s politics, but this is going to be something extremely difficult after six years of staying at the helm of affairs. Besides that, the United States is probably banking on him to manage the political environment and prevent it sinking so low as to make the nation unmanageable and ungovernable. This could be dangerous as Gen. Asim Munir’s ambitions are still unknown but sitting back on his haunches and allowing a proxy appointed by the US to run the show could just irk him and bring out the inherent ambitions of being his own man. That is when the problems could start once again, both for the Pakistan Army and for the political community of Pakistan.