In Paris, there was a commitment to reduce carbon emissions by 50 per cent by 2030 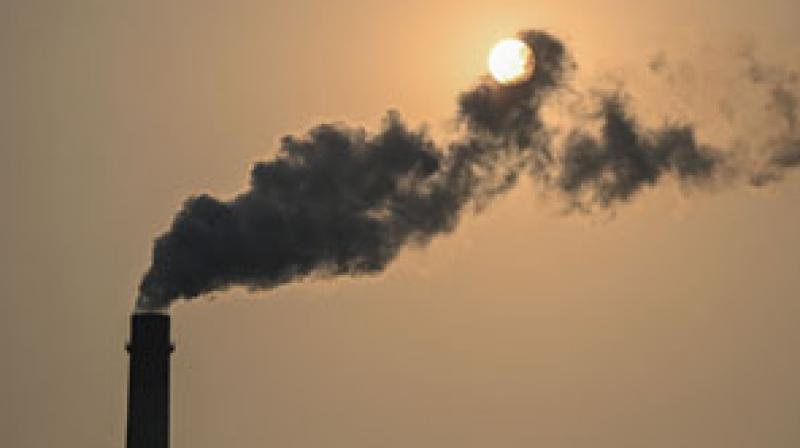 Though 50 countries have promised net zero emissions by 2050, the experts feel that the roadmap is vague. Representational Image. (AFP)

We have to reckon with the fact that global climate summits such as the one to be held in Glasgow, Scotland, from October 31 to November 12, or as the ones earlier that were held in Copenhagen in 2010 and in Paris in 2015 are largely rhetorical shows, which are necessary to highlight the issues by the overtly dramatic arguments and gestures of environmental agencies and climate activists like Greta Thunberg and the reports sounding the alarm, and the less-than-dramatic and mostly hypocritical responses of the heads of state and government gathered at the mega events. In Paris, there was a commitment to reduce carbon emissions by 50 per cent by 2030. The actual cut in carbon emissions has been 7.5 per cent so far, far lower than the 50 per cent reduction target. So, to reach the 50 per cent target by 2030, the carbon emission reduction would have to be 55 per cent in the remaining eight years. The latest report of the United Nations Environment Programme (UNEP) says that at the current level of pledges to cut down on the greenhouse gases, the temperature rise would reach by 2.7 degrees Celsius, and therefore fully in the danger zone of climate change catastrophe. In 2019, the UNEP predicted that the temperature would rise by 3.2 degrees Celsius.

The other prickly question is that of the pledge by the developed nations that they will provide $100 billion each year to help developing countries to meet the carbon emission reduction targets through financing and the transfer of technology. This has turned out to be the predictable tale of a broken promise. Though 50 countries have promised net zero emissions by 2050, the experts feel that the roadmap is vague. It will be unrealistic to believe that the long-term goals would be met while flouting the short-term targets. The UNEP report views the post-Covid-19 global economic recovery as an opportunity to introduce and encourage low-carbon technologies and industries, but there are no signs that this potential green route is being explored and adopted.

The fundamental questions about climate change are still not being asked, or asked adequately. And it is not clear whether reduction in greenhouse gas emissions alone would avert the predicted climate change catastrophe, and whether many other things need to be done to keep the ecological balance. The Nobel Prize Committee for Physics for 2021 had rejoiced in the fact that the choice of the work of awardees this year is a recognition that climate change is now based on hard science. That is not enough. We need greater detail about the subject, and the experts, at least some of them, should give up their advocacy methods, and stick to describing the phenomenon of climate change as it is. Unless people understand the mechanisms and the workings of climate change, they will not believe.

Where does India stand in this medley? The Narendra Modi government can, of course, derive immense satisfaction that its commitment to increase the share of renewable energy to 30 per cent, especially through solar energy, is well on track. India’s renewable energy share in power generation is 40 per cent, and excluding hydropower, whose share is 12 per cent, that of renewables including solar and wind stands at 26.1 per cent. This is a laudable achievement of the Modi government in many ways. But there are other challenges that remain if India is to fulfil its economic growth goals and of the desire to be the manufacturing hub.

The record of India’s ministry of environment and forests is not inspiring as industrial clearances are doled out dime a dozen in the name of speedy decision-making, giving a go-by to environmental norms. There is the continuous battle between brisk industrial growth and environmental protection. The government believes that it can achieve both. A scrutiny of the clearance of projects will reveal too many gaps.

The Modi government has effectively marginalised many of the non-governmental organisations which had been working in the field and raising the alarm time and again about the violation of environmental norms and laws. What we are left with is the government version, which does not inspire trust. The facts and figures are fudged at best and or they are plain lies at its worst. There is need for independent assessment of the state of environment in India and the government must know how to face the inconvenient facts and own up to its errors made in good faith. The basic assumption of the Modi establishment is that the government is infallible. That it is not, is the first step towards tackling the climate change challenge collectively. The government alone cannot do it, and government propaganda, the greatest weakness of the Modi government, will be a great barrier.

Prime Minister Narendra Modi and his ministerial colleagues are sure to occupy the high ground at the Glasgow Conference of the Parties, based on the impressive track record on increasing the renewable energy output. India will more likely put up a stout resistance to the net zero emission target for 2050. It is a fact that India’s carbon emissions are far below the world average. It is 4.5 per cent compared to China’s 15 per cent, and the combined 50 per cent of the United States, the European Union and China. But this cannot be a source of solace. The Prime Minister’s burning desire to make India a great industrial power and a prosperous economy does not easily gel with the ideal of a green economy. The contradiction simply cannot be hidden.

Already, it is recognised that intermittency in power transmission is a problem in renewables and the battery storage requirement needs a solution. The Prime Minister and the government must shed their fear of discussing problems in public. Transparency is the prime need. It is unrealistic to expect that the government will change overnight and become transparent. It will not. But we need to continue to make the demand. There is also a critical need for greater environmental activism, with its attendant problem of exaggeration.