Kulbir Kaur | The undeniable perks of being a sly Basenji

Those who dare question the powers were earlier labelled 'anti-social', now they are 'anti-nationals' 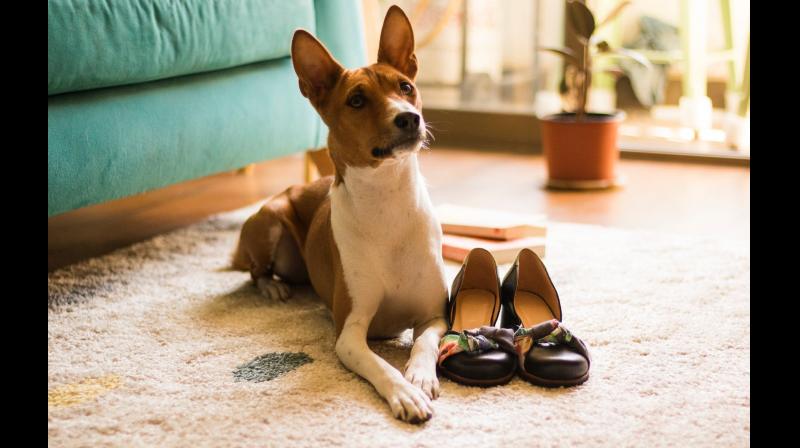 My 'giant mistake(s)', on the other hand, concern my continuous inability to turn myself into a Basenji. Representational Image. (DC Image)

Sigmund Freud had dubbed America “a giant mistake” when he and Carl Jung visited Clark University to deliver lectures there. (America in 1909 had appeared to him as mercantile and lacking in intellectual essence.) My “giant mistake(s)”, on the other hand, concern my continuous inability to turn myself into a Basenji. Despite all conscious efforts, resolutions, indeed, vows on my part, to be one, I have persisted as stubbornly as our plastic thelis in the bazaar and could not join the herd of sheep — by which I mean the pack of Basenjis. Unlike it is with the barkless dog, my big mouth has, time and again, got me in trouble, so much so that I sincerely suspect if I have been surreptitiously cursed (or blessed, as the case may be) by Narad Muni to say “the right things to the right people”. And the timing has always been spot on.

Now, this is not a recent habit that I have acquired. It is one I have been inflicted with since childhood. We, as kids, would wait for the day of Karva Chauth when married women, attired in red from head to toe with heavy make-up and bridal jewellery on, were the cynosures, providing fodder for gossip, ridicule, praise and criticism for days to come. The day was a perfect one, but the timing was — is still — doubtful. I chose the backlanes of our neighbourhood row of houses to play badminton in and very calmly passed a remark about the wife of my friend’s newly married brother who preferred to cover herself under layers of make-up despite being a stunning beauty. Waving my badminton racket in the air, I presented my precious observation that she must have started applying heaps of cosmetics though the puja was five hours away. Lo and behold, my friend standing near the kitchen window overheard me and did not talk to me for a long time until the day she came to agree with my esteemed view. But of all the houses and windows of houses, my choice of spot to deliver my line was flawless.

I am, of course, not one of those who learn life’s lessons easily. Working in the college as a new recruit, I criticised strongly the conduct of the principal who not only enjoyed entertaining an army of sycophants but also followed just one rule, “show me your face and I will decide on whom to bestow my favour”. Thus did I collide headlong with the head of the institution and face the music, in many musical notes. I was rightfully termed a “fool”. Basenjis, yesmen and yeswomen, were the “samajhdar”. They had a single and uniform principle when interacting with the powers — “don’t question them, be acche bacche!”

In today’s world of chaos and paradoxes, a new dictionary is being written where every word seems to have a meaning that is just the opposite of the original. And it is Basenjis who have written this not-so secret code. For example, “clever” and “cunning” may simply mean smart and dynamic, while being “simple and honest” reduces you to a “murkh”, a “moodh” of the first order. As a child, we used to play with a clay doll that had a still body but a dancing head. There is no need to move your body to do anything, just shaking your head in front of the successful person, paraphrasing their words and parroting their message is the idea. My topsy-turvy universe echoes with the sound of their sage but unsolicited advice — “matlabi ho jaa (be self-serving if you have any wisdom left)”, or else “karunga mein gandi baat (I will trash-talk you)”.

Strange are the ways of this world, as my mother, grandmother and great-grandmother have all individually and separately vouched for but never actually witnessed. But yes, I heard tales from them that were full of astonishing events; where day was night and night was day. In the flash of a second, a man could become a monster, and women were bloodthirsty witches in the guise of nymphs.

These are only stories, I thought back then. Now I wonder: Does it mean that, while living the same old monotonous life day in and day out, unbeknownst, I have reached Gulliver’s world where people sleep throughout the day and are awake at night, where they hide their true stature as miniature trolls or huge demons, measuring each other, weighing one another, and tying you up with ropes? Or am I Alice in wonderland, where the Red Queen is about to shout off with her head, only it will happen in reality?

I studied for years; read innumerable books. From Kabir to Kant, Gorky to Gabriel Garcia Marques, Premchand to Pushkin, Oscar Wilde, Rahi Masoom Raza, Manto, Ismat Chugtai, Rajinder Singh Bedi, Amrita Pritam, Arundhati Roy, Salman Rushdie, Vikram Seth, Gandhi, Nehru, Karl Marx, I cannot count how many authors and books I have ingested. I loaded myself with degrees but, lo and behold, I attained wisdom only recently — religion and only religion is the ultimate vanity box. Dharm is your Aadhaar card! There is only one measuring tape. Who are you, they ask. A Hindu. And you? A Muslim. Whether you have knowledge or are ignorant, on the political left or the political right, even right or wrong, it does not matter at all, mere bhai! Play the game of religion, write ballads in praise of politicians and live in revelry — “bas maujan hi maujan”.

In the New Dark Ages or kalyug, Basenjis follow one more rule, diligently. Those who dare question the powers were earlier labelled “anti-social”, now they are “anti-nationals”. This notion is the perfect way to camouflage one’s failures, weaknesses and vices. Patriotism has become the property or jagir of a few persons and communities. But behind the garb of religion and patriotism, the message is loud and clear, “Be silent.”

The world belongs to merchants only — choose only the gold box or, if you cannot, the silver box and reap the benefits (Shakespeare, please forgive me). Still, is there anyone who will ultimately select a plain box with the inscription, “he who chooses me must give and risk all he has”?