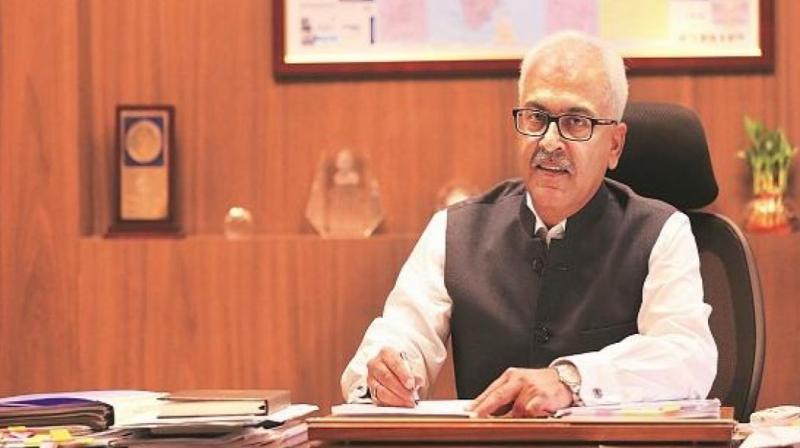 On July 9, Union home secretary Ajay Kumar Bhalla held a meeting in New Delhi with the chief secretaries of Assam and Mizoram in a bid to resolve the boundary issue between the two states. (Twitter)

Independent India saw one of its rarest and unprecedented incidents on Monday, July 26, when around 200 Assam policemen, engaged in a standoff of sorts with their Mizoram counterparts following an inter-state boundary dispute, faced a volley of automatic gunfire from the Mizoram side. The result — six Assam police personnel and a civilian were killed, and 42 others, including the superintendent of police of southern Assam’s Cachar district, received bullet injuries.

Significantly, Assam chief minister Himanta Biswa Sarma said the Mizoram police had used light machineguns during the attack that, he said, lasted for more than half-an-hour. In a statement, the Mizoram government admitted its police personnel opened fire but maintained that it was in response to alleged trespass and arson by the Assam police and the authorities from Assam in a Mizoram town called Vairengte, on the border with Assam’s Cachar district.

What should be noted is that the worst violence in recent years along any inter-state border in the Northeast took place within 48 hours of Union home minister Amit Shah’s meeting in Shillong with all the eight chief ministers of the region. In fact, among the issues that topped the agenda at the July 24 meeting was the inter-state boundary disputes between Assam-Mizoram, Assam-Nagaland and Assam-Arunachal Pradesh, apart from the war on drugs in the entire region. The consensus at the Shillong meeting was that the status quo would be maintained and that talks to resolve the differences would be carried out in an expeditious manner so that the region could focus on key issues of development. In fact, only on July 9, Union home secretary Ajay Kumar Bhalla held a meeting in New Delhi with the chief secretaries of Assam and Mizoram in a bid to resolve the boundary issue between the two states.

The battle or quest for lebensraum, or living space, is something that is witnessed around the world continuously. But in Northeast India, this turf war has been going on at multiple levels, primarily in the form of claims and counter claims of territory between states, which are called inter-state boundary disputes, and claim over land as part of the battle for territorial supremacy among ethnic groups within states, which are bracketed under the term ethnic conflicts. At the end of the day, one can safely conclude all these are part of the ongoing identity struggles in a region dismembered under the provisions of the North-Eastern Areas (Reorganisation) Act 1971.

However, the genesis of these inter-state border disputes goes back to colonial times when the British administration earmarked areas in the name of the dominant tribe which inhabited the place. And when the parent state of Assam was divided to carve out Union territories and states like Mizoram, Arunachal Pradesh, Meghalaya or Nagaland (Manipur, Tripura and Sikkim were not part of Assam), the borders had to be drawn. The seeds were sown for the differing perceptions of the boundary line to emerge, grow and fester.

The genesis of the dispute along the 165-km Assam-Mizoram border can also be traced to the British era. It was in 1875 that the first process was undertaken to demarcate present-day Mizoram, then called Lushai Hills, from the plains of Cachar in southern Assam. The exercise was carried out to introduce the Inner Line Permit (ILP) regime in accordance with the Bengal Eastern Frontier Regulation, 1873. The regulation facilitated the introduction of the ILP regime in the Northeast.

The ILP is necessary for any Indian citizen outside the concerned state where the system is in place to travel to that particular state. Again, in 1933, the British carried out  demarcations in the Northeast to carve out separate districts based on culture, linguistic and ethnic lines. This led to the creation of a new boundary separating Lushai Hills, Cachar and the former princely state of Manipur. As part of this trifurcation, some areas of the Lushai Hills got merged into Manipur.

Until 1972, when it became a Union territory, the Lushai Hills was a district of Assam. Subsequently, it attained statehood in 1987. Now, the dispute appears to have arisen because the state of Assam adheres to the constitutional boundary between Assam and Mizoram as defined by the March 9, 1933, notification. However, Mizoram’s stand is that the boundary demarcation should be as per the Inner Line Notification of August 20, 1875. In fact, Mizoram’s claims are founded on historical and ethnic arguments. Besides, Mizoram says that unlike the 1875 notification that came after consultations with Mizo tribal  chieftains, similar consultations did not happen before the 1933 notification.

There were skirmishes along the Assam-Mizoram border in the past too. The most recent was in October 2020 when miscreants from Mizoram had bombed two schools in a disputed stretch. Trouble began after the Assam authorities evicted some encroachers in the Singla Reserve Forest in the area. Three days later, the encroachers returned, but this time with some armed Mizoram policemen protecting them. This is as per the version of the Assam authorities. According to the authorities in Assam, the latest flareup was triggered by Mizoram which began constructing a road towards Rengti Basti in Assam, destroying the Inner Line reserve forest in Lailapur in the process.

Simultaneously, Assam maintains that Mizoram was setting up a new armed police camp atop a hillock, next to the CRPF camp that acts as the “neutral force” in the disputed stretch. The July 26 incident took place when the Cachar deputy commissioner, an Assam police inspector-general and other officials went to the area to ascertain the ground situation following reports of the road construction.

But was this the trigger really? Assam chief minister Himanta Biswa Sarma told journalists after visiting the area on July 27 that certain “non-state actors” upset and angered by Assam’s war on drugs and the cattle smuggling syndicate could have fished in troubled waters and may have added fuel to the fire. This raises the question whether drug cartels with trans-national links are using the Myanmar-Mizoram route to smuggle in heroin and meth amphetamines into mainland India could be real reason behind the massive flareup.

The situation demands serious intervention by the Centre and a high-level probe. After all, the social media posts showed what looked like civilians on the Mizoram side fully armed and some wearing bulletproof vests used by the police and the paramilitary. The question remains: who were behind the volley of gunfire from automatic weapons on the Assam side?