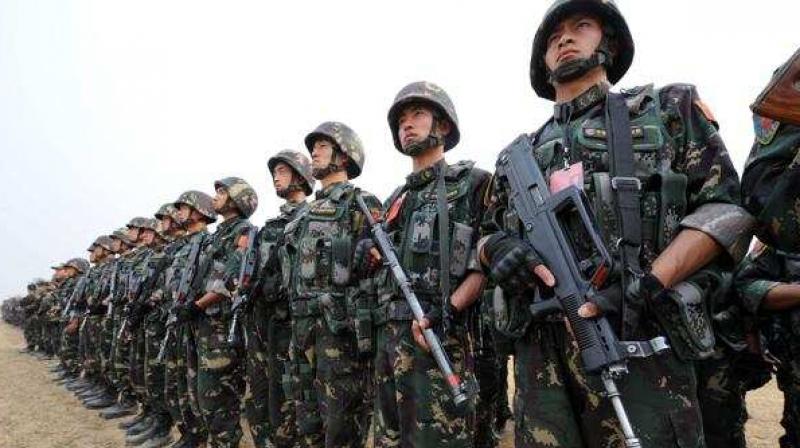 Every expert worth his name in a TV studio or on a webinar will tell you about the Art of War, an ancient Chinese military treatise written by Sun Tzu, a Chinese general and military strategist in 5th century BC.

It teaches you all aspects of warfare, specially how to win a war without fighting it.

Mao Zedong himself was said to be inspired by the treatise, but today it seems President Xi Jinping hasn’t really read the book properly.

It’s not that the new Great Helmsman hasn’t received military training. From 1979 to 1982, Xi served as secretary for his father’s number two, Gen. Geng Biao, then secretary-general of the Central Military Commission. The CMC’s present chief should have learnt better how to deal with “enemies”.

When one looks at the past few months, one seriously doubts his tactics will lead China to victories “without fighting” for one simple reason: he has taken on too many enemies in one go.

His predecessor Deng Xiaoping thought the best way for China to rise was: “Hide your strength, bide your time, never take the lead”. Xi, however, decided to pick quarrels with most nations on the planet at the same time (of course with the exception of all-weather friend Pakistan, and Nepal, now under the charm of a beautiful lady ambassador).

This wasn’t mentioned in the Art of War.

Whether it’s the United States, Japan, Australia, Canada, Vietnam, the Philippines, the European Union… the list is long. This is without counting Hong Kong, Taiwan, or “autonomous” Tibet and Xinjiang.

In May, India was added. Xi decided to fight a war in the high Himalayas. What’s the purpose of this new belligerence?

Only a couple of “fingers”, or a few hundred meters, in inhospitable terrain? Was it really smart to start this at the time of the pandemic? Did Sun Tzu ever teach this? Not to my knowledge.

What will Xi win? It appears a lose-lose venture for him.

“The two special representatives had a frank and in-depth exchange of views on the recent developments in the western sector of India-China border areas.” It said the SRs agreed maintenance of peace and tranquillity in the border areas was essential and “[the] two sides should not allow differences to become disputes”. But it is Xi who created the differences.

The SRs spoke of the need to ensure “at the earliest complete disengagement of troops along the LAC and de-escalation from India-China border areas”.

As usual, the Chinese statement differed from the one in Delhi; it should allow Beijing to play with words in future.

Ambitious generals in Chengdu’s Western Theatre Commands sold the idea to Xi to teach a lesson to Indians and to place the PLA troops on the LAC in far better position to destroy, if necessary, the new infrastructure built by India in East Ladakh. Gen. Zhao Zongqi thought it would be easy if he took the Indians by surprise.

Unfortunately, the Leh-based 14 Corps reacted faster than expected by Gen. Zhao, and thereafter nothing went according to plan, particularly on June 15 (Emperor Xi’s birthday) when between 45-60 Chinese soldiers lost their lives in a deadly clash with Indian troops in Galwan Valley.

Of course, the totalitarian Middle Kingdom can hide the truth from their masses, while stressing that only India lost many soldiers.

But how long can the Chinese State keep this secret in an era when the social media is all-pervasive?

On July 6, two TV panellists discussed the third round of military talks in Chushul. They argued that China’s sovereignty over Galwan was a fact and Indian troops illegally crossed into Chinese territory.

The “experts” further argued that Galwan was not disputed till India illegally moved into the area; Chinese viewers were repeatedly told blatant lies such as three years after Doklam, Indian troops crossed again the line and started provocations.

How long can the Chinese government bluff its own public and change into black what is clearly white?

China’s top leadership knows Xi Jinping has taken a too big a bite and he doesn’t have the capacity to digest it. It wasn’t a smart move. Therefore, the leadership has started questioning the People’s Leader, especially when the pandemic isn’t yet over.

A temporary “disengagement” may give Xi some breathing space and help him save face in the short term; all the more reason for India to stay awake and not be fooled by Chinese propaganda.

One shouldn’t forget that early next month, the annual secret CCP conclave will be held in the seaside resort of Beidaihe; it will give space to the party’s elders to review Xi’s leadership.

The agenda will be tough for Xi: on top of the usual issues, he has to answer for the catastrophic economic situation… and an unnecessary war with India.

A party publication, Qushi, recently published what is seen as “Xi’s Little Red Book”: the gist of it being “Party, government, military and civilian studies, East, West, South, and North, the Party is the leader”. And Xi is the Party’s core! These gimmicks don’t augur well for the Middle Kingdom.