Amendment may impair the right to information

There is no doubt that the law has transformed the landscape of information flow from the government to citizens. 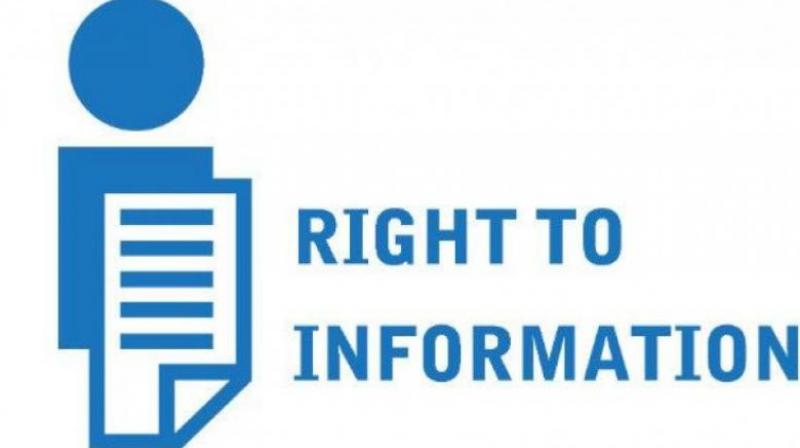 The aim of the Act was to enforce transparency and accountability in the working of every public authority. In this respect it was a pivotal reform measure, a powerful blow in favour of the ordinary citizen.

The Right to Information Act (RTI) was enacted in June 2005, and came into force in October the same year. It was a landmark legislation that, for the first time, empowered citizens to obtain vital information from governmental authorities. No longer could government bodies evade providing information that should legitimately be in the public domain. The legislation broke the opaque wall that governments seek to build around their functioning, and allowed a ray of sunlight to penetrate into the world of babudom and official decision-making. The aim of the Act was to enforce transparency and accountability in the working of every public authority. In this respect it was a pivotal reform measure, a powerful blow in favour of the ordinary citizen.

There is no doubt that the law has transformed the landscape of information flow from the government to citizens. In fact, the working of the Act has been a huge success. Every day, some 5,000 RTI applications are filed, and bureaucrats and politicians are aware that with a few exceptions almost all information pertaining to their departments are now available for public scrutiny. Significantly, apart from the government, even privatised public utility companies, and NGOs that receive 95 per cent of their infrastructure funds from government, are covered under the Act.

The Act has been working fairly smoothly since 2005, and has rightly been used to uncover corruption and administrative ineptitude in government, apart from assisting ordinary people in getting their due from public authorities. With such a track record, the question arises as to why the current government has amended the RTI law. After all, the BJP would be aware that it was this very law that was of great use to it when it sought to uncover the alleged corruption within the earlier UPA governments. What is sauce for the goose is sauce for the gander, so there have been many instances when the NDA government too has had to face heat because of information sought — and obtained — under the Act. For instance, it was an RTI query that revealed that former Reserve Bank of India (RBI) governor Raghuram Rajan had submitted a list of loan defaulters to the government. Embarrassment was also caused to the government on an RTI request seeking information on the educational qualifications of PM Narendra Modi, as also on whether the RBI was in concurrence with the decision on demonetisation, and the quantum of black money recovered by the government thus far.

Even so, any attempt to weaken the autonomy and functioning of the RTI Act, must be considered a retrograde step, and against the interests of the citizen. Do the government’s latest amendments to the Act constitute such an attempt? To answer this question, we must consider what these amendments are. The RTI Act, 2005, stated that the term of central and state information commissioners would be fixed at five years or until 65 years of age, whichever is earlier. It also stipulated that the pay of the Chief Information Commissioner (CIC) would be equivalent to that of the Chief Election Commissioner (CEC), and that of the Information Commissioners (ICs) with that of the Election Commissioners (ECs). Now, the amended RTI Act stipulates that tenure and salaries of the CIC and ICs would be decided on a case-by-case basis.

At one level, such an amendment can be explained away as merely a “technical” change that does not dilute the government’s commitment to transparency and accountability. But, at another level, this could have a direct impact on the independence and autonomy of the functioning of the CIC and IC, since a Damocles sword would he hanging over them with regard to how long they can serve and what they would be paid. Across the world, one critical means of ensuring the impartiality and independence of regulatory, judicial or quasi-judicial authorities is to grant them fixity of tenure, and insulate them from interference through a deliberate ambiguity — resting with the appointing authorities — on what salaries they would draw. The straightforward issue is: if the government appropriates to itself the power to decide how long a CIC or IC can serve, and what they should be paid for services rendered, will this not influence their autonomy and neutrality of functioning?

It is an established fact that fixity of tenure, and insulation from changes in perquisites, adds to the impartiality of functioning of crucial regulatory authorities. That is why, even in the case of the EC, the same level of constitutional protection that is available to the CEC needs to be extended to the other two ECs. Clause (5) of Article 324 of the Constitution specifies that the CEC cannot be removed from office except in like manner and on like grounds as a judge of the Supreme Court. There is no reason why this same protection should not be made available to all the ECs, and their appointment process also made more rigorous, so that it is decided by a panel consisting of the PM, the Chief Justice and the Leader of the Opposition, and not by the whim of the executive.

Such changes strengthen the democratic infrastructure of a country, and the RTI is very much a part of this infrastructure. One would have expected that the current government, which has such an overwhelming majority in Parliament, and a party — the BJP — which benefited so greatly by the use of the RTI, would do just that: further strengthen the independence of the RTI infrastructure. However, while benefit can be given to the ultimate intent of the government — and subsequent actions pertaining to the interference in the RTI apparatus will make that abundantly clear —the prima facie inference from the changes that have been made is that it will be deleterious to the independence, autonomy and impartiality of the functioning of the authorities that administer the RTI Act. In the final analysis, such a step will be injurious to the rights of citizens, who have come to look upon the RTI as a potent attempt to protect their rights and ensure that public authorities work both transparently and with accountability.