Remember, there is no cure for Covid-19, If you catch the infection, you can only wait for it to pass through you safely 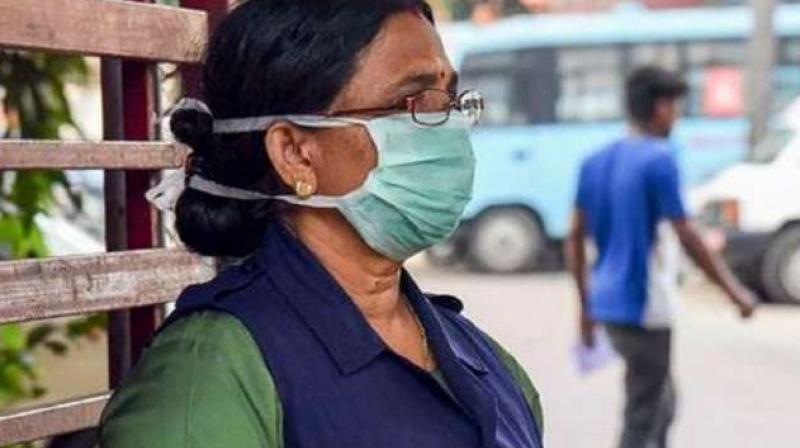 The government says we averted between 37,000 and 71,000 deaths due to the nationwide lockdown. It says studies show India could have had between 14 lakh and 29 lakh cases now if the lockdowns hadn’t been ordered.

The government, or at least a Niti Aayog member in his individual capacity, also apologised for giving the impression in a slide on April 24 that new cases would be zero by now.

The Niti Aayog member said “no one has ever said the number of cases would go down to zero at a particular date, there is a misunderstanding, which needs to be corrected. For the misunderstanding, I feel sorry and apologise,” he said in a response to a question.

Based on what it releases at its Covid press conferences, the Centre is now focused on two things. One, that the recovery rate is rising, and second, that without the Prime Minister’s lockdown strategy India would be in big trouble. It is not focused on new cases perhaps thinking that the lockdowns would end or slow the rise in numbers of those infected.

The recovery rate refers to the number of those who caught the infection, were tested, proved positive and then after some time proved negative again. As of last weekend, around 1.25 lakh people tested positive and of them 52,000 recovered. meaning a little less than half. Globally, 53 lakh people were infected, and 21 lakh recovered.

The percentage of recovered will keep rising in natural fashion till it is around 95 per cent and perhaps even higher.

Why? Because the fatality rate of Covid, meaning the number of people who die from it, is currently six per cent. Most of these have been very old people with existing diseases who died in Europe and the United States.

The fatality rate in India so far is around three per cent, and so at some point our “recovery rate” should reach 97 per cent even if the government does not do anything at all.

Remember, there is no cure for Covid-19. If you catch the infection, you can only wait for it to pass through you safely. And even this doesn’t mean you are now Covid-free as re-infections have been reported widely.

So it’s not clear why the government keeps speaking of the recovery rate except perhaps to reassure people.

The problem is that the number that is likely to be in the news from now on and for some time is of new cases. This number of those people who are infected daily was around 2,000 in early May. It was around 4,000 daily last week.

Now it’s over 6,000. It’s not showing any sign of flattening except in Kerala. With the lockdown open, more people will be tested and this number will go up for the next few weeks.

That is how it has been in all other countries, except where voluntary actions by individuals, like social distancing, using masks and hand-washing, has made the growth flat or put the new numbers in decline.

There are 11 nations which have more than one lakh infections. Of these, only Brazil, India and Peru are showing a continued path of escalating cases. So how bad can it get? The United States was reporting between 20,000 and 35,000 new cases a day each day for the past 50 days.

Can we tell that our lack of testing has meant there are many infected people who don’t know they are infected? Yes. One way is to look at death rates, now that we have sufficient data. Gujarat has 13,000 infections and 800 deaths, a fatality that is twice the national average.

This means almost certainly there at least another 13,000 infected people in Gujarat who have not been tested, and don’t know they are infected.
These people, all the people going back to work now, all the migrants who walked home and are going home now, all of them will act to push the daily rate every higher.

At some point, this will peak and then the daily rate will start to drop as it has in every other country, including the US, Italy and Britain, the worst-hit nations. This rate of new daily cases is the only important metric.

Not the imaginary numbers of people saved in the past and not the recovery rate, which will automatically rise.

How soon can we start reducing the number of daily infections? Only Kerala knows that. It was among the states with the most cases in early March, but today has dropped to number 17.

Its success has been acknowledged and covered globally, but it has not been referred to even once by the Prime Minister. What they are doing in that state is a model for the rest of us.

It is the only state where new cases are not on the rise and where the total number of those now infected is often lower on some days because of recovery.

How many of us know what they are doing that Maharashtra, Gujarat and Delhi are not?

If the answer to that is not many, it is because the Centre has refused to acknowledge it has a role model in curbing daily new cases, the only meaningful metric in assessing the Covid epidemic.