The perils of choosing religion over politics

The escalation of BJP support from two to 282 Lok Sabha seats recalls the Brotherhood’s runaway success. 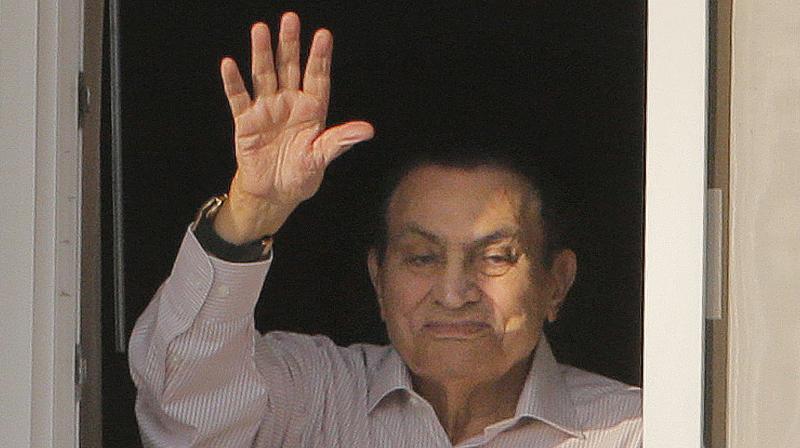 When he was released from confinement last week, 88-year-old Hosni Mubarak, who ruled Egypt with an iron hand for 30 years, slipped out of history into luxurious obscurity. But Egyptians are still grappling with the consequences of the chaotic 12 months under his successor, Mohammed Morsi, Egypt’s only democratically elected President, whose short tenure demonstrated two political truths that are both disturbingly relevant to India. First, democracy is a double-edged weapon. Second, religion is a ruthless tiger that politicians mount at their own peril but cannot dismount at their own pleasure.

Those who welcomed Mr Mubarak’s fall when the so-called Arab Spring gave short shrift to dictators were hoist with their own petard in the subsequent election: instead of voting for a safe and secular retired Air Force chief as President, Egyptians chose Mr Morsi, the burly, bearded chairman of the Freedom and Justice Party which the Muslim Brotherhood had launched to contest the election. A socio-religious organisation that marches to the slogan “Islam is the solution”, the Brotherhood and its political front, the FJP, invite comparison with the Rashtriya Swayamsevak Sangh and the Bharatiya Janata Party. But while the RSS has been banned only four times (once during British rule and three times after Independence) and is assured of the pre-eminence it now enjoys for some years to come, the Brotherhood has again been outlawed by Abdel Fatah al-Sisi, Egypt’s current President. Having suffered a succession of government crackdowns in 1948, 1954 and 1965, it can boast of a far more tumultuous past than anything the RSS has known.

Called “al-Ikhwan al-Muslimun” in Arabic, the Brotherhood was founded in 1928 (three years after the RSS) by an Egyptian schoolteacher and six Suez Canal Company workers to make Islamic law mandatory and promote what they saw as Islamic ethical concepts. Since Egypt was then virtually a British protectorate, the Brotherhood also aimed at loosening colonial control and purging Western influence. Branches were set up throughout Egypt to run mosques, schools and sporting clubs, and membership soared as revivalist ideas spread across the Muslim world. The escalation of BJP support from two to 282 Lok Sabha seats recalls the Brotherhood’s runaway success. In 2000, it returned 17 parliamentarians.

Five years later, it captured 20 per cent of the seats, prompting a worried Mr Mubarak, who was then President, to rewrite the Constitution stipulating that: “political activity or political parties shall not be based on any religious background or foundation”. Independent candidates were banned from running for President, and new anti-terrorism laws gave the security forces sweeping powers to detain suspects and restrict public gatherings.

The fresh election after Mr Mubarak was overthrown enabled the Brotherhood to emerge as the only force in the land (apart from the military which had ruled Egypt in one guise or another since the Free Officers banished King Farouk in 1952) and the power behind the throne. Indians will recognise a familiar ring about Mr Morsi’s attempt to reassure critics by promising that as President he would build a “democratic, civil and modern state” that guaranteed freedom of religion and the right to peaceful protest. Even if the commitment was seriously meant, it did not inspire confidence among people who see nominees of religious lobbies as prisoners of their rigorous masters. Visiting Egypt last month, I was shown mile upon mile of ugly ramshackle mostly empty blocks of flats lining the road out of Cairo. They are blamed on Brotherhood favourites who were allowed to build illegally on prime agricultural land. Some condominiums sported a minaret and housed a mosque, thereby escaping taxes.

The massive demonstrations against Mr Morsi that erupted in 2013 reflected anger at perceived discrimination and disenfranchisement against religious minorities (Coptic Christians account for about 15 per cent of the population), economic instability and the alleged wholesale murder of protesters. The violence continued until the Army Chief, Abdel Fatah al-Sisi, seized power, bringing to a bitter and bloody end Egypt’s only experiment with democracy. The prime and never-to-be-forgotten lesson of that conflagration is that those who uphold the lofty principle of “Vox Populi, Vox Dei” — the voice of the people is the voice of God — forget, as someone once pointed out, that the riotousness of the masses is always very close to madness. It’s especially dangerous when Vox Dei is identified with a particular god so that the people’s mandate, as delivered through the ballot box, is seen to uphold the claims of one religion in a multi-religion society.

Hundreds of Brotherhood activists were killed when Mr Morsi was toppled; thousands more are languishing in jail. Egypt, the UAE, Saudi Arabia and Russia have declared the Brotherhood a terrorist organisation. Its assets were seized. The FJP’s newspaper was closed and its equipment confiscated.

One recalls wistfully that Egypt’s second President, Gamal Abdel Nasser, was regarded as the apostle of revolution. He promised with Nehru, Tito and Sukarno to banish Cold War hostility and usher in global peace and harmony. Hurling defiance at the West, he nationalised the Suez Canal and vowed to build dams “more magnificent and seventeen times grander than the Pyramids” so that Egyptians prospered. Those heady times seem as remote now as the high noon of Greek Alexandria. Today, Egyptians are desperately courting Chinese tourists because the Russian boycott since the 2015 Metrojet bombing has deprived Egypt of one-third of its tourism revenue. One Egyptian opened his cellphone to reveal a picture of Farouk’s son, “King Ahmed Fuad II”, exiled in Switzerland, and claimed Egyptians were better off under the monarchy.

If the Brotherhood has paid a high price for political adventurism, Egypt is paying even more dearly for allowing religion to overwhelm politics.