Modi had promised that inconvenience caused by the decision will soon end and he certainly didn’t expect it to last this long. 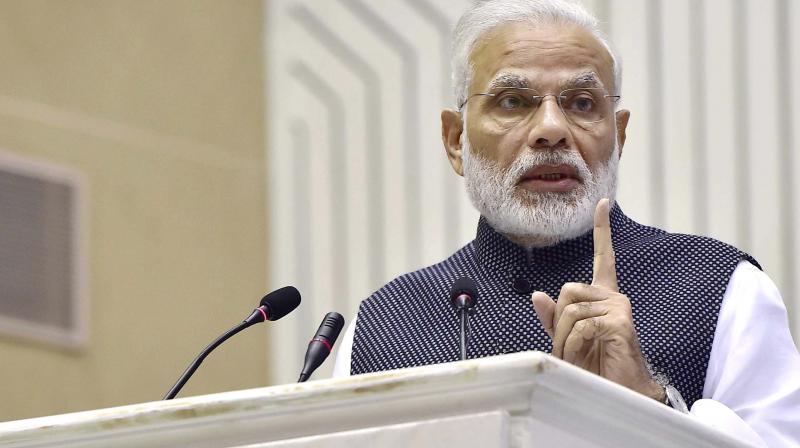 Over 100 days have passed since the note ban decision, and it’s still making headlines. Corporate titans like Rajiv Bajaj and Indra Nooyi are openly criticising the idea itself, rather than merely blaming the implementation, thus questioning the wisdom of our policymakers.

Prime Minister Narendra Modi would have hoped otherwise. He had promised that inconvenience caused by the decision will soon end and he certainly didn’t expect it to last this long. Unfortunately, it appears that he has been unable to keep his promise. Greater tragedy is the persistent denial mode in which the government seems to be in.

While the withdrawal limits have been raised and the government claims to have remonetised the economy at a never seen before pace, ATMs are still not functioning with efficiency seen prior to demonetisation. The twin justification: curbing black money and promotion of digital economy, have returned to haunt the government. The growth rate of digital payments is steadily declining. The massive use of cash during the ongoing state elections has taken air out of government claims of demonetisation being a death knell to black economy. It was reported that more than Rs 100 crores in cash have been seized so far in Uttar Pradesh, one of the election-bound states. It should also be noted that the decision to limit cash contribution to political parties to Rs 2,000, a move touted to clean up electoral funding (but unlikely to be so) will come into force a year later, that is from April 2018.

All this points to a deeper malaise in the government’s thought process. It appears that the government does not believe in ex-ante assessment of outcomes of its decisions. If only it can take time out from boasting about its achievements and marketing unsaleable ideas.

For instance, infrastructure spending has received a huge boost in the Budget. For the transportation sector as a whole, including railways, roads and shipping, a provision of Rs 2,41,387 crores has been made in 2017-18. However, it must be ensured that such amount is efficiently and rationally spent, else it may only end up creating more invisible disproportionate assets, because of the lack of a good procurement policy and law. A bill was introduced by the UPA government but it lapsed after the general election and the change of government. With the strong anti-corruption stance of the Narendra Modi government we had hoped that, like MGNREGA, the NDA government will push it through. However, no action is visible on this front.

In the last three pre-Budget consultations, we had raised the issue with the finance minister and called for structural reforms by introduction of a public procurement policy and law. Alas, there has been no movement at all. Last year the expenditure secretary did mention that the public procurement bill was being revived, but nothing happened. Even the concerned officials have been surprised.

Another area wherein the government claims to have done wonders is the ease of doing business. It will abolish the Foreign Investment and Promotion Board, which regulated the entry of foreign companies in select sectors. However, the government fails to realise that ease of doing business is not limited to ease of obtaining approvals. More often than not, the unease begins after obtaining key entry-establishment related approvals. There is a need to reform the process of dialogue between industries and entry/mid-level government officers, as the latter implement government policies on the ground and can make or break its image. The government has also issued a clarification on taxation of foreign investors in case of indirect transfers. The need to repeatedly clarify its stand on critical issues points to a chink in the government’s decision-making process, as it appears to be not considering different interpretations legislative provisions are capable of.

Lack of understanding of structural reforms also resulted in the government paying little respect to principles of competition in the Budget. For instance, the government is keen to promote digital payment mechanisms like UPI, Aadhaar Pay, IMPS, BHIM, AEPS. All these are launched by NPCI, which has virtual monopoly in digital payments systems space, and often discriminate between banks and non-banks in the payments space. Competition has proven to improve efficiency and reduce costs across sectors. Absence of competition in digital payments sector will do more harm than good.

The government has also proposed to create an integrated public sector ‘oil major’ to match the performance of international and domestic private sector oil and gas companies. One is not sure if government has conducted comprehensive competition assessment of this decision, or if it has considered alternatives.

We have called for adoption of the draft National Competition Policy to facilitate due consideration of competition principles in policy making across sectors. The draft is available at the website of ministry of corporate affairs since 2011, which is pending adoption. It is high time that the government identifies chinks in its armour and start fixing them.