Detention camps are spreading all over... in India, China, America

Assam is not the only Indian state in which such camps are being planned. 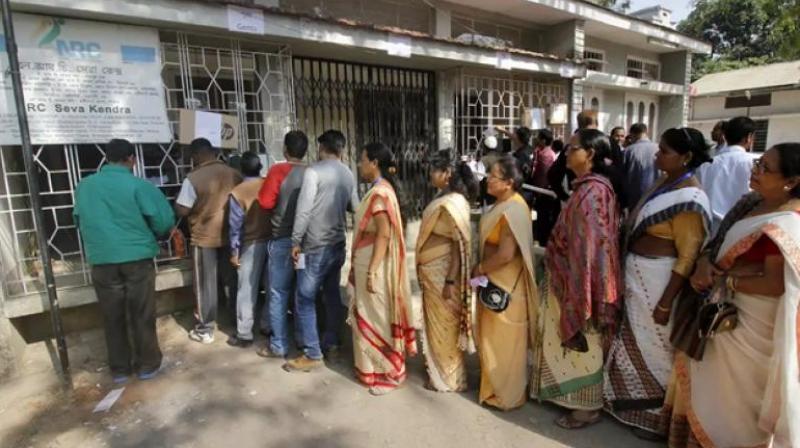 Bangladeshi nationals were caught by the security forces after they entered India without valid documents and were lodged in different detention camps. (Representational Image | PTI)

Before the protests and protesters, there was the construction of camps. Even as India has erupted into rebellion over the proposed National Register of Citizens (NRC) and a citizenship bill that would fast track citizenship for refugees from all neighbouring countries save Muslims, it has been building “prison camps”. The one in Goalpara, in Assam, began being constructed in September.

Reported to be as large as seven football fields, with planned barracks for prisoners and the security forces that will guard them, this particular camp is supposed to be in operation at the beginning of the year. The detainees are going to be the Indian Muslims who have been rendered stateless in Assam by the implementation of the NRC in that Indian state. Two million Indian Muslims belong to this category. The camp at Goalpara is supposed to be only one of 10 planned centres of its kind. Like the others, it will hold entire families, including children, who despite having been born in India will not be considered citizens of the country.

Assam is not the only Indian state in which such camps are being planned. According to the former chief minister of Maharashtra, Devendra Fadnavis, the Union ministry has sent on a proposal to build another such camp in Maharashtra.

The construction of the camps suggests that the Modi administration has been planning a mass excision of Indian Muslims from the national citizenship list. What to do with these “unqualified” people? The Modi administration’s response seems to be quite simple — to hold them in detention camps. With such a dark and inhumane future ahead, it is unsurprising that Indians, Muslims and others, have turned to the streets to protest a draconian Modi administration’s intent on transforming India into pre-war Germany, enabling the genocide and exclusion of Indian Muslims using any means possible.

India has a neighbour enacting just as horrendous inhumanities on Muslims. The reports of the vast camps housing thousands of Uighur Muslims have been emerging for years, With each new one, the situation appears to be deteriorating. A recent report published by the New York Times (and based on leaked documents) found that party officials wanting to cover up the existence of the camps went as far as to arrest students returning home during college breaks. The students themselves were bewildered to find that parents, grandparents, friends had all been rounded up and taken to one of the camps. The crackdown extends not only to Uighurs but also Kazakhs and other Muslims. Under the pretext of deradicalisation, the government undertakes an expansive indoctrination programme in the camps. The idea is to entirely wipe out the identity of Uighur inmates such that they will only profess allegiance to the Chinese state.

Abuse, torture and rape are said to be widely prevalent in the camps, whose scale is vast and locations under strict secrecy. The world used to be a place where practices such as the indiscriminate detention of hundreds of thousands would have attracted the attention of human rights groups. Campaigns would have begun that pointed out the egregious abuse of power that the camps represent. The United States, the once-upon-a-time champion of human rights, would have likely led the charge, urging others to coalesce under its leadership. But the US as it exists now has its own prison camps. Reports from the detention centres set up on the country’s southern border state that thousands of migrants seeking asylum have been imprisoned in the country.

The total of these observations suggests only one truth. The decade that is coming is likely to be the first since the Second World War in which the moral consensus that permitted the enforcement of some bare minimum of human rights will no longer exist.