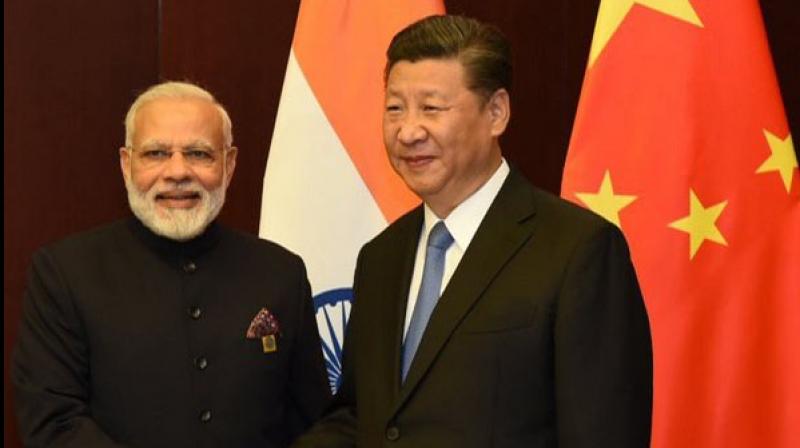 It is unfortunate that Parliament has ducked discussing the most serious national security challenge that India has faced since 1962: the stand-off in eastern Ladakh and north Sikkim qua China.

It is obvious the government would try and avoid answering hard questions but the combined opposition in both Houses should have pushed harder for a full-fledged discussion and not contented itself with a bland statement from the defence minister with some proforma clarifications in the Rajya Sabha and not even that in the Lok Sabha.

In fact, I wrote to the defence minister on September 16, urging that the government suo motu propose a discussion on the border situation. Not only would that demonstrate the strength of our democracy but also convey to the Chinese our unequivocal national resolve expressed through the collective will of Parliament.

I reminded the defence minister that during the 1962 Sino-Indian conflict 165 members of the Lok Sabha participated in a discussion on the ongoing Sino-Indian war in the Lok Sabha. An equal number including Atal Behari Vajpayee took part in a concurrent discussion in the Rajya Sabha.

In fact, the day the Chinese invaded India, October 20, 1962, on the urging of Vajpayee, who was one of the MPs of a four-member Bharatiya Jan Sangh grouping in the Rajya Sabha, Jawaharlal Nehru unhesitatingly summoned Parliament to meet on November 8, 1962.

A day later, Vajpayee took the floor. He commenced by fiercely critiquing the Nehru administration just as the Chinese were seizing the two crucial knolls — Green Pimple and Yellow Pimple — thereby giving them a bird’s eye view of the 4 Dogra battalion HQ established at Walong on that very day.

Unconstrained by the consideration that the Indian Army was locked in a brutal battle with the Chinese trespassers, he began by highlighting the need for introspection especially with regard to the events leading up to the Chinese offensive all through the 1950s and early 1960s.

He demanded answers to some very uncomfortable questions, namely, why our army was not “in full force” in NEFA and why were they not battle ready. He enquired why between September 8 when China's bellicose intent started manifesting itself and October 20, when they struck, the Army had not been mobilised in full force to pre-empt the belligerents.

Vajpayee insisted on clarity on the identity of those “eminences” in both the civil and military establishment who had kept the dispensation in the dark and what action had been taken against them.

Vajpayee intuitively understood that in a democracy we must state the truth howsoever uncomfortable it might be rather than brushing sensitive issues under the carpet.

That is why 37 years later when the Kargil intrusion took place in April-May 1999, just one year after the high point of the Lahore bus ride, he had no qualms about telling the nation that he had been betrayed by the Pakistanis and they had captured key heights in Drass, Kargil and other areas overlooking National Highway 1-A that connects Srinagar to Leh.

Similarly, during the December 1971 war for Liberation of Bangladesh, the late Indira Gandhi did not dodge Parliament.

Unfortunately, Vajpayee’s successors lack the moral courage to be forthcoming on the latest Chinese transgressions. They hide behind the specious fig leaf of national security to avoid the hard questions, labelling everyone who tries to hold their policies and personnel to account as anti-national.

Such is the paranoia of this government that all my questions — and there were only unstarred questions permitted in this session of Parliament addressed to the Prime Minister, defence, home and external affairs ministers on the Sino-Indian face-off — were disallowed on grounds of “sensitivity” despite having been balloted in the list of 230 questions that are supposed to be answered on any given day. This level of opacity only raises further misgivings that the government is attempting to hide the truth from the nation.

During both World Wars I and II, parliaments of democratic nations across the world regularly met to discuss the conduct and direction of war. Winston Churchill’s most famous speeches were made on the floor of the House of Commons during the Second World War.

The present mess that India finds itself in one is of its own making. India failed to read the Chinese intent. When India was busy playing the friendly neighbour the Chinese were preparing themselves for confrontation.

China deceived India by making it complacent. The present confrontation shows that the 2018 Wuhan and the 2019 Mamallapuram summits were but a smokescreen. The lack of early detection of the Chinese activities on the LAC has intelligence, strategic and tactical failure written all over it.

The Chinese know that the ruling party is heavily invested in maintaining its hyper-nationalist image. Prime Minister Narendra Modi’s official statements of denying the transgressions have played to China’s advantage. It now accuses India of violating the LAC.

The ongoing stand-off does not seem to end anytime soon. Talks have been ongoing since May with a goal to disengage and to restore the status quo ante. However, the talks have failed because there is a differing understanding of what status quo ante means to the two parties. India wants a status quo ante as of the pre-April 2020 situation. The Chinese seem to prefer the pre-2019 situation before the revocation of the autonomous status of the region. Both the parties have dug into their positions, to deny the other any strategic advantage.

Both the parties do not want the confrontation to turn into a full-fledged war; therefore, this would turn into a war of attrition that would further sap our already-weakened economy. The Chinese are taking advantage of the stand-off situation to rapidly augment their offensive capabilities along the entire LAC.

The Chinese, by occupying and building infrastructure in the previously viewed “grey areas” by both the parties, have forced India to accept the Chinese claim line as the new normal through the force of arms.

Should any self-respecting nation tolerate this national humiliation, notwithstanding the obfuscation that the government is blatantly encouraging by running a Bollywood soap opera on what were till yesterday supposed to be news and current affairs dissemination outlets?