How Petrov kept his cool, and saved the world...

The disaster had set off a spiral of Cold War omens, which played out elsewhere, including Afghanistan. 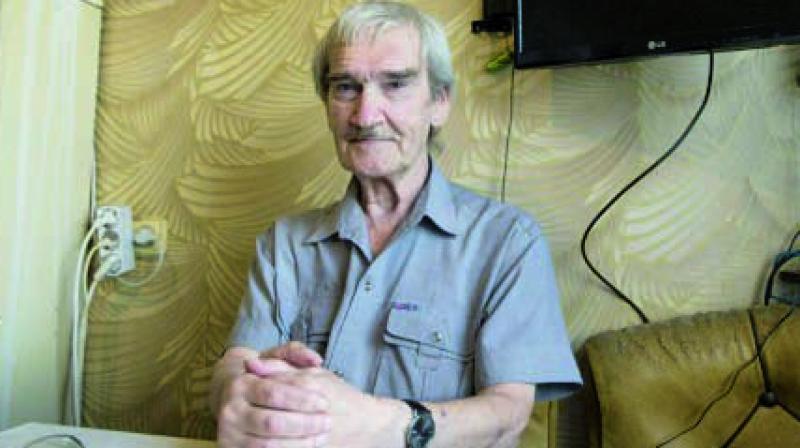 It is difficult to play down the irony of our myriad daily pursuits. We may be planning to blow up the world, as “brattish” Kim and “dotard” Trump seem to be pondering. We may be locked in a wordy duel on Kashmir or the Rohingyas with no succour in sight for the hapless folks we claim to speak for. We may be preparing to walk in a Muharram procession of self-flagellating mourners. Or we may be assembling a suicide belt to slaughter them with.

We may be rearranging the political furniture in Europe — Brexit, refugees, racism et al, or we may be searching for the survivors of the latest earthquake in Mexico or a hurricane in Florida. We may be the ubiquitous state that habitually assaults and robs its people of their freedoms and dignity. We may be the people fighting to turn the tide.

Whatever it is about life, any aspect of it we may be celebrating today, or whatever strife we may be confronting or wading into, the fact is that we are around to do all that thanks to Stanislav Petrov, the Soviet Army colonel who averted a third world war by simply keeping his nerve.

Petrov — who passed away in May as quietly as he had lived, and we came to know of his death last week — was the duty officer at an early-warning anti-nuclear centre near Moscow on the day the world came closest to apocalypse. It was September 26, 1983, and his wristwatch showed midnight when the hair trigger siren went off at a deafening decibel. Only a few weeks earlier, the Soviets had shot down a Korean passenger jet. The disaster had set off a spiral of Cold War omens, which played out elsewhere, including Afghanistan.

Large red signs on Petrov’s computer showed that the US had launched a ballistic missile towards the Soviet Union. Within moments, a few more popped up. It turned out to be a glitch, but imagine the crisis on the watch of, say, a Pakistani or an Indian officer who would not have the precious 15 minutes to take a world-saving decision that Petrov had.

According to subsequent Russian accounts, from the moment the warheads had taken off, there was “only half an hour for the Kremlin to decide on whether to push the red button in retaliation and just 15 minutes for Petrov to determine whether the threat was real and report to his commanders. ‘My cosy armchair felt like a red-hot frying pan and my legs went limp. I felt like I couldn’t even stand up. That’s how nervous I was when I was taking this decision,’” he would say later.

The Russian officer did a quick if risky calculation. He saw it as strange that the US, with its thousands of nuclear warheads, would begin an assault with just a few of them. That was his hunch. It was a good hunch in the end. But it could have gone horribly wrong. The early detection system was new and Petrov had little trust in it. Whatever the arguments, he knew that all he really had to go on was a hunch.

His brief was to determine whether the threat was credible, and how to report it to his superiors, who would relay the information directly to the assigned Politburo members.

“I was the one with the information and my reaction would determine the course of action. If I told them it was an attack, it would have been easier for them to go along with this and to act accordingly than to say otherwise. The panic would have spread like in a henhouse,” Petrov said.

A high-level inquiry commission probed the malfunctioning alarm system and it was found to have many glitches that were hopefully corrected. Based on Petrov’s story, the movie The Man Who Saved the World premiered in 2014. It featured Kevin Costner who sent the Russian hero $500 as a “thank you” for his decision. A sincere thank you note would have been adequate, and perhaps more respectful.

There have been several close calls, of course, that would have brought the world to a sudden end, and how many times have US nuclear forces, on their part, braced to launch on a false alarm? None of the corrections, however, involved a self-effacing human hero as Petrov was.

I am not sure what Petrov’s views were about a nuclear weapons free world. As an officer who was ready to respond to fire with fire, one can only surmise that he was sanguine in the nightmarish logic of the Cold War. If there is a lesson to glean from his moment of sagacity, however, it can be best expressed by accepting the fact that we are living on a second chance. Petrov could double guess a bad computer and save the world. It is harder to imagine anyone to fix the glitches of our frenzied minds.