Opinion   Columnists  27 May 2019  Data is the new oil in the age of Big Tech
Opinion, Columnists

Data is the new oil in the age of Big Tech

Over the last century, technology has evolved at breakneck speed and people everywhere have unprecedented access to the latest inventions. 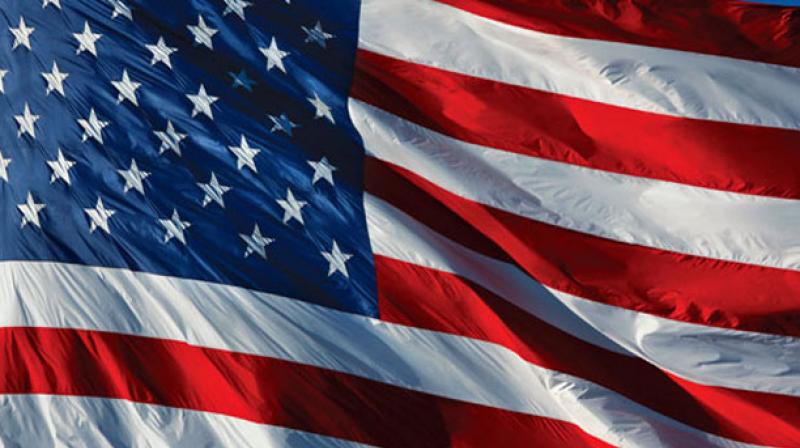 As the US government moves against Huawei, it is a reminder for governments all over the world to face the formidable forces of Silicon Valley, to protect their citizens and let democracy prevail.

The US government’s recent aggressive moves against Huawei are a pressing reminder that it faces its own technology behemoths to contend with. Governments around the world must come up with strategies to protect their citizens from threats to security, privacy and democracy posed by American Big Tech companies. Operating in a notoriously under-regulated industry, they have thwarted the dreams of the internet becoming a democratising force, amassed power and exploited users for personal enrichment.

Fear of technological advancement — technophobia — has a long history. The launch of the printing press was once met with great resistance as people feared how it may change society. In literature, technophobia has been a recurring theme, with novels such as Frankenstein instilling fear of the dark turn scientific advances may take. Cinema has painted dark, dystopian futures with machines taking over the planet.

Over the last century, technology has evolved at breakneck speed and people everywhere have unprecedented access to the latest inventions. There is also a growing trend of connected devices, towards a world where, as computer scientist Mark Weiser described, technologies “weave themselves into the fabric of everyday life until they are indistinguishable from it”.

These developments have given rise to a form of technophobia unique to this century, and with many facets. The fear of technology taking over jobs as artificial intelligence capabilities expand; the grave threat posed to democracy by fake news; the heightened surveillance powers of governments as identification regimes become highly digitised; and a multitude of other anxieties.

While governments’ surveillance powers, amplified by new technologies, evoke Orwellian horrors (“You had to live — did live, from habit that became instinct — in the assumption that every sound you made was overheard, and, except in darkness, every movement scrutinised”) of the role of “Big Brother” now increasingly being adopted by “Big Tech”.

As these companies have risen to unprecedented power — systematically wiping out competition, through acquisitions and exclusionary digital marketplaces — “data is the new oil” is the mantra of the new age. Their bread and butter is monetising users’ personal and behavioural data. Unlike oil, however, data is not a finite resource. In a race for supremacy, tech giants outpace their competitors by finding increasingly creative ways to mine more and more personal data.

Users tend to be unaware of why and what data is being collected. If consent is obtained, it is through endless legal agreements for which the lay user has neither time nor knowledge. Concerns on privacy and disenfranchisement aside, users are forced to write off their personal data — a highly coveted raw material — for free, with no share in the massive profits derived from it. Harvard Business School’s Shoshana Zuboff describes this as a Faustian pact in which we are forced to trade our privacy and autonomy in return for the right to use the internet.

The applications of mining personal data in order to predict and influence human behaviour seem limitless, as increasing aspects of our lives are being subjected to surveillance. With the mainstreaming of big data, health (or other) insurance providers may now track and monitor the behaviour of policyholders through various connected devices to reduce their own risks and make decisions on insurance policies. Similarly, credit providers and credit scoring companies may now mine data — such as one’s social media footprint or even how frequently you charge your phone — to make decisions on credit worthiness.

Perhaps the biggest threat unrestricted data mining poses is to democracy. The Obama election win marked the beginning of a new trend: extensive use of technology and social media in running modern election campaigns. Voters’ personal data can now be sold to campaigns to predict, influence and alter voter behaviour. Certain types of voters can be identified and targeted with tailored messages at specific times, in specific places. It is easy to see how such data may also be exploited by surveillance states to harass and silence opposition.

The information asymmetry is stark: technology companies can gain endless insights into our private lives, but they are notoriously secretive of what data they are mining, of how our data is used, and who our data is sold to.

A couple of factors have paved the way for Big Tech to rise to supremacy. Neoliberal economics and the prevailing belief that regulation is the enemy of innovation have prevented corporate interests from being reined in. Technology companies have also exploited the complexity of their technology to obfuscate their practices and motives. As the US government moves against Huawei, it is a reminder for governments all over the world to face the formidable forces of Silicon Valley, to protect their citizens and let democracy prevail.