Prime Minister Narendra Modi is visiting China and will meet President Xi Jinping on April 27-28 in an informal summit at Wuhan. 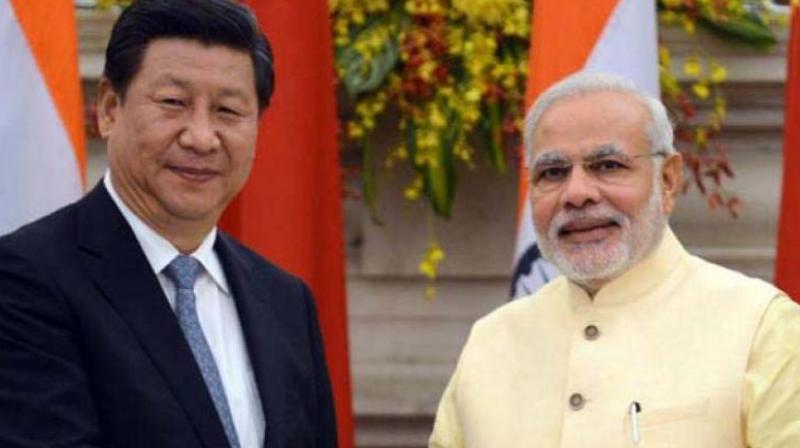 Prime Minister Narendra Modi is visiting China and will meet President Xi Jinping on April 27-28 in an informal summit at Wuhan. They will again meet in June this year when he travels for the Shanghai Cooperation Organisation (SCO) summit. After the low point to which Sino-Indian relations had sunk in the wake of the Doklam standoff in June-August last year, and repeated Chinese transgressions of the Line of Actual Control (LAC) over the past many years, one could never be certain what China’s approach to “friendship and cooperation” was going to be. The continuous efforts by China to prevent India’s entry into the Nuclear Suppliers Group and its unrelenting determination to prevent Masood Azhar be declared an international terrorist by the UN Security Council would forebode no happy tidings from the coming encounter. Yet China can be the strangest country to deal with. After all, in 1962, after roundly defeating us on the battlefield, it withdrew behind its claimed lines, leaving the so-called disputed territory to be reoccupied by India. There is no reason for an Indian sulk in 2018 as that would be counterproductive, and the Modi government has done well to re-engage.

What can then reasonably be expected from the situation at this juncture of Sino-Indian ties and what will dictate it. China knows that it is destined for big things, the eventual leadership of the world. However, it is in no hurry to reach that stage prematurely. In Chinese philosophy, anything premature is bound to create uncertainty, and the certainty of its rise and ultimate dominance is China’s vision. Thus, the status of Sino-Indian relations needs to be examined from this angle. The perception that China is tempted to go to war with India at a stage when it finds India still militarily weak and unprepared could be inherently flawed. The discussions at the 19th congress of the Chinese Communist Party (CPC) made it amply clear that China retained the wisdom of the ancients and had the patience to await its turn to assume the leadership of the world. The interim is all about China working towards maintaining relationships with major powers that it sees as potential competitors and yet setting the stage for their eclipse at its hands. There is no doubt that India falls within the ambit of that perception, that demands from China strategic patience and just sufficient coercion to retain an upper hand in the bilateral relationship. President Xi Jinping’s new status, with leadership for life, and the statements of the 19th congress made it reasonably clear that he is no longer bound by the limits of tenure to achieve what he perceives he is destined to. The new vision surely cannot begin with conflict.

The $85 billion (and growing) trade between India and China is one of the drivers of China’s need for India — the growth was 18 per cent year on year in 2017, in spite of Doklam and other irritants; and the imbalance remains in China’s favour. In the face of a dwindling economy and with threats of trade wars with the United States, the idea of a lucrative trade relationship going bust may not sound tempting. Yet, for all this, China will still not put curbs on its coercion at the border, specially the disputed areas. That provides the scope to put India in its place and project it as unable to stand up to China’s military power. This has continued for a fairly long time, while cooperation in other domains also remained firm. The extent of this strategy was clear even in 2014 when Xi Jinping sat with Narendra Modi on the banks of the Sabarmati, even as the PLA blatantly carried out a transgression of the LAC in eastern Ladakh. But then Doklam happened, and that upset the carefully crafted strategy. India did not cow down, it held its own militarily and diplomatically, and even more importantly psychologically. China’s attempts at information and psychological warfare to browbeat India did not succeed and India handled its media well enough to neither intimidate nor escalate the conflict. A reset was therefore imminent.

The reset that China seeks is perhaps a marginal tweak of the original policy of simultaneous intimidation and engagement. India’s resistance to BRI and its refusal to show up for the grand BRI conference did not go down well with Beijing. The reset now probably includes an adjustment to bring India into the ambit less the CPEC, which crosses India’s claimed area of Pakistan-occupied Kashmir. Some alternatives could be in the offing, to include a China-Nepal-India Trilateral Economic Corridor extendable to Bangladesh, a China-Bhutan-India Corridor or a relook at the Bangladesh-India-Myanmar-China Corridor (BIMC). The signing of MOUs would be in the offing but the materialisation of these would be contingent upon what China has in store as far as the border is concerned. Putting that in the freezer is unlikely after years of experience in brinkmanship through walk-in operations. Leaving Doklam unavenged may also not be a tempting proposition as ego still dictates China’s self-perception. Analysts have been prophesying that limited coercion at the border accompanied by massive doses of deniable cyberattacks, along with a refurbished information strategy, could be in the offing even as India’s leadership is engaged in talks. That is the Chinese way, with the aim that India will wilt under the combined pressure and yield strategic space. The game being played over the Maldives is another prong of this strategy, a game which does include temporary yielding of space to send positive signals. In the recent past, China displayed this at FATF, where after initial reluctance it agreed upon placing Pakistan on the warning list for its financial terror links. By being willing to engage, India is not wilting but displaying pragmatism. When a nation has neglected its comprehensive national power to meet its threats, some pragmatic compromise is inevitable. Hopefully, over the next decade or so it will pay more attention towards this weakness and acquire a position to resist Chinese coercion, even as the two remain engaged in many other domains of cooperation.