‘Fake history’, but ‘slip’ in Bridgerton may land on cancel culture blindspot

And in other bad news: there is severe inflation. Households face energy bills four times what they were last year 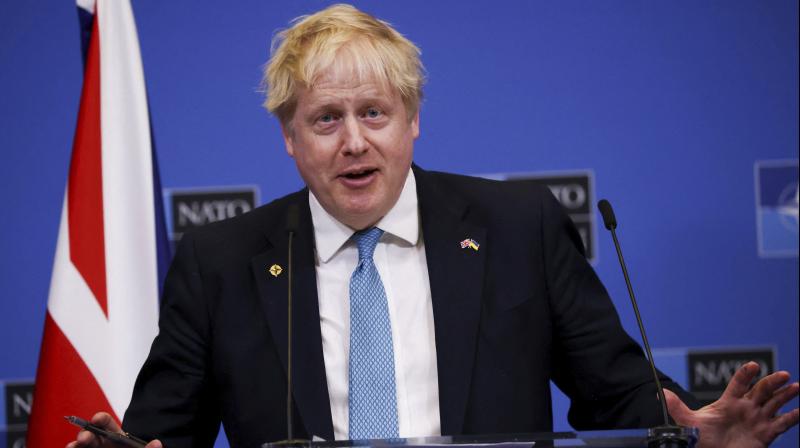 Spring is here. The sun has shone nonstop for a whole week! The temperatures are nearly 20 degrees Celsius. But is the sun setting on the image of the Commonwealth — dominant for a long time as the last representation of the once-powerful British Empire?  It would certainly appear so — as Prince William and Catherine tour the Caribbean to celebrate the Queen’s Platinum Jubilee.

It is a nice life — if that is what nostalgia is all about. Once you step out and kiss dimpled babies — or dance with the natives. But then, the natives have to adore you for what you are, and not be troubled by the colonial past. The reception this time, however, has been very different from previous years.

Wherever they go, the natives remind them of colonial slavery and want to get rid of the Queen as head of State and become a republic like India did. Even so, the royal duo carried on; Kate changing every hour into a different costume and William trying to spread cheer. Our tabloids are happy with the photos.

And the young royals, of course, were picture perfect. Catherine in all her lovely clothes and dazzling smile; William displaying the gravitas and sensitivity that he is now known for. However, the world has changed. The new world is asking for conversations and engagements which go beyond photo opportunities. William certainly seems to have grasped the zeitgeist, and has admitted as per media reports that he may not be the head of the Commonwealth — as his grandmother had so successfully been. Obviously, each country they now visit will have to have a carefully crafted interaction with the locals — acknowledging that their shared history may not always have been picture perfect.

Yes, and some of this shared history is not just about colonial oppression, but also racism based on skin colour. The “colourblind” casting of the hit Netflix series, Bridgerton, with its fake dark-skinned royals in a regency setting, possibly does more to assuage wounds than any real-life royalty. It is a fantastical version of history of course, but at least it acknowledges that dark-skinned actors could be given “regency roles” as they are every bit as competent as their white counterparts. The lead actress, Simone Ashley, is originally from India, and certainly breaks the stereotype — taking over from the very fair and lovely Phoebe Dynevor from Season 1. The fact that the white male lead, Jonathan Bailey, who plays Anthony Bridgerton, does not refer to the colour of Ashley’s skin, and that the scriptwriters did not cast her as an ayah or an Indian princess makes the narrative plausible. Simone who is from Camberley in Surrey represents the latest effort from television and film to spread “diversity”. Season 2 of Bridgerton is not as engaging as the first one, but as a “regency romance” in the best “Georgette Heyer” mould it offers an escapist fantasy where the colonial oppressed and the rulers mingle on an equal platform. It might be “fake history” but at the time of “fake news” it is quite acceptable. One is waiting for the cancel culture enthusiasts to react.

And in other bad news: there is severe inflation. Households face energy bills four times what they were last year. The one happy person is the Prime Minister, Boris Johnson. A month ago, he looked like he was facing a rebellion within the Conservatives and could have been sacked. Rivals in the Cabinet were polishing their images and their swords. Now, however, thanks to Mr Putin, Mr Johnson is a war leader emulating his hero Churchill. There is no talk of any contest. It is springtime for Boris at least. There were rumours about an early election. But we hear that the Queen will be opening Parliament for the next year 2023-24 on May 10. That will be a show worth watching as this is the seventieth year she is doing it. Just imagine the Queen came to the throne in 1952, just two years after Doctor President Rajendra Prasad inaugurated the Indian Parliament in 1950 after India became a republic!

In fact, the Queen at 95 despite fighting ill-health is determined to attend the memorial service for her husband the Duke of Edinburgh next Tuesday. She has not been seen out and about for a while. The whole family will turn up for the service (sans Harry and Meghan, of course).

The war occupies us on our TV and in Parliament. There was a row about how many Ukrainians to give visas to. As it is, immigrants are not the favourites of the government any time of the year. Boatloads coming across from France have created problems not just when their boats capsize but even more when they land. Normally, the Home Office wants none of them if they can help it. Ukrainians are however different. Somehow we seem to have managed to get a few thousand Ukrainians here to move in with families who have offered them their spare rooms or second homes. But for how long? — before inflation and other woes dampen charitable British instincts?