This privatisation turned out to be more of a societal shock, rather than therapy for an ailing economy 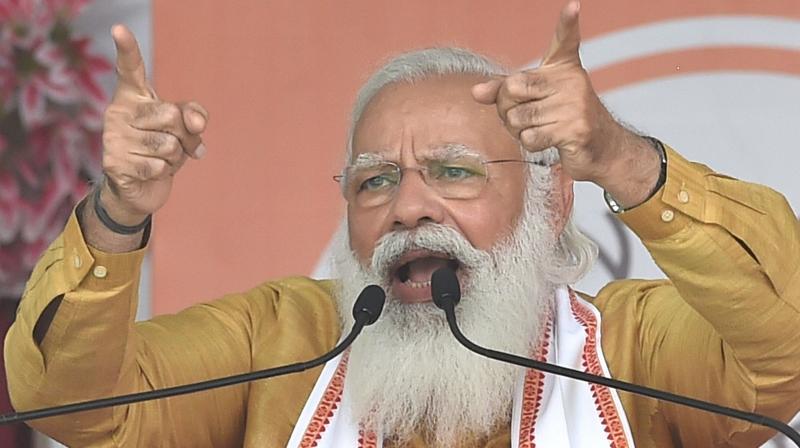 A country that lifted 271 million people out of poverty between 2004 and 2014 is today staring at the spectre of a growing income and wealth inequality. (Photo: PTI)

One thing that stood out during the recently concluded budget session of Parliament was how ministers of the Union kept parroting ad nauseam “It is not the business of government to do business”. It left me wondering as to whether they really even understood the full import or implications of their utterances.

I could not help wondering every time the above proposition was articulated that the next inevitable and portentous consequence would be that it no longer would remain the business of government to be in government. By the time the grand garage sale of India’s public assets would be over economic and, by extension, political power would have become so intensely concentrated in the hands of chaebols and oligarchs that they would be the real overlords of India giving even the American gilded age a run for its money.

No government would in future either be able to challenge them meaningfully or deliver public goods and services for the teaming millions who make up the bulk of our populace and require them most.

The Gilded Age, 1870-1899, was a period in American history when a few people through gross chicanery and outright sophistry became vulgarly wealthy in a very short span of time.

The later iterations of the gilded age have been periods in the history of nations when public assets created out of public money have been privatised on a mega scale.

The person who really put wheels under this large-scale privatisation of public assets in the penultimate decade of the twentieth century was Prime Minister Margaret Thatcher.

On becoming the Premier in May 1979, she sold off steelmakers, carmakers, aerospace firms, oil and gas giants, airlines and the telecoms’ monopoly in the face of robust protests by well-meaning and sober public intellectuals, and even the directly impacted workers of these former state-owned enterprises. Even public housing was pawned of the tenants who lived in it.

However, in the ultimate analysis, this privatisation turned out to be more of a societal shock, rather than therapy for an ailing economy. It was a violent act of economic engineering enforced by resorting to the coercive powers of the state. Its social implications were colossal. Short-sighted un-egalitarian, and antithetical to the notion of public investment, it did not lay the underpinnings for either sustainable or pervasive prosperity. It was a chimera.

In fact, a 2005 study by economists Blanden, Gregg and Machin found that; “The rapid increase in UK income inequality that began in 1979 is sometimes justified by the argument that society is now more meritocratic so that it is easier for the poor to become richer if they are willing and able to work hard. In fact, our research shows that the opposite has occurred — there has actually been a fall in the degree of social mobility over recent decades.

Children born to poor families are now less likely to break free of their background and fulfill their potential than they were in the past. Thus the only enduring legacy of the Thatcher years was that while the rich became richer the poor became poorer.”

Post the collapse of the Soviet Union in the mid and late 1990s, Russian President Boris Yeltsin launched a ruthless privatisation programme of the Soviet created and commanded economic model incubated public sector. In what became the hugest disposal ever of state-owned property, history enterprises were sold at a rate of over eight hundred per month. By time the process ended 77 per cent of Russia's large and mid-size organizations and 82 per cent of the small ones were transferred to private owners. These 15,000 privatised assets accounted for two-thirds of industrial output and over 60 per cent of the industrial workforce of Russia, the official successor state of the Soviet Union.

The auctions conducted to privatise these assets were completely rigged. The most lucrative enterprises did not even come up at these public sales. These were either simply farmed out to favoured businesspersons or were disposed of through opaque processes.

Productive establishments and other precious assets were simply pawned off at a fraction of their worth. A tiny clique of oligarchs and carpetbaggers simply took over much of Russia’s economy and became filthy rich. They snapped up valuable state assets at rock bottom prices. More often than not oligarchs just stripped their acquirements of all value simply leaving a shell of a company behind.

They acquired natural resources and then re-sold them at hefty premiums and parked the money abroad. Another favoured modus operandi was the acquisition of majority shareholding invaluable state properties. Having achieved that goal the minority shareholders that more often than not was the Russian State or provincial governments became putty in their hands. The bottom line was not wealth generation but wealth extraction.

As a consequence, billions of dollars of public money found its way into private hands as unearned income. The result was that there was hyperinflation, the bottom dropped out of the Russian currency and ordinary people were forced into the most extreme form of destitution. It was a plight far worse than even the years of Communism.

Similarly in India today there are capitalists who are benefiting from a very similar modus operandi. They are “growing fatter” by the hour cornering public assets at basement prices aided and abetted actively by a collusive state. Airports, airlines, public sector units, power utilities are all being put on the chopping block under a fallacious construct that it is not the business of government to be in business. The consequences of such an ill-conceived strategy in the name of privatisation and disinvestment would haunt India for decades to come.

A country that lifted 271 million people out of poverty between 2004 and 2014 is today staring at the spectre of a growing income and wealth inequality. Even before the pandemic hit India in all its ferocity India's richest one per cent held more than four-times the wealth held by 953 million people who make up for the bottom 70 per cent of the country’s population.

If there is a time to revisit the fundamental construct it is now. It must be reemphasised with all the force at our command that it is indeed the business of government to be in business or there would be hell to pay in the years ahead.