A fresh chance for OIC, India to reset their ties

Given the painful history of India's association with the OIC, this announcement was nothing short of a bombshell. 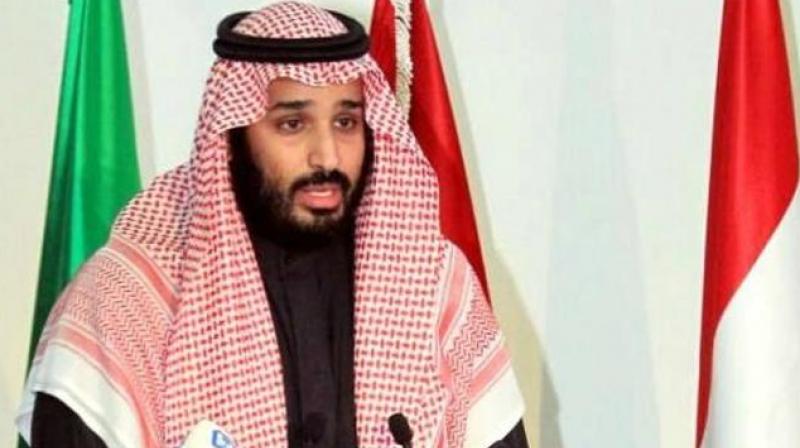 On February 23, just as New Delhi was recovering from the controversies surrounding the visit of Saudi Arabia's Crown Prince Mohammed bin Salman, the UAE foreign office in Abu Dhabi issued a statement saying that India would be invited as a "guest of honour" at the meeting of the foreign ministers of the Organisation of Islamic Cooperation (OIC) taking place in the UAE capital on March 1-2. The UAE statement explained that the invitation was in response to India's "great global political stature as well as its time-honoured and deeply rooted cultural and historical legacy, and its important Islamic component". Given the painful history of India's association with the OIC, this announcement was nothing short of a bombshell.

Fifty years ago, in September 1969, at Rabat, India suffered a deep humiliation when, though formally invited, its official delegation to the first summit of this Islamic grouping was unceremoniously evicted from the meeting at the insistence of then Pakistani leader Gen. Yahya Khan.

This meeting of 24 Muslim countries had been convened by Moroccan ruler King Hassan to protest against the arson attack on the Al Aqsa mosque in Jerusalem in August. While condemning the attack, the conference also spoke of the gathering as reflecting the "collective voice of the Muslim world" and committed the leaders to "safeguard and protect" the interests of the global Muslim community.

The first meeting of Islamic foreign ministers was held in Jeddah in March 1970 and the OIC was formally launched in 1972. Its secretariat, headed by a secretary-general, is in Jeddah, with Saudi Arabia providing most its funding. The kingdom maintains tight control over the functioning of the body: traditionally the assistant secretary-general for political affairs has been a Saudi, but since 2014 the two successive secretaries-general have been Saudi as well. This ensures direct Saudi control over the OIC agenda in this period of considerable internecine competition in West Asia.

Saudi influence over the OIC is the result of a shift in balance of influence in favour of the kingdom after the defeat of Egypt in the 1967 war. Till then, through the 1950s and early 1960s, Egypt after its republican revolution and espousal of Arab nationalism, socialism and secularism, had been the leader of the Arab world. In this “Arab Cold War”, the kingdom represented the traditional monarchies whose values and worldview
were anchored in Islam. As country after
country moved from royal rule to revolution -— Egypt, Iraq, Yemen, Syria and Libya — it seemed that the monarchies would lose this ideological competition.

The 1967 war ended this rivalry in favour of the kingdom, which now moved rapidly to consolidate its leadership in West Asia on the Islamic platform. The OIC is the product of this effort.

Today, the OIC has 56 countries, in addition to Palestine, as members. In nominal terms, these countries have a collective GDP of $10 trillion ($28 trillion in terms of ppp) and a per capita income of $10,000 ($20,000 in ppp terms). Its members cover a vast geographical space across Asia, Africa and even Europe and Latin America, and include some of the wealthiest nations of the world —Saudi Arabia, the UAE, Qatar and Kuwait. But in 50 years the OIC has acquired neither the standing nor the credibility that its membership and resources would warrant.

The reason is that Saudi Arabia uses the OIC as a platform to subserve its own specific interests — every time it feels the need to project “Islamic” backing for its position, it gets resolutions passed accordingly. In return for such support, it allows members to issue any resolution they wish against a non-member.

Thus, the kingdom has ensured that the resolution on Syria condemns the Bashar al-Assad regime in the harshest terms, while extolling the kingdom's role to back the interests of the political opposition. Similarly, regarding Yemen, Saudi Arabia obtains resolutions backing its military action and its support for former President Abd Rabbo Mansour Hadi. The organisation has therefore remained institutionally feeble, with its own members giving priority to their membership of other groupings.

Pakistan is the exception. The OIC platform is the only one it can use to get one-sided anti-India resolutions passed that are then projected as the consensual position of the entire OIC membership. The anti-India resolutions cover the Pakistani agenda on the Kashmir issue, ties with India and the "abuses" heaped on India's Muslim community. These resolutions began with the foreign ministers' conference in Cairo in 1990, coinciding with the commencement of the Pakistan-sponsored jihad in Kashmir. They became longer and more abusive through the 1990s, particularly after the destruction of the Babri Masjid.

During this period, Indian envoys were assured by member countries that the resolutions did not reflect national positions and, in keeping with OIC procedure, they were generally passed without discussion or debate. We were consistently asked to ignore them. This finally resonated with external affairs minister Jaswant Singh, who in 2001 directed that they be ignored since "they are not worth the paper they are written on".

Thus, the invitation to India to be the guest of honour at the Abu Dhabi conference is essentially the correction of a historic wrong and brings India into the mainstream of this Islamic organisation, where it has a natural place. It is also a solid rebuke to Pakistan. The invitation results from the robust Indian diplomatic engagement with the major Gulf countries, particularly the high-profile interactions of Prime Minister Narendra Modi, and is a tribute to India's global stature.

Obviously, Pakistan will not give up the one unfettered opportunity it has to heap calumny upon India; hence, the hostile resolutions could continue for some more time. They will stop only when Saudi Arabia firmly puts an end to them.

As the external affairs minister Sushma Swaraj extends her hand of cooperation to the OIC at Abu Dhabi, the abuse of the "guest of honour" should now end and the real perpetrator of extremism and violence identified and pilloried at the Islamic platform.