Anita Katyal | Will Harish do an Amarinder? Will Yogi stand from Varanasi? 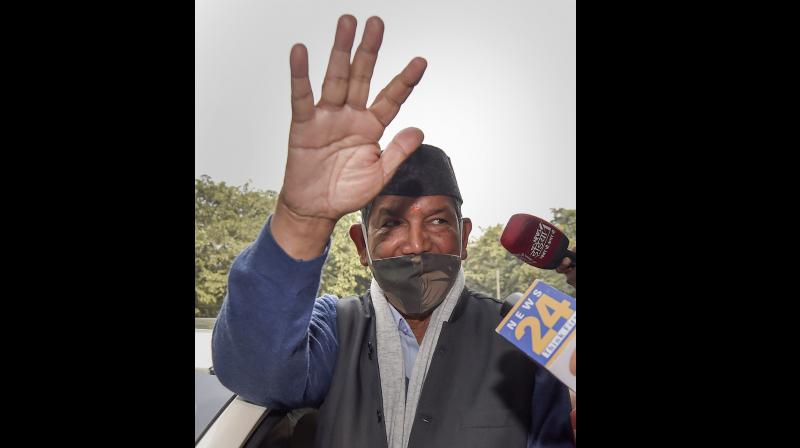 Former Uttarakhand chief minister Harish Rawat’s recent lament that he was not getting sufficient support from the Congress organisation has sparked off furious speculation that the unhappy leader may be going the Amarinder Singh way.

Theories about Rawat’s mysterious future plans have become a subject of animated discussion in the poll-bound hill state. This chatter picked up speed after Mr Rawat called on former Uttarakhand chief minister Trivendra Singh Rawat of the Bharatiya Janata Party to wish him on his birthday. The fact that this meeting took place barely a few days before Mr Rawat’s public outburst against the Congress leadership added a new twist to this saga. To make matters even more interesting, Mr Rawat also met leaders of the Uttarakhand Kranti Dal, a regional party established three decades ago to fight for separate statehood.

Even as efforts are on to placate Mr Rawat, the former chief minister has sent out multiple messages to the party that he has other options and will not hesitate to exercise them if the Congress does not declare him as the chief ministerial face and gives a substantial number of tickets to his supporters. Meanwhile, the BJP is keeping close tabs on Mr Rawat as he has been on its radar for some time now.

Former minister Ravi Shankar Prasad was a visible and vocal figure in Parliament whenever a session was in progress. He was happy to chat informally with presspersons and was fielded regularly to brief the media on government policies or the Bharatiya Janata Party’s position on specific issues. He was a party favourite for demolishing Congress leader Rahul Gandhi. However, the high-profile minister has virtually gone underground ever since he was divested of his ministerial responsibilities in the July Cabinet reshuffle. Mr Prasad was neither heard or seen during the Winter Session of Parliament. And if he did attend the Lok Sabha proceedings, he did so quietly without drawing any attention to himself. He did, however, put in a brief public appearance at former chief justice Ranjan Gogoi’s book launch earlier this month. Ramesh Pokhriyal “Nishank” who also lost his ministry in the last reshuffle, was not seen in Parliament either. However, Prakash Javadekar, another loser in the Cabinet rejig, was spotted in Parliament. Clearly, some leaders have yet to get over the shock of losing their coveted jobs.

That the recent inauguration of the first phase of the Kashi-Vishwanath temple corridor at Varanasi was a Modi affair is stating the obvious. Local BJP leaders learnt this the hard way. With Assembly elections due in a few months, these leaders hoped to get personal publicity from the event and had ordered posters and banners displaying their own photographs welcoming Prime Minister Narendra Modi to Varanasi. However, their plans went awry for they were told that only Mr Modi’s posters, banners and cutouts would be exhibited in the city precincts. A concession was made to Uttar Pradesh chief minister Yogi Adityanath whose picture was also included in the publicity material that adorned Varanasi during Mr Modi’s visit. The others had to be happy putting up their posters on the city’s outskirts.

Vishwambhar Nath Mishra, mahant or head priest of the Sankat Mochan Temple in Varanasi, appears to have fallen out with the Bharatiya Janata Party. He has been speaking out against the manner in which the lockdown was imposed and implemented by the Modi and Yogi governments. The head priest is also known to have cold-shouldered several BJP leaders. Normally, the mahant personally welcomes a VIP and shows him around and also conducts the aarti for him. A senior minister in the Yogi government was, therefore, taken aback when Mr Mishra told him bluntly that he would not be present when he comes to offer prayers. And yet Mr Mishra readily agreed to attend a meeting of Eastern UP Brahmins being organised by the Samajwadi Party. It is not clear if Mr Mishra’s anger with the BJP is only a personal grouse or a reflection of the overall mood of Brahmins in Varanasi. Whatever the reason, there is no denying that Mr Mishra is an influential figure in the city.

Currently a member of the legislative council, Uttar Pradesh chief minister Yogi Adityanath apparently wishes to contest next year’s Assembly elections to test his personal popularity. Having won the Gorakhpur Lok Sabha constituency for five consecutive terms, it is logical for him to contest from his home turf. Two Assembly seats — Gorakhpur Urban and Campiyarganj — have been identified for the incumbent chief minister. However, there is a minor hitch. The first seat is held by four-term MLA Radha Mohan Aggarwal, former Hindu Mahasabha member and follower of Yogi’s predecessor at the Gorakhpur Matt, Yogi Avaidyanath. Similarly, the second seat is held by six-term legislator Fateh Bahadur Singh. Both Mr Singh and Mr Aggarwal are on good terms with Yogi but are reluctant to give up their seats. There is also talk that Yogi may choose to contest from an Assembly seat in Varanasi.