Not a Muslim issue

Naseer’s is a mixed marriage like several other actors and ordinary folk. 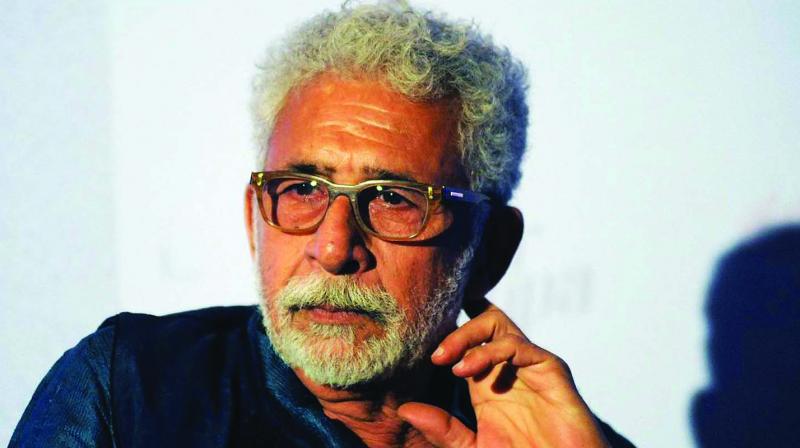 Naseeruddin Shah was trolled and threatened last week for expressing a reasoned view that religious intolerance and growing mob violence posed a mortal threat to the secular state. Naseer’s is a mixed marriage like several other actors and ordinary folk. Like him, his Hindu wife and their children keep a low premium on religion. He says it is his nightmare that the children could be surrounded by a mob one day and asked to state their religion.

In a speech to celebrate 100 days of his party’s rule in Punjab, Pakistan Prime Minister Imran Khan made a passing reference to Naseer’s discomfort with the current state of Indian democracy. For the record, Imran was speaking passionately about returning to Pakistan’s minority communities their stolen rights as equal citizens. That’s when he cited the example of the Indian actor’s angst over what was going wrong in his country.

In keeping with the theme, Imran also discussed a bitter chapter in Pakistan’s history — usually a taboo with politicians — when an entire community of Bengali Muslims was wronged to the point that they could take it no more and broke away to form a separate nation.

It was a statesman-like stock-taking speech replete with promises to correct Pakistan’s gross departures from Jinnah’s inclusive vision for the new nation. Imran alluded also to PM Narendra Modi’s politics of intolerance and hate, something Indian writers too see as mirroring a path that Pakistan took and now apparently seemed ready to discard.

All Indians and everyone else should applaud Imran’s promise of a truer democracy for Pakistan because in our era of religious revivalism and the hate it spawns we are parched for good news. A cheerful Sikh supporter was seen applauding this part of Imran’s speech.

However, India’s lurch to the far right is more complex than a Hindu-Muslim binary. The fight for secularism has Hindu and other non-Muslim stakeholders than is commonly understood. Gauri Lankesh and other leading rationalist opponents of Hindutva were murdered by religious bigots for standing up to the right-wing challenge. The good news for Naseer and his secular quest is that the hateful trolls have little or no effect on the grounded fight against Hindutva. The dalit politics of Jignesh Mewani and Mayawati offers hope of a dramatic turnaround for India’s troubled democracy next year. Lalu Yadav, Mamata Banerjee, Akhilesh Yadav, Rahul Gandhi and the Marxists too would assure Imran Khan and Naseer that Indian democracy, albeit on the back foot, was up for a fight.

If Imran succeeds in recasting Pakistan as a thriving democracy, it would certainly transform bilateral ties with India, and with other troubled neighbours too. He would perhaps then see that Naseer’s multicultural identity is a significant transition from the days of Jinnah, Gandhi and Nehru when religion was so overbearing a factor that it became the basis for a bloody division of a people.

Imran wants to retrieve Jinnah’s vision of Hindus and Muslims living as equals in harmony with other communities in an inclusive Pakistan. Why then did Naseer feel the need to publicly distance himself from Imran’s reference to his interview, virtually telling him to mind his own business?

There is a history to Indians and Pakistanis worrying for each other, as they should. There was a time when the entire Progressive Writers Movement in India joined comrades across the border fighting Gen. Ayub Khan’s martial law in Pakistan. Fahmida Riaz held the view that it was only by joining each other’s battles that both people could overcome their respective adversities.

Sardar Jafri offered a similar view through poems, one of them quoted by Atal Behari Vajpayee in Lahore. Seen from this perspective there is nothing wrong in Imran Khan making the observation about Naseer, particularly so since he was primarily making a self-critical assessment of Pakistan’s own follies with denial of social justice and equality for all its people.