Glasgow COP is near: Fix rewards for aggressive mitigation of goal

The race to keep global climate stable seems irrevocably loaded against us, already 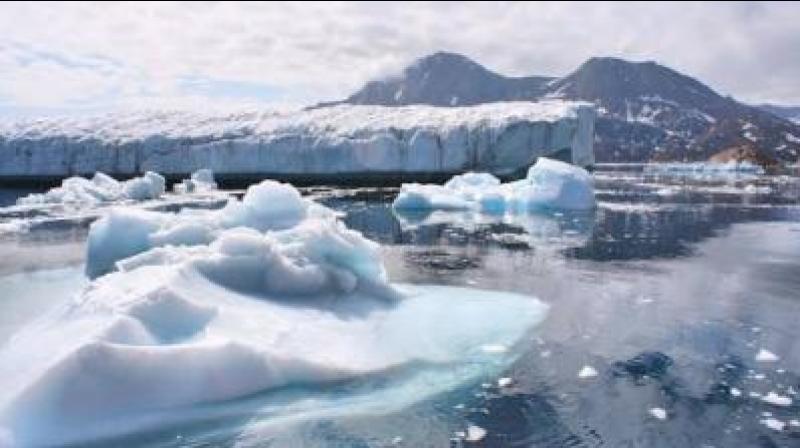 The richest countries, pledged to contribute or arrange $100 billion per year from 2015-20 but have confirmed just 18 per cent of that amount to the Green Climate Fund. (ANI Photo)

As rational beings, we should expect the worst, much before the turn of the century, on account of climate change. Slowing economic growth has reduced the fiscal space to invest in sustainable technology and lowered the appetite of the high-income economies to vacate the carbon space needed for the growth of others, whom it now sees as competitors.

The world is fracturing. Inequality across or within economies is set to increase, as “good jobs” dwindle, work becomes informal, scarce and possibly regionally concentrated relative to growing population, and barriers to labour mobility increased. This heightens domestic harmony concerns and widens global fault lines.

Governments can reduce the pain of exclusion via expensive large-scale public services, social support schemes and innovative mechanisms to de-hyphenate income and dignity from work. But such support is an uncharted frontier. A belief in Karma could dampen expectations. But how do innocents, disproportionately bearing the burden of environmental sins of others who degraded the environment, gel with Karmic fair play?

It boggles the imagination that increased aerosol concentration in the North Hemisphere should change the pattern of rainfall in India! No, this is not because millions are substituting early morning showers with deodorisers. Aerosols are tiny atmospheric contaminants — a smog that shields us from the Sun but sadly also “offset[s] the expected precipitation increase from GHG warming and contribute to the observed decline in summer monsoon precipitation” per a 2020 report of the ministry of earth sciences, Government of India. So, in plainspeak, if water is scarce for showers in summers, go ahead and deodorise.

Incidentally, this report contributed to the just released Sixth Report of the IPCC 2021. The bottom line is unless the increase in global average temperature is contained within 1.5 degrees Celsius the climate holocaust will be upon us, post 2040. An escape route to Mars might exist by then, courtesy Messrs Musk and Bezos. But if you are still waiting to be vaccinated against Covid-19, be prepared for a generational wait before the Galactic escape route opens for you.

There are no signs that the globe is actively working to avoid this fate. The richest countries, pledged to contribute or arrange $100 billion per year from 2015-20 but have confirmed just 18 per cent of that amount to the Green Climate Fund. Just $6 billion has been spent on mitigation and adaptation projects. The money is trivial versus the amounts needed. But the red flags which reneging raises are discomforting.

Even as sovereign support has lagged promises, sophisticated modelling shows that the ceiling for the bearable increase in temperature (linked directly to emissions over time) is lower than earlier assumed. The Paris Conference of the Parties (21st COP) 2015 had lowered the suggested target from two degrees to 1.5. The Sixth IPCC 2020 now suggests targeting a one degree Celsius increase to retain the world the way we know it.

Our globe is already 1.1oC and India 0.7oC warmer than pre-Industrial times. Even if all the Nationally Determined Contributions under the 2015 Paris agreement are met, the globe will still be 5oC warmer by the end of the century! The race to keep global climate stable seems irrevocably loaded against us, already.

The glacial pace of sovereign funding, for solving this “collective action” problem, is unlikely to alter significantly, given the ongoing global slowdown though President Joe Biden’s woke America might reverse the earlier abandonment of its collective action pole-position. So, COP-26 at Glasgow (November 2021) presents a reasonable opportunity to enhance ambition.

Doing more of the same is unlikely to help. Glasgow should focus on an agreement which resists being the damp squib that Paris became, courtesy the post-2007 drift, to preserve the COP community and process, at the expense of spurring the pace of mitigation.

Allowing nations to choose their pace of mitigation is fine, only if accompanied by a punitive tax on merchandise goods, not conforming to agreed emission norms — a list of no-nos. Tax driven product price discrimination creates a business case for moving production towards “green” options.

Glasgow should consider creating equitable property rights across nations in the approximately 3,000 GtCO2 sustainable global carbon space on a per capita basis. Those occupying more than their “national carbon space” should work to reduce emissions to fit the space available to them by 2040. A mechanism to financially reward such aggression, linked to the space being vacated, is necessary. Possibly, accounting for mitigation efforts as development aid would help such countries rearrange their fiscal outlays. Mimicking the dynamics of equitable collective responsibility is good for four reasons.

First, the global commons are finite, preserving it a race against time. Early starters must be rewarded. Second, those vacating carbon space for others to grow sustainably, provide a valuable development input, much like open trade borders. Third, mitigation is closely linked to technology development, with spillover positive impact, for all economies because of the business compulsion for achieving scale. Finally, those who raced ahead previously, to deplete the global commons, are also best placed technologically, to reverse the trend.
Sounds unfair? Not really. Mixing technical merit and political commitment with equity is the way to go.