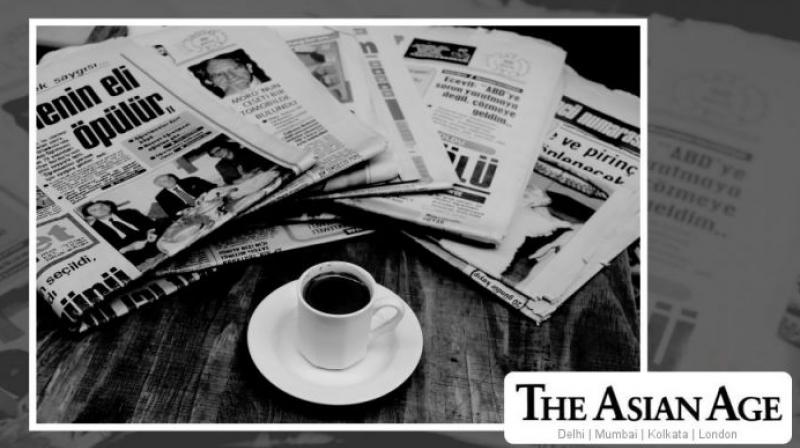 The recent charges of corruption in the purchase of land for the construction of the Ram Temple complex at Ayodhya has led to animated discussions in Lucknow about how Opposition leader, AAP’s Uttar Pradesh in-charge Sanjay Singh, managed to lay his hands on the documents about the deals. People in Uttar Pradesh were surprised how the Opposition managed to get hold of these papers because chief minister Yogi Adityanath has a vice-like grip on the administration and anyone suspected of leaking such information or even talking about it publicly would normally be handed out stringent punishment. There is also all-round agreement that the Opposition in Uttar Pradesh is incapable of unearthing such exposes as it is virtually defunct. It is, therefore, surmised that the documents were leaked with Yogi Adityanath’s permission. According to the grapevine, the chief minister wanted to get back at the BJP leadership after he was pulled up by the party top brass for flying solo and marginalising his party colleagues. The temple construction committee of the Ram Janmabhoomi Trust is headed by Nripendra Misra, Prime Minister Narendra Modi’s former principal secretary, while Champat Rai, also known to be close to Modi, is the Trust general secretary. It is for the Trust office-bearers to defend these allegations while Yogi is out of the picture.

When he was replaced as leader of Opposition in the Kerala Assembly last month, senior Congress leader Ramesh Chennithala shot off a letter to party president Sonia Gandhi to complain about the insulting manner in which he had been eased out. He has since been making amends by posting his old photographs with Indira and Rajiv Gandhi on his Twitter handle to underline his special bond with the Congress and the Gandhi family. For instance, one post shows a photograph of Indira Gandhi campaigning in Chennithala’s constituency while another tweet mentions how she signed a letter appointing him as NSUI president chief at the airport before boarding a flight to Russia. Similarly, there are several pictures of Chennithala with Rajiv Gandhi while on tour and one of Gandhi attending the Kerala leader’s wedding reception where he told him about his appointment as Youth Congress president. Chennithala’s efforts in getting back into the good books of the Gandhis may well pay off, as there are reports he has been promised a slot as Congress general secretary in Delhi.

Prime Minister Narendra Modi’s assurance at an all-party meeting last week that holding elections in Jammu and Kashmir is a priority, is in line with the BJP’s eagerness to test the electoral waters in the newly-carved Union territory. Though the BJP did not fare well in last year’s local elections, the party has not given up on its ambition to install a Hindu chief minister in Jammu and Kashmir as it believes the redrawing of the constituencies by the Delimitation Commission will work to its advantage. Failing this, the BJP is also extending an olive branch to National Conference leader Farooq Abdullah in the belief he will be amenable to an understanding with the saffron camp. The National Conference has aligned with the BJP in the past and it could well do so in the future. There are unconfirmed reports that back-channel discussions with Abdullah have already been initiated.

The Congress leadership has reason to worry as its party units in several poll-bound states are in turmoil. While the never-ending battle between Punjab chief minister Amarinder Singh and his bete noire Navjot Singh Sidhu can only be described as a soap opera, the situation is no better in Uttarakhand. The post of legislative party leader in Uttarakhand fell vacant recently after senior leader Indira Hridayesh’s death but the party is struggling to find her replacement. State unit president Pritam Singh is being persuaded to take over this post but he has declined and threatened to resign if the Central leadership insists on giving him Hridayesh’s job. Former chief minister Harish Rawat is keen that his rival Pritam Singh accept this post because then the latter will not be directly involved in the distribution of tickets for the Assembly polls, giving the former chief minister a free hand in picking his own candidates.

There is a strong buzz in Madhya Pradesh political circles that newly-minted BJP member Jyotiraditya Scindia is eyeing Indore as his next Lok Sabha constituency. This speculation has gathered momentum as the frequency of Mr Scindia’s trips to Indore has increased in recent months. Ideally, Mr Scindia would like to return to the Gwalior Parliamentary seat. But he is being given a hard time in his old pocket boroughs of Gwalior and Guna by the sitting MPs Vivek Narayan Shejwalkar and Krishna Pal Singh Yadav. Both the BJP leaders have the distinction of defeating Mr Scindia in his stronghold and they are clearly in no hurry to cede ground to him again. Meanwhile, there is no end to their turf war as all three are quick to take credit for any development work undertaken in the region.