Dev 360 | Medicine and frontiers: The challenge that China poses 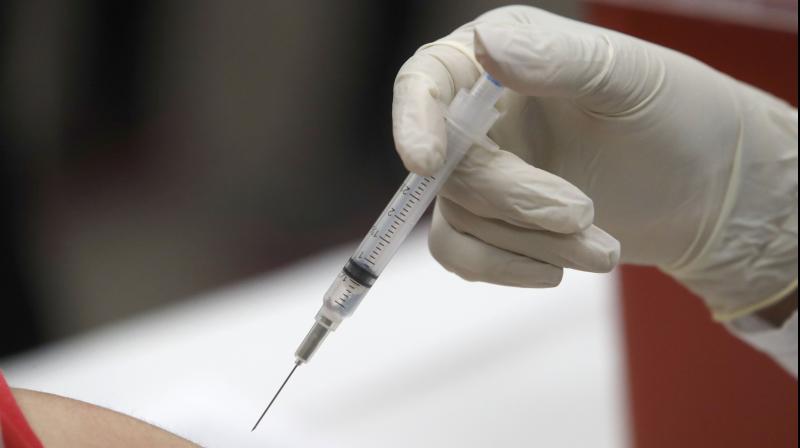 Can India challenge Chinese dominance in pharmaceutical ingredients? In normal times, this question wouldn’t be of much interest to most Indians. But these aren’t normal times.

The Covid-19 pandemic and the ongoing India-China tensions following the deadliest border clash in over half a century, have pushed the dependencies and inter-dependencies of globalisation out in the open.

This is more so in the pharmaceutical industry, where the stakes are a matter of life and death.

Indians have woken up to the other side of the “India as a pharmacy to the developing world” narrative.

India is legitimately lauded for its low-cost generic drugs. Medicines made in India save millions of lives within and outside this country. But today, these medicines depend hugely on imported active pharmaceutical ingredients (APIs): the building blocks or key parts of a drug.

Indian pharma firms import around 70 per cent of APIs from China.

Worryingly, for decades now, the dependence has been on one country: China. The reasons India lost ground to China are well-documented and known to industry insiders. Over the years, there were several reports of India’s dangerous dependence on China for raw materials and low-cost ingredients for its medicines.

“The Indian pharmaceutical industry, especially our bulk drug industry, was well ahead of China till the 1990s.

“At one point, India had achieved significant capacity of penicillin and its derivatives (6-aminopenicillinic acid or 6 APA),” it adds.
“Indian pharma companies who were manufacturing penicillin and macrolides through the fermentation route have discontinued or shut down as they became unviable against same product line manufactured in China mainly as the plants in China have huge capacity, are given uninterrupted power and low-cost steam, cheap finance and conducive infrastructure, including land availability at low cost.” The white paper added: “Security of supply is a matter of national importance.”

There have been numerous suggestions from IDMA and IPA (Indian Pharmaceutical Alliance) and others on what must be done to counter the Chinese advantages.

Not much came of the recommendations. The Indian pharma industry continued to rely on low-cost Chinese APIs and focusing on the formulations market.

Then the pandemic started. The average Indian woke up to the mayhem of a global pandemic with headlines like “Prices of Paracetamol, other bulk drugs jump as coronavirus crisis stokes fear of shortage”.

Arguably, India is not the only country worried about being overly dependent on China for pharmaceutical ingredients. For over a decade now, China has been the largest producer of APIs in the world.

“The US, Europe and Japan produced 90 per cent of the world’s APIs until the mid-1990s. But now it is estimated Chinese manufacturers make around 40 per cent of APIs used worldwide, and China and India are the source of 75-80 per cent of the APIs imported to the US,” wrote Roy Horner, senior lecturer at Manchester University’s Global Development Institute, in an article this May in The Conversation.

In the past few months, there have been several high-level meetings, consultations, announcements and new government initiatives to reduce India’s dependence on China for pharmaceutical ingredients.

In March, the Centre approved an investment of Rs 9,940 crores to boost API production in the country. Much of this -- around Rs 6,940 crores -- is meant to be spent over the next eight years to incentivise Indian industry produce 27 APIs through chemical synthesis and 26 via fermentation.

The rest is for setting up three “mega parks” to manufacture APIs. This month, the department of pharmaceuticals announced draft guidelines for the Rs 6,940-crore production-linked incentive scheme to bolster domestic manufacturing of critical “key starting materials, drug intermediates and APIs”.

Industry sources say things have started moving. Many Indian firms are planning to tap into the new scheme. The department has given the go-ahead to Andhra Pradesh, Telangana and Himachal Pradesh to develop mega parks. Several other states are keen to follow.

Industry insiders told this columnist many pharma firms that wish to take advantage of the new initiatives have installed modern effluent systems with zero liquid discharge and water recycling. The question is: should these be cleared and then checked by the authorities? China has stricter environmental regulations now.

“The Chinese environmental cleanup programme is shifting the corporate landscape in unexpected ways and stoking inflationary pressure in supply chains worldwide. The price of key raw materials and excipients has increased by around 40 per cent in the last four months,” says a 2019 report “The Impact of China’s Environmental Law on the Procurement of API and Excipients” by Beroe, a leading provider of procurement intelligence and supplier compliance solutions.Can India turn the world’s wariness of Chinese imports in strategic areas to its advantage?

We don’t know yet.

It depends largely on speedy implementation. In the case of APIs, for example, it will depend on how various measures that have been announced in recent weeks actually pan out on the ground.

Even in the best-case scenario, the results will be visible only in two or three years.