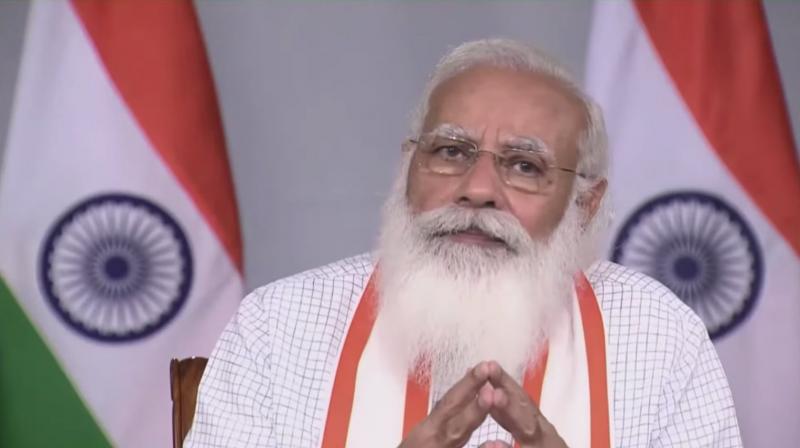 Prime Minister Narendra Modi’s pep talk to district magistrates on the Covid-19 issue in an online meeting has got some raising the issue of whether it was right for Mr Modi to interact directly with district magistrates and other officials while bypassing their respective ministers. Moreover, the event was telecast live when, just a few weeks ago, the Centre had objected sharply to Delhi chief minister Arvind Kejriwal for a live feed during Mr Modi’s meeting with chief ministers.

While seemingly there is nothing wrong with the Prime Minister addressing government officials whenever he chooses to, the question is about propriety and federalism. District officials work under elected state governments and chief ministers and report to them as well. Bypassing the state governments indicates thumbing one’s nose at the federal structure, which is problematic, it is being said.

Taking a cue from Gujarat which took this step during the first wave of Covid last year, the Haryana government is using IAS and IPS officers who have a medical degree in the state’s fight against the pandemic.

Sources say that five Haryana cadre IAS officers and three IPS officers who have MBBS degrees have been pulled off their administrative duties and directed to assist medical teams running Covid hospitals in the state. They have been deputed to additional chief secretary for health Rajeev Arora for the creation and administration of 500-bed hospitals in Panipat and Hisar and other related duties.

No doubt, this is a temporary arrangement to combat the second wave of the pandemic. However, it also coincides with the growing demand by some medical experts and organisations that the government create a special all-India cadre of medical officers along the lines of the IAS and IPS, etc. If this stopgap measure is successful, it might prod the Centre to seriously consider the demand for a specialised medical service.

An intra-service battle has erupted in Haryana Police. IGP Y. Puran Kumar, a 2001-batch IPS officer, has filed a petition in the Punjab and Haryana high court against the state police chief Manoj Yadava for alleged “discriminatory behaviour” towards Mr Kumar.

Sources say that Mr Kumar has accused DGP Yadava of “partial attitude, discriminatory treatment and violation of service rules”. He has sought directions from the court to direct the additional chief secretary for home to take immediate decision on his complaints submitted against Mr Yadava.

The spat does not seem to be new. Mr Kumar has accused Mr Yadava of targeting him since July 2020 “in a vindictive manner” ever since Mr Kumar was posted to Ambala instead of another officer favoured by the DGP. Mr Kumar has also sought directions from the court to restrain Mr Yadava from writing his annual performance appraisal report until the petition is decided.

The feud at the top in the state’s police service has happened at a time when the state is struggling with the Covid epidemic and also dealing with the farmers’ agitation against Central laws, and which shows no sign of disappearing. And when two senior cops take on each other instead of the issues facing Haryana, it can’t bode well for law and order in the state.