Jawhar Sircar
The writer is a former secretary, ministry of culture, and a former Prasar Bharati CEO.

The training academy is controlled directly by the PM’s own DoPT — which explains his gameplan. 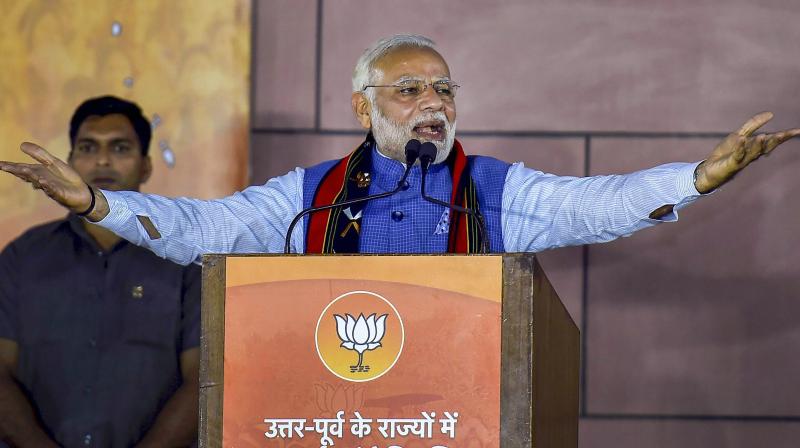 By opting and qualifying for the civil service implies the voluntary acceptance of certain restrictions and a rather harsh discipline — the crux of which is to internalise pain without demur. What is less known is that the job also entails facing the raw heat of democracy’s raging furnace — elected representatives with a pre-set agenda. While appreciating the compulsions of political bosses to override the often-mindless worship of rules by babus, one cannot deny the fact that officials have learnt to live with reprimands, tantrums and worse. But even these did not prepare them for what they have gone through the Narendra Modi years — the last four — where the narrative of terror obliterates whatever good they may have thrown up. Uncertainty is a weapon that the PM revels in — by reshuffling the highest level and “repatriating” (throwing out) officers from the Centre back to the states than ever before in history. His latest torpedo lies in the PMO’s loaded suggestion to all concerned ministries to replace the system of allotting “cadres”, which would undermine the UPSC selections.

The existing, time-tested system is that the UPSC goes through its rigorous process annually and shortlists candidates for all the all-India services and the Central services on rank-cum-option basis. There are only three all-India services — the IAS, the IPS and the Indian Forest Service. Their officers are recruited centrally and trained initially by the Central government, which ensures a “common pan-Indian spirit”, but are allocated to earmarked state governments for posting them within that state. Many work only in that state for their entire career, but several others “opt for Central deputation”. This means that if they are selected on the basis of their performance so far — yes, many are rejected — they can work either in the Central ministries in New Delhi or in Central government offices located in different cities of India. But how are they allotted to the different states? This is a million-dollar question and here again, the system that has worked flawlessly since Independence is that the seniority of ranking in the UPSC examinations counts the most.

About half of each state cadre is filled by successful “insiders” from that state, while the other half by “outsiders”, who gave a list of their “preferred states” (other than their “own”) in case they do not qualify on merit for their first choice. As we know, a certain fixed number of slots are reserved candidates from the OBC, SC and ST categories — in all services.

Other than these three all-India services, the UPSC’s common examination also recommends who would be allotted to which of the 17 Central services. These include the Indian Foreign Service, the Indian Audit and Accounts Service, the Indian Revenue Service, the Indian Railway Traffic Service and so on. The main difference is that while all-India service officers can work both in their state cadres and at the Centre, the Central services work only under the Central government. Incidentally, candidates give their “options” for specific Central services to which they are recommended by the UPSC on the basis of ranking and the number of seats available — determined under the reservation policy. This means that the no candidate can be sent, against her or his will, to some service that was not among the options. It is this judicious mix of option and UPSC ranking that has worked quite satisfactorily and the courts have accepted its fairness. This does not mean, of course, that the UPSC is infallible or that those who are chosen for the IAS or the Indian Foreign Service are “superior” in any respect — it only means that they did better in the examinations, which could happen for a whole variety of reasons. But it has generally been accepted as a “fair and transparent system” even though time has proven that many underserving people have come in. The commission cannot predict this as it does not indulge in astrology. Similarly, several highly meritorious students have not been able to “crack the exams”, but that happens everywhere. The short point is that a rather complicated matrix of determinants is tackled by the UPSC through its vast experience of seven decades in matching merit with other factors — with quite transparent procedures.

What, then, is Prime Minister Modi upto? His proposal is that this established UPSC-rank based system of deciding who gets into the three all-India services in any of the four categories (General, OBC, SC and ST) and then deciding who goes to which state for life is to be replaced. He proposes that, in addition to the ranking in the UPSC, which is quite objective, will be added the probationer’s performance at the training academy. This would obviously be a subjective system of “performance rating” at the end of the first three months in service and its purpose is to distort the clear rankings in the UPSC merit list. Where the other category of Central services are concerned, the system proposed by the PM is to decide who will be allotted to which ministry, on the basis of the report sent by the training academy at the end of the same common three-month stint called the “foundation course”. It must be remembered that the training academy is controlled directly by the PM’s own department of personnel and training — which explains his gameplan. It bears the typical Modi trademarks of the highest degree of centralisation of decision-making; the subverting of national institutions (the UPSC, in this case); hanging the Damocles’ sword on everyone’s head and the resultant sadistic glee — with which he carried out his Tughlaqi style of demonetisation.

There are other issues at stake. The foundation course is the only time when officers of different services and state cadres meet their other colleagues, with identities clearly established, and lifelong bonds are created. It just cannot be spent in bending backwards to please the bosses to get a better grading or in jockeying for high stakes with the PM’s Office or the ruling party. One man simply cannot be allowed to destroy so many wonderful past traditions or the future of the whole system of governance.