Opinion   Columnists  26 Mar 2022  Ranjona Banerji | When the tears comfort rather than the flowers
Opinion, Columnists

Ranjona Banerji | When the tears comfort rather than the flowers

Dealing with grief is hard enough by itself, but often it is others who find your grief harder to deal with 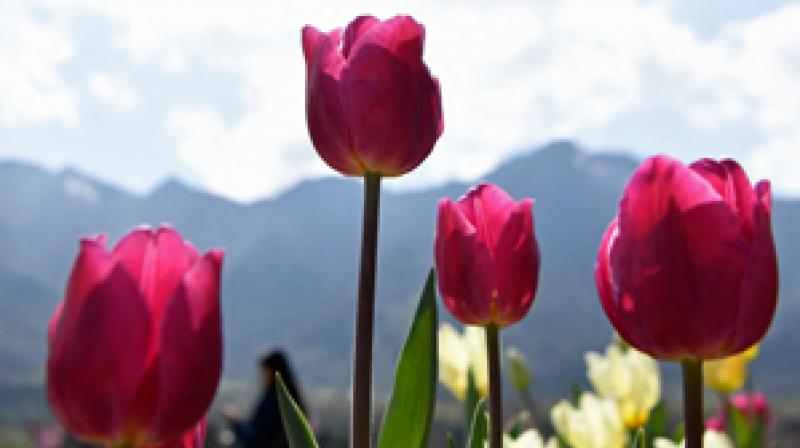 Our knowledge of the Cosmos does tell us that colours of the flowers we love look the way they do because our star emits light mainly in the visible range. (Representational Image/ AFP)

The aphorism “This too will pass” is something I hear often these days. It’s from people trying to be kind. I first heard it though from our biology teacher in school, who liked to give us a thought for the day. The minute she wrote it on the blackboard, we were stunned by its simplicity and larger truth. Looking back, I wonder if it was a note to herself that this class would be over soon!

Dealing with grief is hard enough by itself, but often it is others who find your grief harder to deal with. It reminds people of what they may lose, what they have lost and their own mortality. Grief scares us, especially that of other people. Inside your own bubble though, the world looks different: you may want to wallow, remember, grieve in your own space. I keep close to me this line that Saul Bellow, one of my favourite authors, apparently wrote to writer Martin Amis. I find no provenance of this quote but it resonates none-the-less: “Losing a parent is something like driving through a plate-glass window. You didn’t know it was there until it shattered, and then for years to come you’re picking up the pieces — down to the last glassy splinter.”

But grief alone cannot sustain you and it does limit you. My editor suggested that I write about spring flowers, as I sit looking at my parents’ garden. A friend has tasked me with buying a plant that both my parents would have loved, and to plant it close to where we have buried their ashes. These are too jobs that may distract better than wondering what will pass and what will not.

Bad joke: at some point, we will all pass so maybe that’s what my biology teacher meant?

A Twitter friend does a daily blog on flowers, painstakingly taking permission from all of us who post photographs of flowers. Many contribute, there’s always some advice, something new to learn. I’m not good at WhatsApp groups so I share elsewhere.

Someone once pointedly reminded me that flowers are just the reproductive organs of plants. But come on, they are pretty. And they do provide a little soul-balm. Even if you’re not searching for it or in need.

Since I’m a bit of a show off — cannot lie, it is true — I have learnt a couple of Latin names of flowers, so I can throw them around here and there. I promise that the names I have learnt are real though I do have friends who accuse me of making them up. Who knows, maybe I do. Not everyone cares about the difference between dieffenbachia and dimorphotheca. Here I go again. Look it up and correct me and my weakness for alliteration. The term dimorphotheca has of course been replaced by Osteospermum. Yeah, reproductive indeed!

Long ago, in the early 1970s, when Bombay Doordarshan was starting out, a family friend — a few years older than me — did a pilot for a children’s programme. Lots of us kids, most under 11, were given parts. Two lines of one of the songs we had to sing has since got stuck in my head: “Flowers, flowers fragrant and gay, cosmos of every hue”, as we skipped about an imaginary flower garden.

The problem is with cosmos though. I plant them every year, I buy seeds of every hue. But all that comes up are orange cosmos. I fear that this is a sad lesson for our times? O no, no politics, remember. But does “this too will pass” work better here than it does for me today?

I don’t mean “the” Cosmos. That’s a whole other ballgame and another major point of interest. Well, not one point but all points because there it is around us, doing its own thing as we act like idiots who matter. Our knowledge of the Cosmos does tell us that colours of the flowers we love look the way they do because our star emits light mainly in the visible range. On another planet, around another star or set of stars, who knows what we could see or sense or absorb in any other way? Show off, I did warn you.

In trying to be tolerant, I have allowed some flowers that I dislike but everyone else apparently loves. Like the pink or white Vinca or periwinkles or “sada bahaar” or as I call it, “dead man’s flower”. I remember that awful scratchy milky fluid that leaks out, yeah, not for me. But there it is staring at me right now, a gift that I did not have the heart to refuse. It’s not going anywhere near my parents, that’s for sure. Even if there are lots of newer varieties which are not so annoying.

Instead, this spring, I have poppies, red and pink and the brilliantly sunshine yellow California poppies. I have snapdragons and larkspur and honesty and lupins and godetia. The lilies are in full array. The tulips were a bit of a disaster. The daffodils are gone. The freesia and harlequins never came up at all. The grape hyacinths may well be hiding amongst the weeds.

The flowers of weeds look good too! Yellow, pink, white and purple, they mimic the cultivated flowers. I have let them have their way in the grass. All my Mother’s expensive grass is gone. Green cover comes from the wild and weedy (they’re not weaky though, o no, tenacious as hell. Or an orange cosmos!) The traditional gardener would be horrified! My Mother I think would have approved. Saves water, allows everyone to flourish too. My Father definitely approved.

That leaves me with my task: the right plant. It has to thrive without too much sun and it must withstand the cold. It has to be different. It has to have been liked by both. It mustn’t make me cry.

As these lines from Christina Rosetti’s “Let Me Go”, do. Sent by a friend of my parents which I read out at my Father’s Memorial lunch. Made me cry but also laugh a bit. Like parents often do:

“When you are lonely and sick at heart

Go to the friends we know

Laugh at the things we used to do