Currently, most of our universities suffer from uniformity, which does not offer the competitive edge. 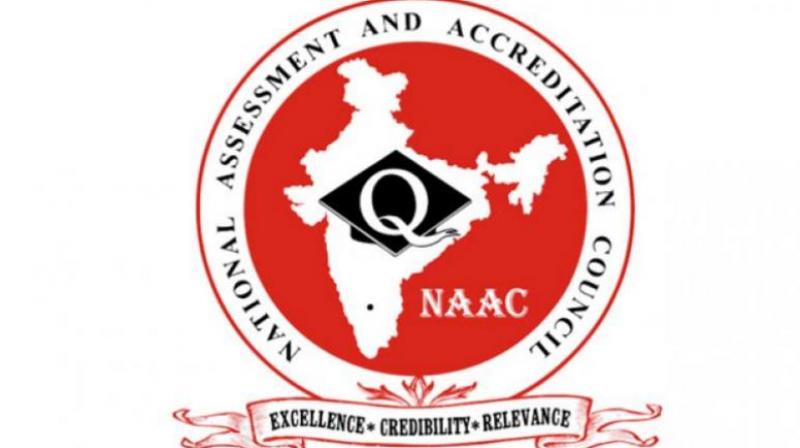 Yet the universities that achieved the NAAC grading also somewhat paradoxically evidence the reality that serious-minded educators can indeed succeed within a given framework.

Reccently the human resources development ministry, which oversees all higher education in the country, granted autonomy to India’s 52 universities and eight colleges that “maintained high standards” (3.26 or above in NAAC’s assessment). With the implementation of this decision, these universities — five Central, 21 state, 24 deemed and two private — can now set incentive-based salaries to faculty, start new courses and academic programmes, including those online, off-campus centres, skill development courses and research parks. They will also have the freedom to hire foreign faculty, enrol foreign students, enter into academic collaborations and run open distance learning programmes. This kind of autonomy should normally be welcomed if it yields the intended results. But does it?

News reports claim this selective deregulation was a “historic decision”. It’s indeed an important decision — for the 60 institutes concerned. Autonomy is poised to provide a boost to competitiveness and differentiation. By giving freedom to select universities, the HRD ministry has co-opted them into a close perimeter. Inter-university cooperation, lacking in India, may improve among the selected universities. With the availability of potentially unique curricula, universities can finally differentiate their services and delivery, and their products, the graduates. A comparative, experiential observation of independent and UGC systems will reveal independent institutes that have adequate leeway to construct curricula and obtain UGC approval later. This should mean universities already have the opportunity to differentiate themselves qualitatively.

Therefore, in the current deregulatory move, the better performers win. This would be like a corporate model. Primarily, universities that have built themselves up to popular levels enjoy the luxury of admitting students with proven high performance at school grades, standardised tests and other admission criteria. But in our vastly heterogeneous nation, there are also other factors: the social environment, economic status and availability of career counselling. The worry that remains is that universities that are unable to attract such “good performers” will also be unable to meet other standards and resources. Most administrators will admit the real challenge with the UGC is the politics attached to it, along with bureaucratic hurdles that often compel universities to resign themselves to merely complying with the basics.

Private participation is higher education’s big thing, so competitiveness makes sense. The number of universities has grown exponentially in India in this decade, from 367 in 2009 to 833 in 2017, and the share of private (state-legislated) universities has grown the most dramatically in that period, from a mere three per cent to 34 per cent of the mix. Several new private universities have invested in high-quality intellectual capital coupled with the right vision. These universities have invested in differentiating themselves on outcomes and processes. Should outcomes be industry-driven or society-driven? Either way, tangible outcomes are factors of processes such as accountability and training that are within the regulatory guidelines, but are not well-implemented. Professionally and socially meaningful outcomes need better measurement tools. While a February 2018 AICTE report with CII and private research agencies claims that employability has gone up year-on-year over the past four years, an independent industry report in the same month by Nasscom suggests that issues in employability and competency have actually exacerbated.

Currently, most of our universities suffer from uniformity, which does not offer the competitive edge. Individual universities should focus on envisioned outcomes that are specific. Together with internally achievable imperatives like faculty training and curricular reform, universities can create qualitative differentiators. It’s thus possible for universities to be competitive within the existing framework. Universities that wish to adopt a more professional approach to higher education may do so within the UGC norms, as the 60 institutes have shown. Rather than continuing to blame our schooling systems and political governance, universities have the power to enhance their delivery systems even within the ambit of the UGC and improve on the parameters that will produce qualitatively superior graduates.

Coming as it does a year before the 2019 Lok Sabha elections, questions are already being raised of course about the selective deregulation. It’s ironic that among these universities are the ones that have been at the cynosure of controversy — including Jawaharlal Nehru University and Aligarh Muslim University, often the whipping boys of the BJP, as well as Banaras Hindu University, which witnessed a revolt of sorts last year against its vice-chancellor, an RSS man. Notwithstanding the deregulation, let us also acknowledge that where applicable, state governments’ fee regulations and the AICTE’s monitoring should be assumed to be very much in play.

The selective deregulation has the potential to serve as a disincentive to the universities that did not make the list, because the chosen universities can now aggressively expand their footprint, further cementing their leadership positions. This will only help widen the gap between the autonomy-haves and have-nots. If the government is serious about higher education in general, student-driven assessment metrics must be designed. What did a university or college do to transform a student into a better performer, socially and professionally?

On the other hand, the current form of incentivising also means that the universities and colleges that operated — even suffered — under the same UGC system as did all other universities and colleges scored over them. At best, autonomy seems to be a reward for qualitative superiority. Yet the universities that achieved the NAAC grading also somewhat paradoxically evidence the reality that serious-minded educators can indeed succeed within a given framework.