Opinion   Columnists  26 Feb 2020  The global deficit of ideas in the face of new challenges
Opinion, Columnists 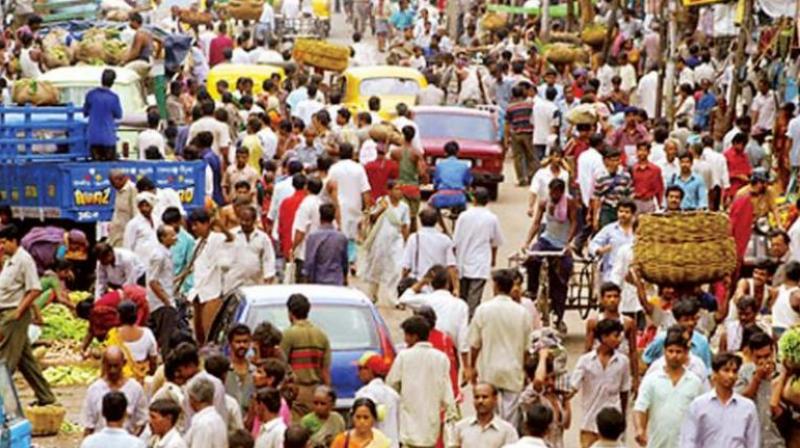 Humanity again turned towards liberal principles after the Second World War to recover from the ravages caused by conservatism’s ascent.

The world faces many current and looming shortages today — of water, energy, land and even clean air. They have less to do with population growth than with the inequitable distribution of resources, as a small minority hogs/destroys more and more of them.

But no deficit is as crucial as the intellectual deficit the world faces today. This means an absence of globally accepted ideas for structuring economic, political and social life, and interaction within and across human societies to lead to equitable and environmentally responsible progress. Faith in democracy, capitalism and international moral principles, the holy trinity of ideas that has underpinned life for the last one century, is fast reducing, leading to increased conflicts nationally and globally.

This is not the first time humanity has faced such a challenge. On each past occasion, conservative tendencies to amass power, wealth and prestige at the expense of others created huge conflicts, which were then resolved by the application of the liberal principles of rule of law, cooperation and democracy.

The 1648 treaty of Westphalia was one such early instance. Just before it, Europe had been ravaged by prolonged wars among several states spread over decades which had caused the death of around eight million people as different strands of nobility fought to increase their wealth and power. Under the treaty, a new system of political order arose, based upon peaceful coexistence, respect of territorial rights and non-interference in others’ domestic affairs.

It is seen by many political scientists as the beginning of the modern international political order based on the idea of sovereign nations. It reduced warfare in Europe. But this peace led to overseas conquests by European powers in the form of brutal colonialism and the simultaneous, quick spread of capitalism, democracy and science — the three bedrocks of modern civilisation.

Relative peace lasted for a couple of centuries and was first disturbed by Napoleonic forays. It collapsed completely in the early 20th century due to renewed warfare in Europe and beyond. While capitalism, democracy and science had produced much progress, huge problems resurfaced as conservative urges again struggled to break free of liberal civility. Capitalism degenerated into a neoliberal form that produced huge economic inequality but little social protection. Democratic ideals came under attack from autocratic systems like fascism and Nazism. Efforts to forge international political order under the aegis of the League of Nations failed. Racism and xenophobia became widespread. These conservative tendencies unleashed two world wars and a great depression.

Humanity again turned towards liberal principles after the Second World War to recover from the ravages caused by conservatism’s ascent. Liberalism duly obliged by providing the ideas of social democratic capitalism nationally which ensured a fair share to all classes and an international political order based on the rule of law under the UN institutions. This system provided for the ascendancy of human rights and mutual cultural respect, and led to relative peace and prosperity despite the rise of the communist bloc as a challenger. There were many problems even with this system, with massive poverty in developing states. But at least it provided a framework where these problems could be tackled.

It wasn’t the communist challenge that led to the collapse of the post-Second World War order, but the rise of conservative urges again in the West under the leadership of three conservative US presidents. Reagan took the lead in the collapse of social democratic capitalism by unleashing the forces of neoliberal economics whi­ch have led to economic inequality and climate cha­nge. Bush Jun­ior led an un­­pre­cedented attack on global institutions by acting unilaterally in economic and political spheres. Finally, Trump reintroduced racist, bigoted politics.

Today, political, economic and social pillars are badly cracked as social, political and economic problems pile up. The world is exhibiting the same worrisome trends that emerged in the pre-First World War era and which eventually led to two major wars and a major economic depression. But there is an alarming global deficit of widely accepted and sound new ideas to solve these problems.

As these global problems pile up, the right is busy peddling the same old failed ideas of neoliberalism, might is right and cultural hegemony. Thus, it is only from the left that one sees embryonic ideas like the New Green Deal that can resolve these problems. The only question is whether the world will adopt them proactively or belatedly after much conflict and economic turmoil as a century earlier.