That brings us to the tale of Sodom and Gomorrah, where divine vengeance wiped out these sinful cities in a rain of sulphur and fire. 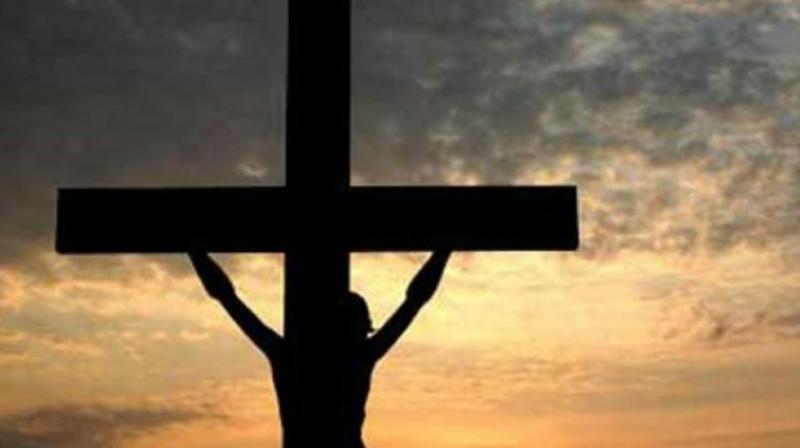 Christmas is around the corner, and while there are always regional and sectarian variations in how it is observed, some traditions and symbols, like the Christmas tree, are universal. No matter what part of the world you are in, the tree is almost always an evergreen, is always triangular and always has a star atop it. These details are meaningful, as the Christmas tree tradition dates from 16th-century Germany, and is thought to represent the tree of paradise, with the spherical decorations standing in for the forbidden fruit.

The triangular shape is said to be symbolic of the Holy Trinity of Christian belief, and the star is, of course, meant to represent the Star of Bethlehem which guided the three Magi to the newborn Jesus Christ. While the origin of the other symbols is still much debated, the significance of the star is beyond dispute.

Dissecting religious symbols and tales from a scientific point of view is a perilous undertaking, but over the years curious minds have sought to find secular explanations for such phenomena. Motives have varied: believers seek this knowledge in order to validate their beliefs, while sceptics seek to debunk. Others, of course, simply do it out of curiosity by analysing such hallowed tales as they would any other historical tradition.

Astronomer David Hughes spent years studying the Biblical tales of the star from an astronomical perspective. Given that the Magi likely hailed from Babylon they were used to studying the skies for signs and portents and would only have taken note in case of a significant heavenly occurrence. Hughes argues that what they saw may have been a rare triple conjunction of Earth, Jupiter and Saturn. Another theory is that it was a very bright comet which, to the naked eye, would have looked much like an arrow pointing down to Earth. Interestingly, Chinese astronomers recorded one such comet in 5 BC and a year before that, recorded the birth of a new star in the heavens which was likely a nova. Could any of these be the star of myth?

Then there is the legend of the Flood, one shared by all the Abrahamic religions and which is remarkably similar to the flood depicted in the ancient Epic of Gilgamesh. Here too, scientific evidence has been found. Using submersibles to search the bottom of the Black Sea, scientists found huts and other manmade structures proving that what is now submerged was once dry land centred around a freshwater lake. Looking further, they found remains of ancient ships and concluded that a dramatic rising of the Mediterranean Sea levels pushed a channel through what is now the Bosphorus, essentially filling the lake and its surrounding areas with seawater some 7,000 years ago. In all, the flood inundated close to 258,999 square kilometres with a speed that was truly apocalyptic.

That brings us to the tale of Sodom and Gomorrah, where divine vengeance wiped out these sinful cities in a rain of sulphur and fire. Some speculate that this catastrophe was an earthquake, but a recent theory points us in an even more intriguing direction.

Archaeologists excavating sites north of the Dead Sea found samples that indicate that about 3,700 years ago “an extremely hot, explosive event” devastated an area of 518 sq km in an instant, and likely also caused the area to be covered “with a super-heated brine of Dead Sea anhydride salts”. Given the Biblical tradition of Lot’s wife turning into a pillar of salt, that angle is particularly fascinating.

Draconian word limits do not allow me to delve into the theories surrounding the parting of the Red Sea, but what I can tell you is that the food miraculously provided to the hungry Israelites — Manna Salwa as we know it — actually exists and is an edible sap extruded from certain plants and trees. Not only is it still harvested locally, it has also made it onto the menus of New York restaurants and can in fact be purchased online.

But to the Israelites the sap — which oozes at night and dries up in the morning — was heaven-sent. Amazed at this find, they asked each other in Hebrew “Man hu?” or “What is this?” giving this lifesaving food its modern name. Today we may well ask ourselves what other miracles await our microscopes.