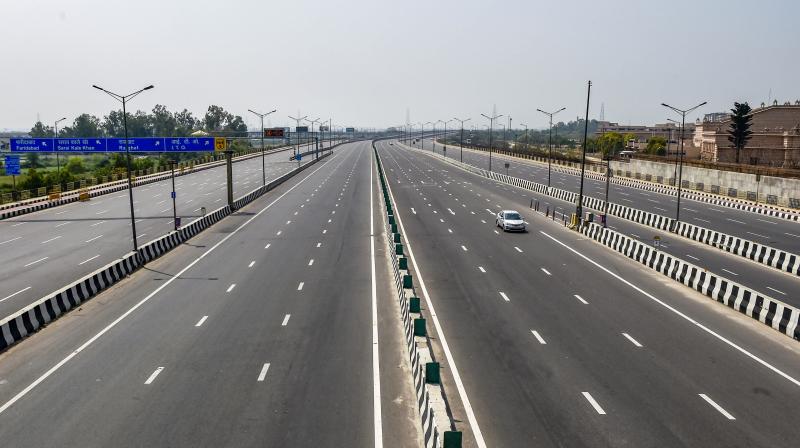 The NHAI is key to the Modi sarkar’s calculations — rapid construction of highways could be an achievement that the government can visibly demonstrate to the people. Representational Image. (PT)

The Prime Minister’s Office (PMO) is reportedly taking a hard look at the Niti Aayog, its premier think tank, and has ordered a detailed review of its performance in the six years of its existence when it was created to replace the Planning Commission. Apparently, there is a growing view that the body may not be performing as per the objectives it was set up for, and therefore needs a rethink.

The government has formed a review committee and it is packed with impeccable talent: besides former telecom secretary Aruna Sundararajan and environment secretary Rameshwar Gupta, it includes Quality Council of India chairman Adil Zainulbhai, and corporate leaders such as Amit Chandra of Bain Capital, Anjali Bansal of Avaana Capital and Ravi Venkatesan of Global Alliance for Mass Entrepreneurship.

The last time the Aayog was reconstituted was when current vice-chairman Rajiv Kumar was appointed after the abrupt resignation of Arvind Panagariya. His term was extended in 2019 (it is coterminous with the Narendra Modi government). Earlier, the government had extended the tenure of CEO Amitabh Kant until June 2022. Both Mr Kumar and Mr Kant, however, remain key in the involvement in policy-related matters. Clearly, the proposed rejig is for the newcomers who will be inducted once the review is completed.

Sources say that while Mr Kumar and Mr Kant have a major role in policymaking especially in matters of industrial development, technology and investment, the government now feels that the think tank needs to engage more with states on policy and planning issues than it has of late. Clearly, the government, as it moves into the latter half of its second term, now envisages a more proactive Niti Aayog, which is open to consultations with external experts, and builds a knowledge pool that will be useful to the Centre as well states.

Even as the expert panel finalises its suggestions, the final decision on any possible rejig is obviously for the PMO.

We’ve all noticed how the government recently extended the tenures of directors of the country’s premier investigation agencies. That sense of urgency has now got the government focussing on finding a new chairman as well as a member (finance) for the National Highway Authority of India (NHAI).

The NHAI is key to the Modi sarkar’s calculations — rapid construction of highways could be an achievement that the government can visibly demonstrate to the people. That’s lent urgency to the needs of NHAI including the appointment to key positions in the organisation, including its chairman. This post has seen eight persons occupy it all within six years since 2015. The last chairman was S.S. Sandhu, a 1988-batch IAS officer, who was repatriated in July to his parent cadre in Uttarakhand as its chief secretary. Some chairmen’s tenure lasted barely a few months. Likewise, the post of member (finance) has been vacant for two years.

But now, sources have informed DKB, even though a selection committee is reported to have finalised the process of recommending names for selection the government may simply ignore the process and directly appoint the new member (finance) from among officers of the 1990-1993 batch. Similarly, none of the chairmen of NHAI came through the selection committee route. This time too many expect the next chairman to be appointed directly by the appointments committee of the Cabinet (ACC).

Full steam ahead for disinvestment

The Air India disinvestment is done and dusted, but there is no rest for disinvestment secretary Tuhin Kant Pandey. He already has his task cut out, being the key person in charge of ensuring that the privatisation of five state-owned companies, including Bharat Petroleum Corp Ltd (BPCL), is on track and completed in the current fiscal year.

Mr Pandey is confident that the privatisation of BEPL and Shipping Corporation of India (SCI) will be finalised, and the Life Insurance Corporation (LIC) will be listed on local bourses by March 2022.

The stakes are high. Prime Minister Narendra Modi is keen to push ahead with the IPO for LIC since it could help the government raise Rs 40,000 crores to up to Rs 1 trillion — funds it needs to plug the widening budget gap. The listing is crucial, and it is now on Mr Pandey and his cohorts in the finance ministry and relevant others to deliver on the disinvestment target that the government has set for FY22. But the experience of the Air India sale has bolstered hopes for faster privatisation of other government assets.