Clearly, the appointment of the 1993-batch officer is an indication that the takeover of Air India is delayed 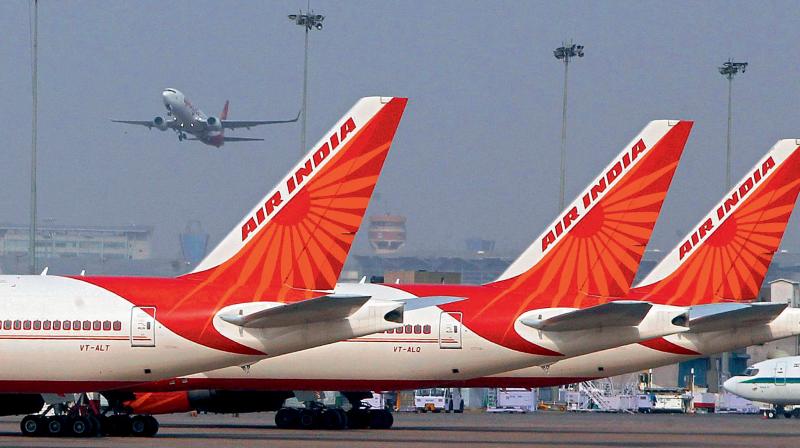 Several subsidiaries of Air India which have not been sold will have to be prepared for sale. (Representational Image/ PTI)

Just ahead of the Tata takeover, the Centre has appointed senior IAS officer Vikram Dev Dutt as the chairman and managing director of Air India, in the rank of additional secretary. Clearly, the appointment of the 1993-batch officer is an indication that the takeover of Air India is delayed, and it will fall on him to take charge of the once-prized jewel of the Indian government before the handover.

But where does it leave Mr Dutt, careerwise? There is no question that the current posting will not last more than a month or two. Does it lead anywhere? It seems that Mr Dutt is not there just for the handover. Several subsidiaries of Air India which have not been sold will have to be prepared for sale. So, what may ostensibly seem like a dead-end or a single photo-op job could well wind up as something else.

The trend is now too pronounced for the IAS lobby to ignore. In recent years, the government has been empanelling officers from all services and posting them to crucial positions in important ministries, positions that were the once-exclusive preserve of the IAS. So, the recent appointment of B.V. Umadevi, a 1987-batch Chhattisgarh cadre Indian Forest Service (IFoS) officer, as additional secretary in the ministry of home affairs, is very much in keeping with this trend.

Going by the rulebook, of course, the government is well within its rights to bring in any civil service official to any post, based on the babu’s merit and performance. The IAS does not have a first-right on any position, though they can always claim tradition and past precedent to back their claim.

But as similar appointments in the past have shown, the current government is less likely to care for the past and is more about finding the right babu for the position, irrespective of cadre. Just last month, the government promoted and posted IFoS officer Bharat Lal, of the Gujarat cadre as secretary to the Lokpal. He had been earlier brought to the Centre as additional secretary to the ministry of Jal Shakti. Quite likely Umadevi will be given a key charge in MHA.

And interestingly, unlike on previous occasions, her new posting has not overtly triggered the IAS officers to defend their hallowed “turf”, so far.

Who’ll be MP’s next DGP?

Though appointed during Kamal Nath’s tenure as chief minister, Madhya Pradesh DGP Vivek Johri is finally reaching the end of his long career in March. Due to retire in 2020, he was given an extension of two years in March that year. When the Shivraj Singh Chouhan-led BJP came to power, the new CM surprised some babus by choosing to retain Mr Johri.

Now with the end of his extended term near, babu circles in Bhopal are speculating on the probable senior IPS officers who are eligible to succeed Mr Johri. That the state government is yet to send a panel of names to the UPSC for selection has only heightened the uncertainty, in which rumours are having a free play. But knowledgeable sources have informed DKB that with crucial assembly elections due in the state next year, the Chouhan government is stepping carefully to ensure it chooses the right person for the top post in the state.