Lessons from Lebanon, Chile: Hard to tell the last straw

The lingua franca of the neoliberal upper crust, however, ‘reform’ all too often implies measures that target the poor at the expense of the rich. 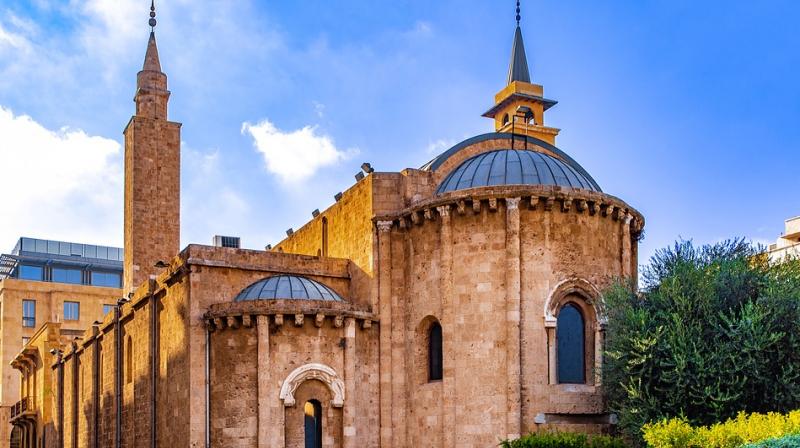 Lebanon isn’t the only Middle Eastern country, though, where perceptions of corruption at the highest level have lately led to outrage on the streets. (Photo: Representational/Pixabay)

Just a few days before his capital and several other cities descended into anarchy, Chile’s billionaire president, Sebastián Piñera, was heard extolling his country’s virtues as an oasis of stability in a region prone to chaos. It brought to mind a similar declaration at the cusp of the 1980s by General Ziaul Haq, who sought to advertise Pakistan as ‘an island of stability’ just as the nation was descending into the worst phase of its brief history. Piñera was evidently taken by surprise when a three per cent hike in public transport fares unleashed a youth rebellion that rapidly transmogrified into a much broader revolt against his right-wing government’s policies.

Healthcare and education costs, and more generally the poor delivery of government services to those who most need them, have been cited by Chilean protesters as reasons for their angst. Piñera lost little time in rescinding the fare increase, declaring that he was bowing in humility to the demands of his compatriots, while decrying the “violence and delinquency” of those who had taken to the streets.

The trouble with tipping points is that it’s hard to tell when they will kick in. Hence the Lebanese elite, much like that of Chile, was taken entirely by surprise when a proposed tax on WhatsApp voice calls sparked a full-fledged rebellion against what is perceived, with considerable justification, as a corrupt, self-serving ruling class. It may or may not be a coincidence that Lebanon’s prime minister, much like the Chilean president, is one of the richest men in his country. Saad Hariri has blamed the uprising in his nation on the recalcitrance of his ruling coalition partners towards economic reform.

In the lingua franca of the neoliberal upper crust, however, ‘reform’ all too often implies measures that target the poor at the expense of the rich. Perceptions of corruption are a key factor in the Lebanese uprising, which stands out not least because it embraces all communities in a country whose polity is based on a sectarian division of power.

That’s the basis on which the Lebanese civil war was concluded in 1990 after 15 years of strife. However, in recent weeks the Christian president, Michel Aoun, and the Shia parliamentary speaker, Nabih Berri, have been at the receiving end of popular wrath almost as much as Hariri, the Sunni prime minister who attracted much public sympathy after he was held hostage in Riyadh a couple of years ago at the behest of the Saudi crown prince.

Lebanon isn’t the only Middle Eastern country, though, where perceptions of corruption at the highest level have lately led to outrage on the streets. Iraq has been coping with explosions of anger on the streets, as has Egypt, somewhat more surprisingly, given that Abdel Fattah el-Sisi brooks no dissent, much like his counterpart in Turkey.

The relatively small protests in Egypt, apparently launched partly because of exhortations from a self-exiled former government contractor, were just hundreds strong, yet have led to an estimated 2,000 arrests. They have consequently petered out, but served as a useful reminder to the man Donald Trump describes as ‘my favourite dictator’ that his extraordinarily repressive status quo cannot indefinitely be maintained, regardless of what ‘friends’ such as the US, Israel or Saudi Arabia may favour.

The trend towards fascistic tendencies is by no means uniquely an Egyptian phenomenon, though, what with a number of European electorates leaning increasingly towards the far right. In almost every case, a backlash will inevitably follow in due course — even if no one knows for certain what the last straw may turn out to be.

It is notable, though, that the attempted implementation of self-harming agreements with the IMF all too often proves incendiary. It certainly did in the case of Ecuador, whose president, Lenin Moreno — who was elected on a centre-left platform but has since veered sharply to the right — was obliged to relocate his government after his indigenous compatriots revolted against an increase in fuel prices which affects the cost of living.

As Hong Kong’s chief executive, Carrie Lam, discovered soon after proposing an unacceptable law that would enable the semi-autonomous territory to extradite people to the Chinese mainland, rescinding a proposed law that aggravates tensions is never enough. There is invariably a plethora of grievances in the minds of those who put their consciences and sometimes their lives on the line.

In a world that seems to be going to the dogs, whether or not ordained by the IMF, it’s somewhat heartening to be reminded that the popular will frequently continues to gravitate towards amorphous but nonetheless preferable alternatives.