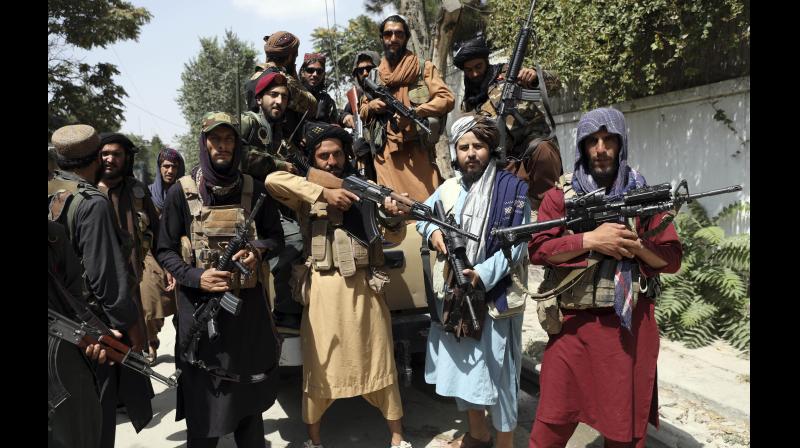 The consistent stand of India, whether it was that of the BJP-led NDA or the Congress-led UPA, was that there are no “good Taliban” or “bad Taliban”, and that the Taliban as Islamic terrorists were all bad. Representational Image. (PTI)

There are some genuine problems plaguing India’s relationship with the Taliban, though the Indian strategic games in this matter have been quite clumsy. That the Taliban have been fully supported by Pakistan is the biggest hurdle in all India-Taliban interactions. That is why, in 1996 and later India, bent over backwards to support the Northern Alliance of Ahmad Shah Masoud. Even as the Taliban had control over 95 per cent of Afghan territory in 1996, India was making a desperate bid to prop up the Northern Alliance. India had maintained a military field hospital in Mazar-e-Sharif, and airbases in Tajikistan were also being used to reach Mazar-e-Sharif. Even as some of India’s top strategy experts visited Mazar-e-Sharif, a few Indian journalists travelled to Kabul and saw the emergence of the Taliban. Parliament had roundly condemned the wanton destruction of Bamiyan Buddha statues in March 2001 because the Taliban were indulging in in-your- face fanaticism and cultural terrorism.

India’s first real brush with the Taliban came during the December 1999 Indian Airlines IC-814 hijacking, where the airliner was diverted from Delhi to Lahore to Dubai and finally to Kandahar, as it was refused permission to land in Lahore, a cunning ploy by Pakistan. Kandahar was the base of the Taliban. They did not negotiate because they did not have to. They guarded the plane even as the terrorists bargained for the release of Masood Azhar and the others. When Azhar and the two others were taken to Kandahar, from where his fellow terrorists whisked them away in a jeep, the Taliban played a dubiously neutral role throughout the hijack drama.

India had no means of dealing with the Taliban and then external affairs minister Jaswant Singh had even contemplated seeking Iran’s mediation to get the help of the Taliban as India could not have asked Pakistan to mediate with the Taliban, barely six months after the May-July Kargil war. It was also clearly implied that the Taliban had facilitated the safe passage of Masood and his fellow terrorists, even as they played a neutral role of safeguarding the plane, allowing the Indian team to land there and arrange for the Indian Airlines aircraft to be flown back. They paid an unacknowledged debt of sorts to Pakistan.

The consistent stand of India, whether it was that of the BJP-led NDA or the Congress-led UPA, was that there are no “good Taliban” or “bad Taliban”, and that the Taliban as Islamic terrorists were all bad. The position of all governments was clear: there cannot be any dialogue with the Islamic terrorists. In May 2011, when Osama bin Laden was killed by American special forces in Abbottabad, Pakistan, many Indian diplomats who had been taking part in Track Two discussions had been saying that Islamabad was trying to persuade New Delhi to talk to the Taliban, saying that the Taliban were not what they were in 1996-2001. But India seemed to have stuck to its position of having nothing to do with Islamic terrorists.

Were the Taliban really Islamic terrorists? Strictly speaking, they were a fanatical lot, and though they unleashed a reign of terror against fellow Afghans, they did not carry out terror attacks outside their own land. But India was also not too off the mark to believe that the Taliban were at least partners in Islamic terrorism. After all, their refusal to hand over Osama bin Laden to the Americans after the September 11, 2001, attacks on America proved that. The Taliban now say that they would not allow terrorist organisations to use Afghanistan as a base, perhaps a bitter lesson they have learnt from 2001.

The dilemma for India on how to deal with the Taliban remains even after 20 years. Though the Taliban are the rulers of Afghanistan, they still carry the tag, at least in the context of India-Pakistan relations, of being proxy players for Pakistan. The Taliban are sure to insist that they are only for Afghanistan and that they are not batting for Pakistan. But there is a symbiotic relationship between the two, and it seems that it’s more with Pakistan PM Imran Khan, a Pashtun himself, in the saddle in Islamabad. Pakistan has already begun to play a mediatory role in trying to convince other nations to recognise the Taliban government in Kabul. Pakistan’s close ally, China, has taken the initiative of establishing an equation with the Taliban. The Russians are keen to get back to their old role of influencing events in Afghanistan. This time it is a nationalist, traditional Russian Orthodox Church government of President Vladimir Putin that has decided to play ball with the Islamist Taliban, in contrast to the Communist and atheistic Soviet Union of the 1980s. Shia Iran, despite doctrinal differences with the Sunni fundamentalist Taliban, is not averse to keep the links with the Taliban. And because of Russia, Afghanistan’s northern neighbours, Tajikistan and Uzbekistan, are forced to adopt a neutral stance towards the Taliban. India remains isolated once again in Afghanistan, with the Taliban at the helm and Pakistan in a position of advantage.

It is hard to ignore the fact that a majority of educated, urban Afghans are opposed to the Taliban and to Pakistan’s intrusive role in the country’s affairs through the Islamist organisation, and clearly prefer the benign and democratic presence of India.

Afghanistan has been traditionally friendly towards India, much before the Soviet Union and the United States made it their playground, and Afghanistan has always been wary of Pakistan. It is the refugee problem arising out of the Soviet occupation that gave Islamabad the leverage and opportunity to set up the mujahideen groups with the help of the American government and its CIA and play a subversive role in Afghanistan.

Even after losing ground after the defeat of the Taliban in 2001, Pakistan vigorously opposed India’s role in Afghanistan, especially in security matters. The Americans were thus forced to push India to the margins, confining India’s role to economic reconstruction activities. With the return of the Taliban, transformed or not, and an Imran Khan government leaning towards Sunni fundamentalism, India again loses its toehold in Afghanistan. India will have to bide its time as the people of Afghanistan still look up to democratic India than to a hostile Pakistan.