Prague 1968: Why ‘socialism with a human face’ had failed

Students in Prague mounted a protest, and demanded to speak to Dubcek. 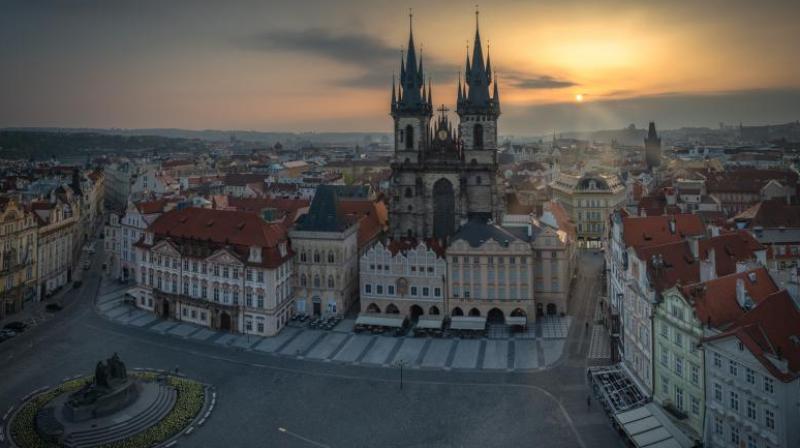 In March 1968, when Antonin Novotny resigned as the President of Czechoslovakia in the wake of a corruption scandal, a couple of months after he had been removed from the more important post of Communist Party first secretary, it fell upon his successor in the latter capacity, Alexander Dubcek, to pick a new head of state.

He went for the least popular option, Ludvik Svoboda, a former general who was considered least likely to displease Moscow. Students in Prague mounted a protest, and demanded to speak to Dubcek. He turned up to explain his choice. One student asked: “What are the guarantees that the old days will not be back?” The party leader responded: “You yourselves are the guarantee. You, the young.”

It was springtime in Prague, and by then Czechoslovakia had been in a creative turmoil for several months. The verities that had determined its trajectory since it became a one-party state 20 years earlier were crumbling under popular pressure and “new thinking” within the Communist Party. Slovakian party leader Dubcek’s ascendancy to the top job brought with it official intimations of “socialism with a human face”.

Soviet Communist Party leader Leonid Brezhnev had refused to intervene on behalf of Novotny when the latter sought Moscow’s assistance to stay in office. Dubcek had spent several of his formative years in the Soviet Union and was seen as a safe pair of hands.

Dubcek was keen not to aggravate the men in Moscow. There was little talk of Czechoslovakia distancing itself from the Soviet Union, let alone quitting the Warsaw Pact, as Hungary had been inclined to do a dozen years earlier, before it was invaded by its purported comrades to restore the status quo ante. What’s more, opinion polls from 1968 that around 90 per cent of Czechoslovak citizens favoured greater freedom within the socialist context rather than any reversion to capitalist orthodoxies or bourgeois democracy.

Notwithstanding Dubcek’s inclination towards gradualism, the freedom of expression and the indiscriminate right to travel abroad that Czechoslovakia had offered its citizens perturbed the party patriarchs in neighbouring states, not least Wladyslaw Gomulka in Poland and Walter Ulbricht in East Germany. The idea of essential freedoms within socialism was anathema to Moscow, too, even though it initially baulked at the idea of a military intervention — before eventually convincing itself that Warsaw Pact troops would be greeted with flowers, just as Red Army soldiers were in 1945.

Fifty years ago this week, on the night of August 20-21, after numerous efforts to verbally coerce the Czechoslovak party leadership failed to bear adequate fruit, Soviet tanks rolled in. Czechoslovakian youth greeted the invasion with Molotov cocktails rather than flowers. Even Svoboda refused to sanctify the violation of sovereignty, threatening to commit suicide instead. Most party leaders were imprisoned before they were produced at so-called negotiations in Moscow. They, including a heavily sedated and possibly brutalised Dubcek, eventually caved in. On their return to Prague, a demoralised Dubcek sought to convey the impression that the hiatus was temporary. He was removed as party leader the following year, and temporarily became head of the federal parliament. When he returned to the latter post 20 years later, he was still a popular figure, but the possibility of “socialism with a human face” no longer existed. Today, the Communist Party of Bohemia and Moravia props up a right-wing, vaguely pro-Moscow government in the Czech Republic, long separated from Slovakia, which also veers to the right.

In his stint as party leader, Dubcek faced many of the same conservative and radical pressures that Mikhail Gorbachev encountered in the 1980s; it is probably no coincidence that Zdenek Mlynar, one of Gorbachev’s closest friends at Moscow University, was, as central committee secretary, one of the leading lights of the Prague Spring. Perhaps the biggest fear in 1968 was that the Czechoslovak example would fire up similar ambitions elsewhere in Eastern Europe. But the idea of democratic socialism also scared the capitalist powers, and criticism of the Soviet action was therefore somewhat muted in the West, even though many Communist parties — including those of France, Italy (both of which were then fairly formidable political forces), Romania, Yugoslavia and China — decried the subjugation of Czechoslovakia.

There can be little doubt that Eastern Europe’s trajectory — and that of the Soviet Union, which fell into a period of stagnation thereafter —would have been very different had the Czechoslovak experiment been permitted to continue.

Thousands of miles away in Chicago the same week, police brutality against young protesters outside the Democratic Party convention, exemplified the fascist tendencies of the American state. The alternative is still struggling to be born.